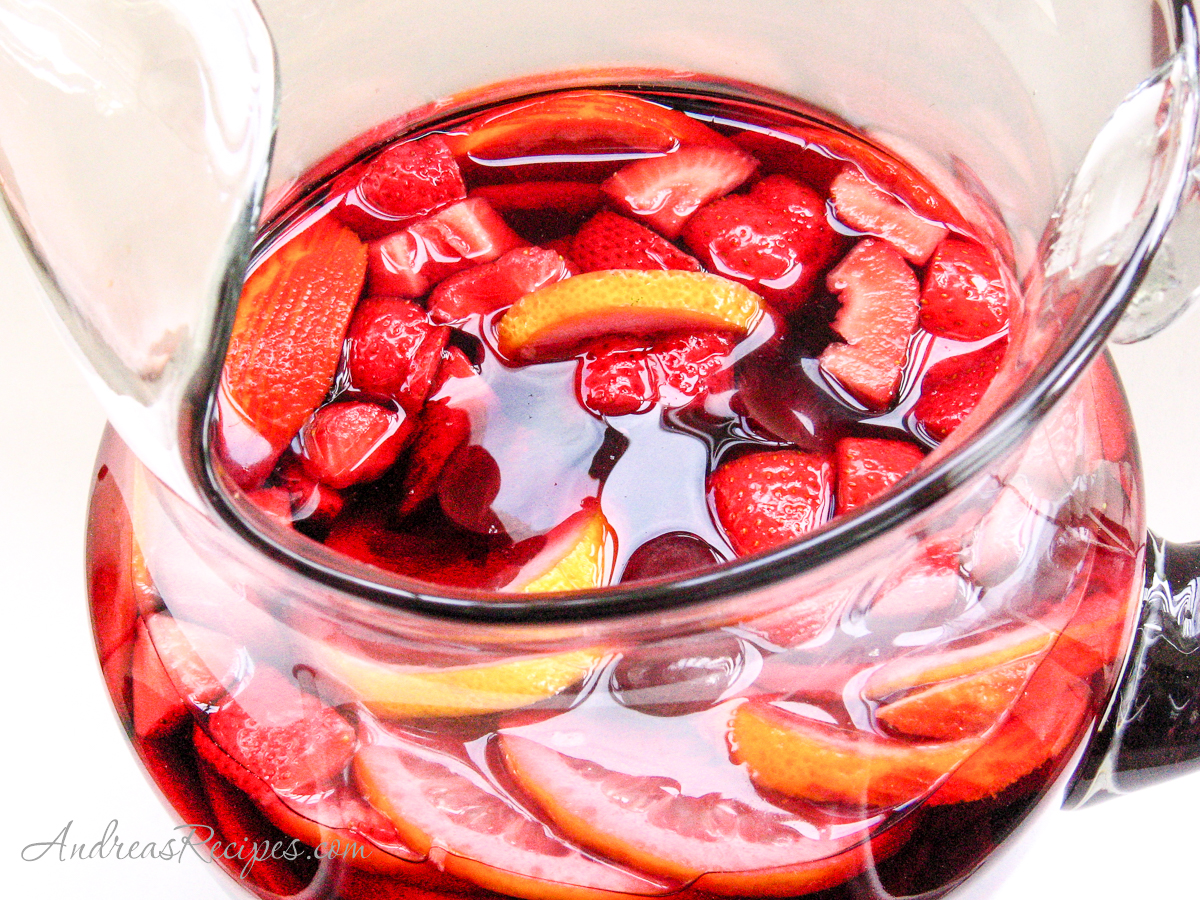 Ev is my best girl friend, and she and I have been enjoying each other's company over good food for almost 14 years. We met in 1993 in Bogotá, Colombia when I was teaching at the embassy school, and our favorite haunt was a little Japanese store and sushi bar around Calle 98 and something or other (long time ago, memory a bit sketchy on location). Asian food was scarce and expensive in Bogotá, and it was such a *treat* for us to enjoy some Japanese food. We hung out together quite a bit during our first year there, then the next year she left to do Peace Corps work in Africa, and I later headed to Saudi Arabia.

A few years later we met up again when we were both living in Chicago. She had married her Peace Corps partner from Africa, and she and I would go for a girls' day or evening out to a local Korean restaurant and grocery store near Lincoln Square. When I got a new apartment in Logan Square, she would stop by for cocktails on Friday evenings after work and we would chat over some really good margaritas at a little hole-in-the-wall place near my apartment. We enjoyed many of those margaritas! After a couple years I moved on to the DC area and Ev and her husband and son stayed in Chicago.

As fate would have it, she and her family ended up in the DC Metro area a few years later, and once again we were able to have some great girl talk over good food. This time our spot was a tapas bar in Old Town Alexandria where we really enjoyed the sangria! After about a year Michael and I moved to Hampton Roads, and she and her family went overseas again.

When Ev and I got together again in March of this year, we had not seen each other in four years, but it didn't feel that way at all. We picked up right where we left off, as if we had just had a girls' night out the week before. She was in the DC area for work, and coincidentally we had moved back to the area that same week. The house was sporting that "just moved in look," but she took it like family and stayed in our guest room, the only room in the house that we had managed to get ship-shape before she arrived. It was a bitterly cold, snowy night, but we headed out anyway for some good Asian food and conversation at a local Thai/Japanese restaurant.

We've woven a thread in and out of each other's lives over the years, and I venture to say that Ev and I will still be having girls' night out when we are grandmas, even if we're in different parts of the world and only get to see each other once a year or so. But every time I drink sangria or a margarita or enjoy some sushi, I think about all the good times we've had over food and drinks. So this Cinco de Mayo weekend, I'm making sangria to celebrate our friendship and I'll drink a glass for Ev and her family. I know, sangria is Spanish, but that's ok. It still goes well with Mexican food.

To make this lower-calorie use a white moscato wine instead of the chardonnay and reduce or eliminate the sugar. It will be slightly sweet without all that sugar. 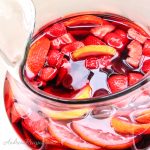 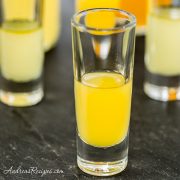 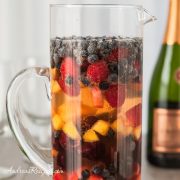 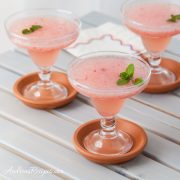