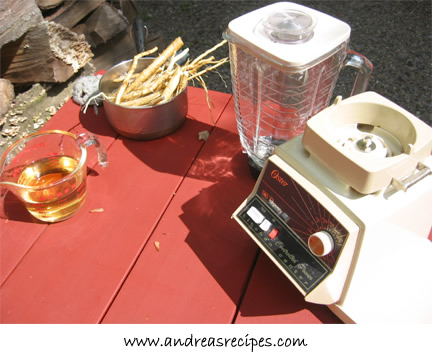 I love it in cocktail sauce, but I can’t do it straight. Prepared horseradish is a condiment that I did not have during childhood, although we probably should have grown the plant because it would have cured every cold I ever got. The heady, strong smell of prepared horseradish clears your sinuses pretty quickly. Michael loves it spread on meat or as a sauce for sandwiches, but he also likes to eat really hot peppers. He rarely ever gets a cold, so I may have to give the horseradish and hot pepper preventive a try.

His parents grow horseradish at their camp in the Adirondacks, and his father made a batch while we were visiting last week, so of course I had to capture his process. They don’t keep a food processor at the camp due to kitchen space, so they use a blender instead. Michael sampled the batch and proclaimed it “good, with a slow burn.” Michael’s uncle has a bunch of plants that grow wild on his property, and he rotates the harvest over a three year period so that the roots have time to grow back strong. Some of the roots that he has dug up are over an inch thick.

Horseradish can be grown as both an annual or a perennial depending on your hardiness zone. To grow your own as a perennial, plant it and leave it alone for at least a year before digging up anytime during spring through the first frost. Then cut away the roots, leaving a small amount just below the stems, and replant the stems for next year. Harvesting just after the first frost gives maximum heat to your prepared horseradish.

Making horseradish is really pretty easy, but it’s one of those jobs that’s probably best done outdoors unless you want that strong smell to hang around your house for a while. Horseradish freezes well, just put it into small containers and cover with a layer of plastic wrap before sealing. And if you are looking for ways to use it, check out Foodily.com’s list of recipes with horseradish.

In response to a number of requests, I checked with the National Center for Home Food Preservation about canning horseradish at home, but they currently have not identified a safe, tested method for home canning. Their recipe for pickled horseradish sauce recommends storing in the refrigerator.

1. Dig up the horseradish. 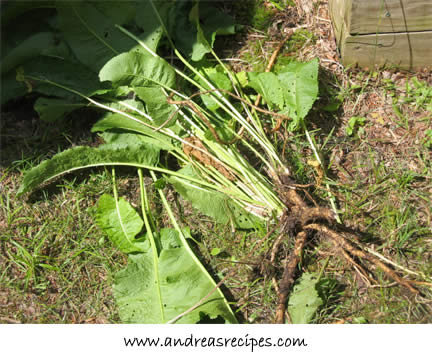 2. Rinse the roots and cut just below the base of the stems. Set the stems aside to replant as they will grow new roots. Scrub the roots clean and cut into 2″ pieces. 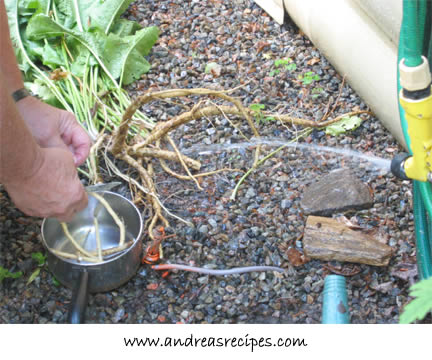 3. Pour the cider vinegar and water into the blender. Add all the cut roots. Add water to the full line and cover. 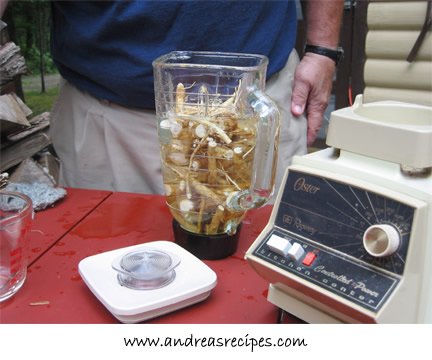 4. Blend for several minutes until the roots are finely ground. Strain the away the liquid. Store in a well-sealed plastic container. 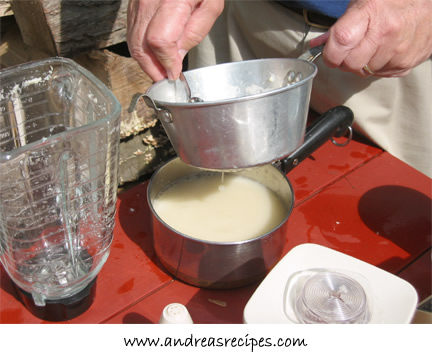 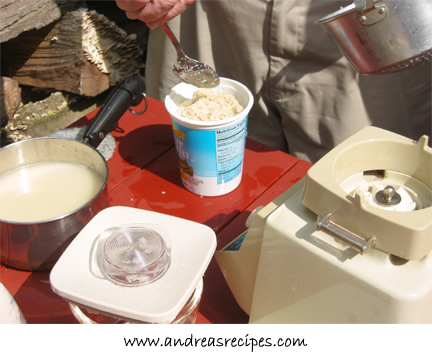 Food processor instructions: Pour the cider vinegar, 1/2 cup water, and the cut roots into the processor bowl and cover. Do not add more water. Process until the horseradish is finely ground and strain as above.