Home » Make Your Own 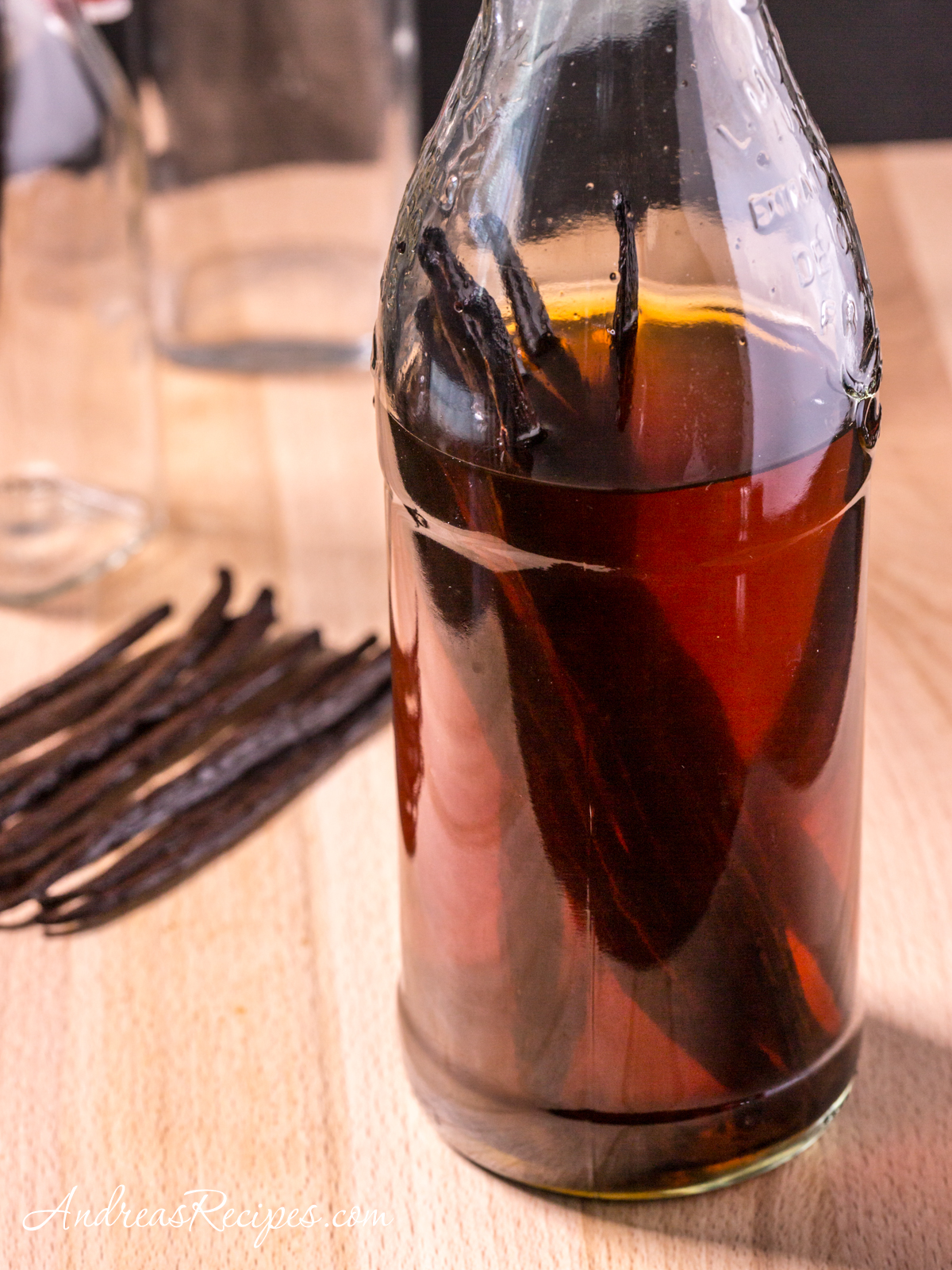 That's pretty easy math! The process is simple and the equipment list very short: you only need a jar or bottle with a tight-fitting lid. There was a time when I would have said that the biggest part of that equation was the vanilla beans due to their cost, but the internet is making them more easily and inexpensively available. If you buy beans by the half-pound or by the pound, you can save quite a bit of money. Check out the recommended list of online vendors at the end of this post. 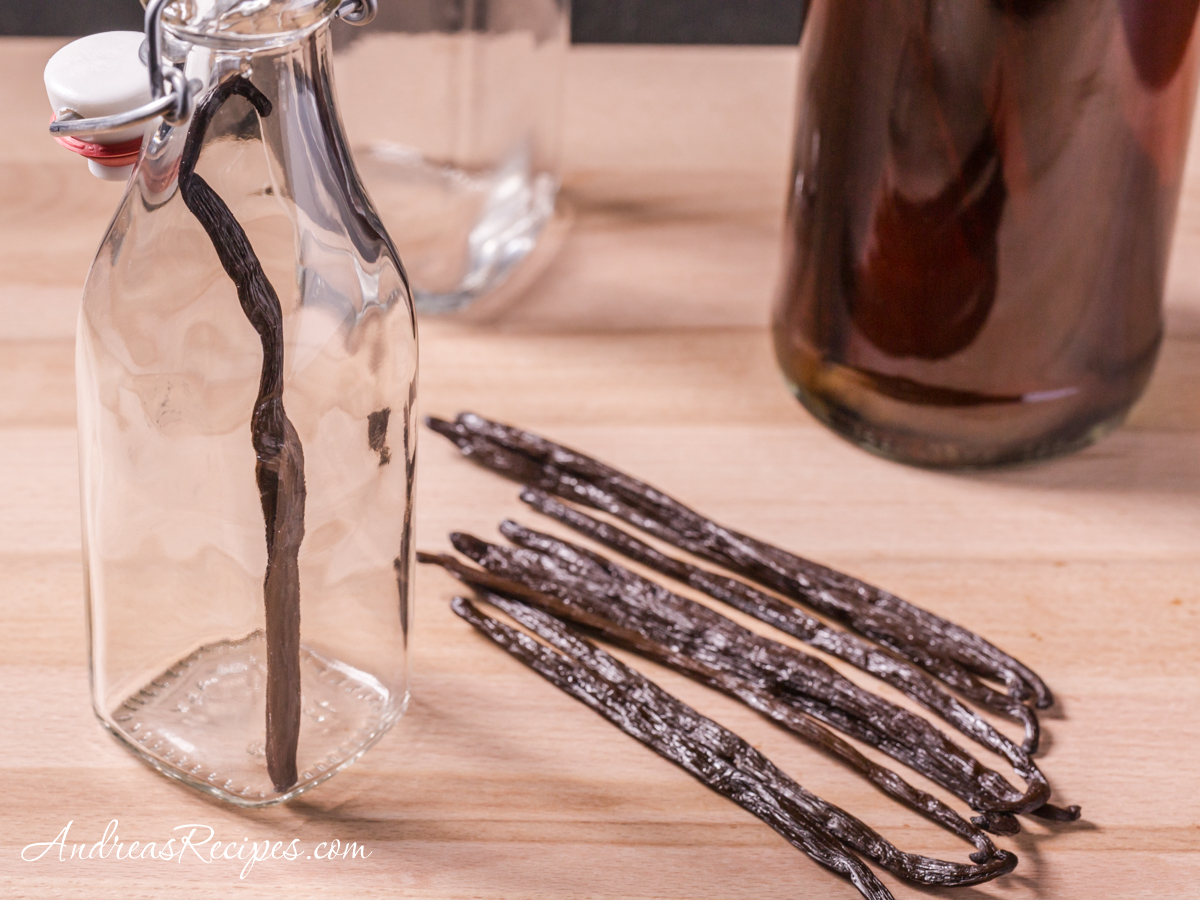 The biggest thing you need is time, because the mixture needs to sit for about 8 weeks to reach its full potential. However, do not fret thinking that you are too late for Christmas gift giving, because you can start now and include a little note with your gift stating when the vanilla will be ready. It's like a gift that keeps on giving! And if you plan to keep some for yourself, which you should, you can continue adding vodka and beans to perpetuate your stash. 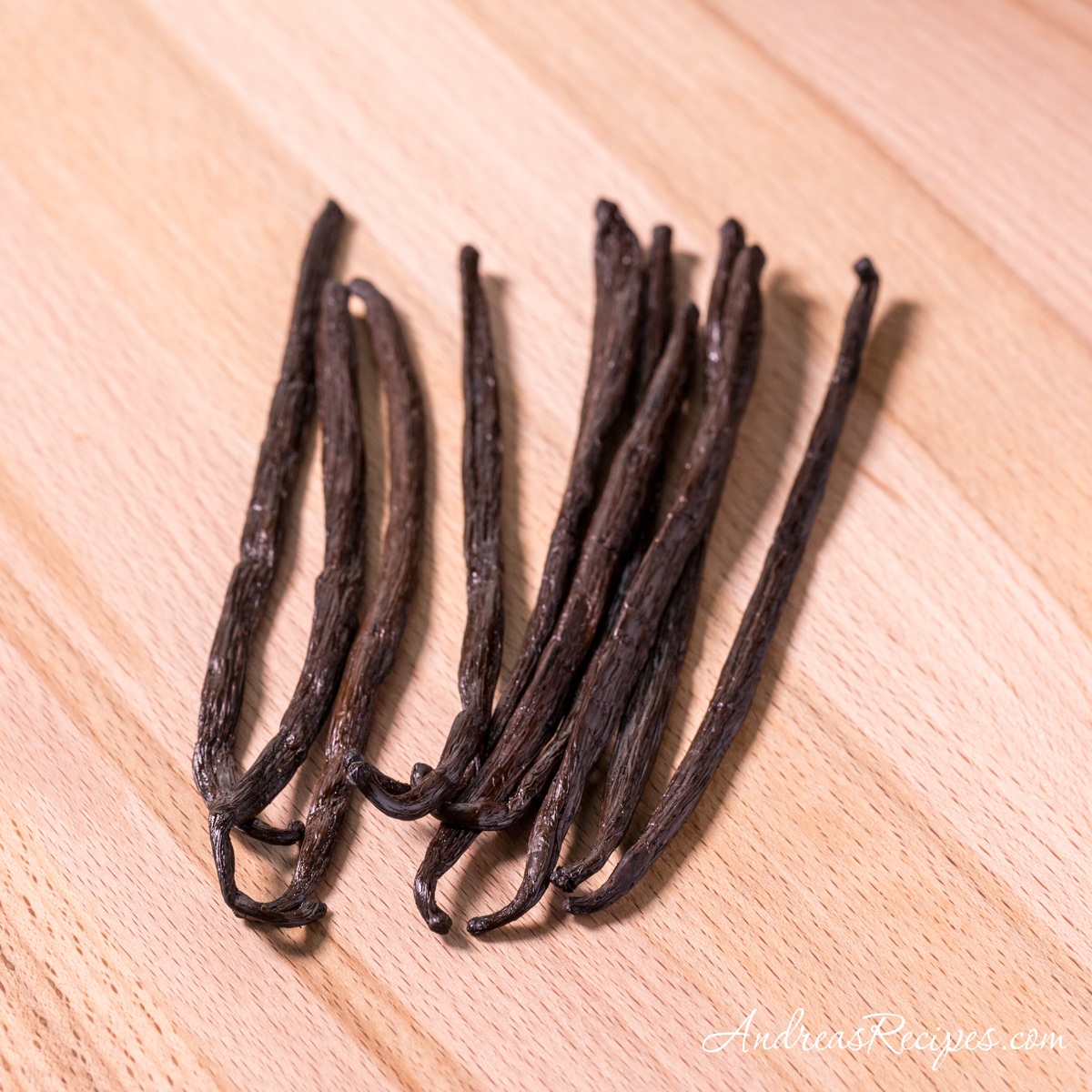 The vanilla orchid plant Vanilla planifolia is native to Mexico but is now grown throughout the tropics, with Madagascar being the world's largest producer and accounting for 59% of the total world production. Other species of vanilla orchid are also used for production, though the amount of vanillin in each species varies. The green pods on the plants do not have any of the aroma associated with vanilla, and the pods are aged for several months before they turn dark brown to black and are considered ready for use.

(Additional information added Nov. 7, 2007) Storing vanilla beans is pretty easy, just keep them in an airtight container at room temperature. According to Nielsen-Massey, if stored in this manner, they will keep for at least two years. Do not store them in the refrigerator, as they tend to mold.

If you need gluten-free vanilla, make sure to verify that the vodka is gluten free. It's always a good idea to check the vodka producer's website for updated information.

Making your own extracts, oils, and spice mixes is a fun way to give gifts at Christmas time, and those kinds of food gifts can go under the tree without having to worry about spoiling. This is my contribution to an event celebrating homemade gifts called Spoonful of Christmas hosted by Zlamushka's Spicy Kitchen (Sweden, gone dark). 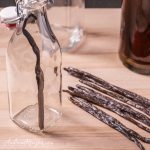 Recipes with Lots of Vanilla Flavor 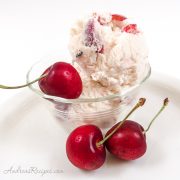 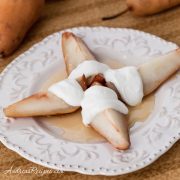 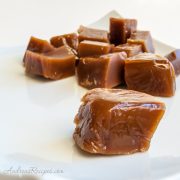