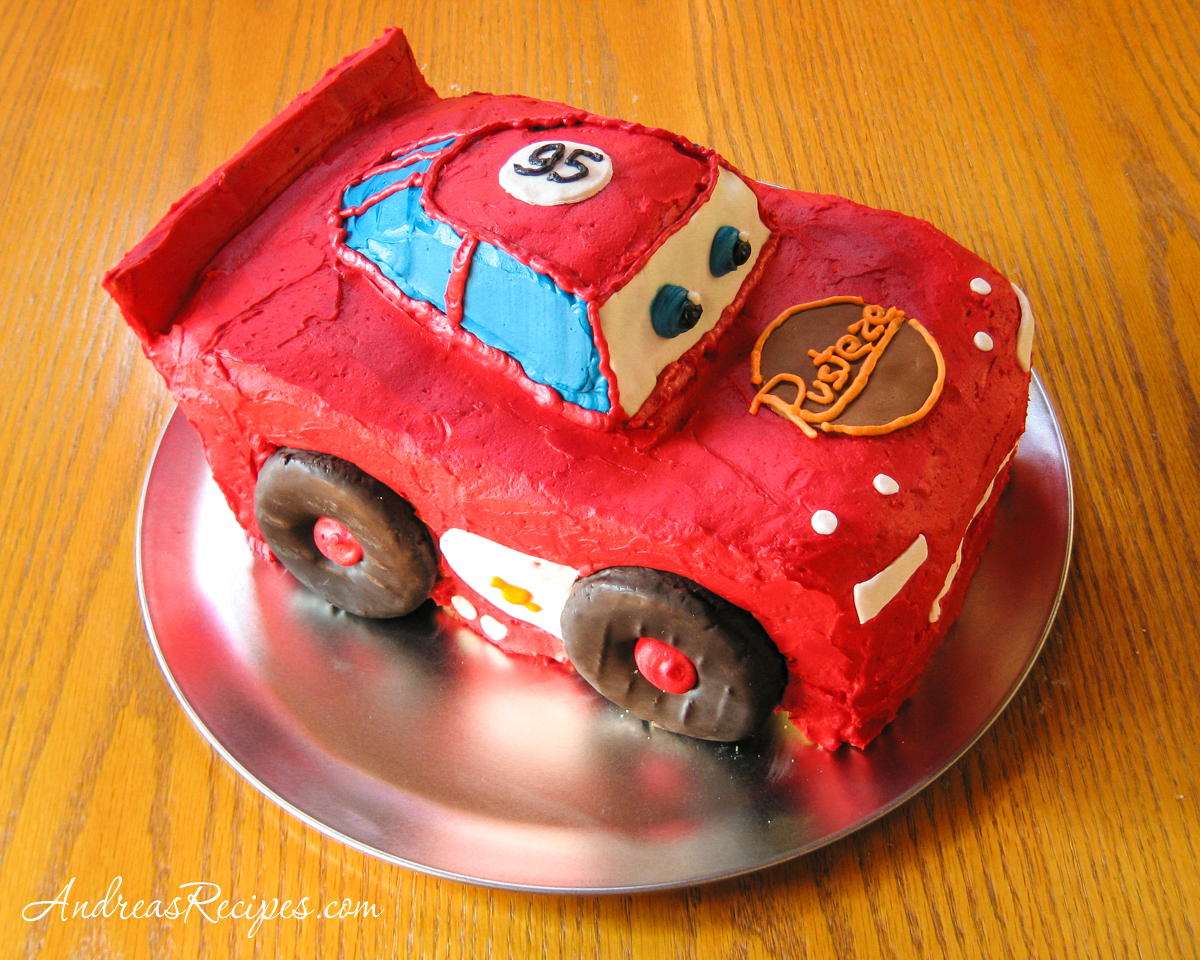 We like to make our own birthday cakes, and this is the second time that we've tackled the Pixar's Cars theme this year. The first time Michael made a model of the race track, but he wasn't pleased with the results. This time he made a model of Lightning McQueen and he is much happier with how the cake turned out. Our boys liked the cake so much that the very next day our 3-year-old started asking Daddy to make Mater for his birthday cake. "Mommy, you make the cake, and Daddy, you decorate it!" he commanded in his sweet excited voice. He still asks every day even though his birthday isn't until June!

This birthday celebration was for our oldest, who turned 5 in November. He requested a Lightning McQueen cake and wanted the flavor to be yellow. I've tried a lot of yellow butter cake recipes, but so many of them just don't have a good texture or flavor. For this cake I tried the All-Purpose Buttery Yellow Cake recipe in my America's Test Kitchen Family Cookbook, and I have to say we were very pleased with it. The cake was built with three 9x13 layers, graham crackers, and chocolate covered donuts, then covered with red butter cream frosting and detailed with more butter cream and a few pieces of fondant. This was one large cake and it could easily serve 28 people or more depending on how you cut the pieces. For a smaller cake, you can use mini chocolate covered donuts and just two 9x13 layers. We used a Fisher-Price Shake 'n Go™ Lightning McQueen as the model for the cake. 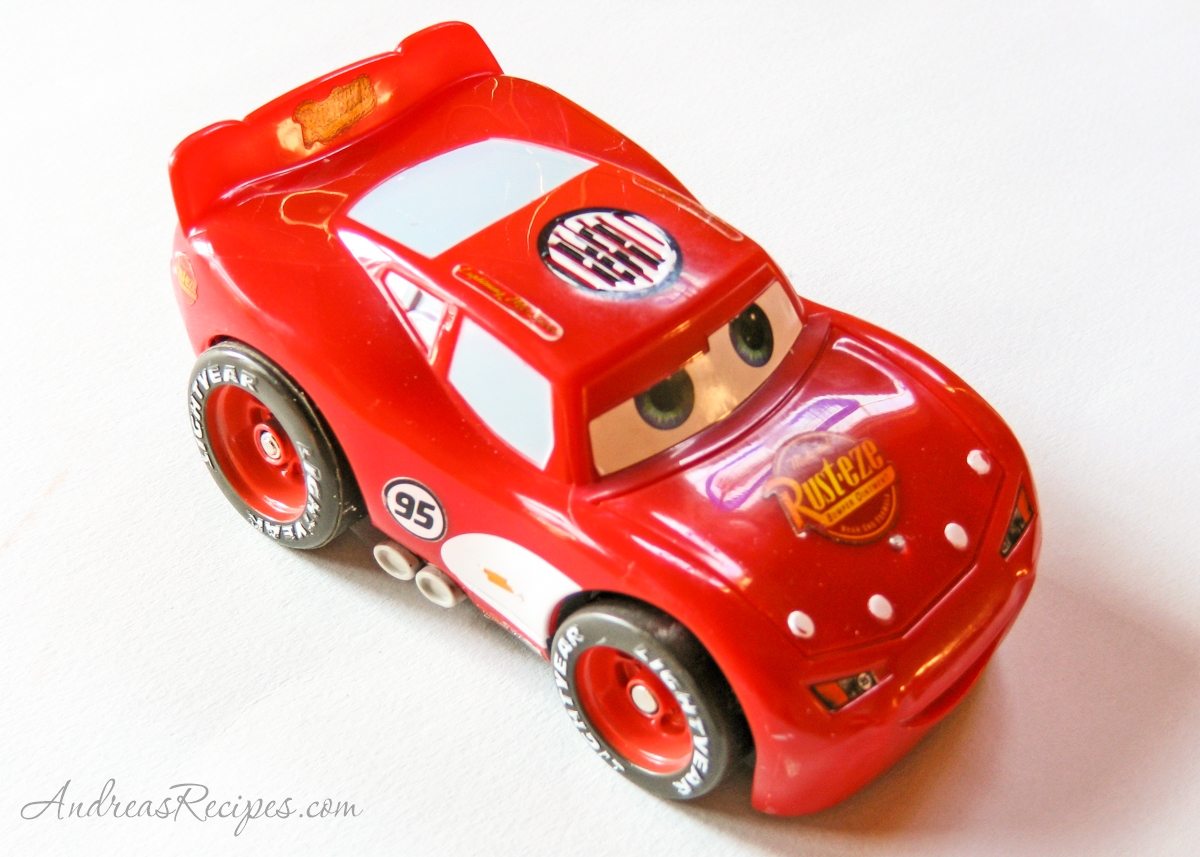 As with our previous cakes, this one is 100% edible, though you can skip eating the fondant pieces if you want. The marshmallow fondant tastes better than regular fondant, but we're not fans. Still, fondant is the way to go if you need a very smooth surface on a cake, and it works well in the few places we needed it for Lightening McQueen. We used Wilton gel colors and basic liquid food coloring for both the butter cream and the fondant. Michael tried to make as much detail as possible, though at 2 am he was getting a bit tired!

You can make the cakes and frosting a day ahead, and the cakes actually handle better if you let them sit overnight. Keep the frosting in the refrigerator until you are ready to use it, and then allow it to come to room temperature before attempting to decorate the cake, otherwise it will be too stiff to work with. We tried a new butter cream recipe this year and we *love* it because it uses heavy cream and unsalted butter, no shortening. The flavor is so much better. The only disclaimer is for temperature and humidity. In hot humid weather, a pure butter frosting will start to soften and separate and even run down the cake, which is why the shortening is added because it acts as a stabilizer. In cool weather, I say go for the pure butter cream!

The butter cake and the butter cream frosting recipes are adapted from my America's Test Kitchen Family Cookbook, and the marshmallow fondant recipe was posted in the Wilton.com forums. The cake recipe makes one 9x13 cake, so you'll need to mix two or three batches depending on how large you make your cake. The butter cream recipe makes three cups, and you'll need two to three batches of it. We cheated a bit by using plain white frosting in between the cake layers rather than making more red, but you can certainly use red frosting if you prefer.

The red frosting is challenging because it's hard to make a really deep red, and you can go through an entire jar of Wilton Red for just one cup of frosting. Because you are making a large amount of frosting and need the red to be as deep as possible, you'll want to use the No-Taste Red which doesn't have FD&C red #3, otherwise the frosting will take on a bitter flavor. Here are some tips to help deepen the color of your red frosting: 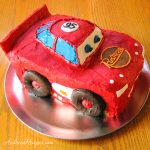 Yellow Cake (Make two or three batches, one batch for each layer.)

Buttercream Frosting (Make two or three batches, one for each layer.) 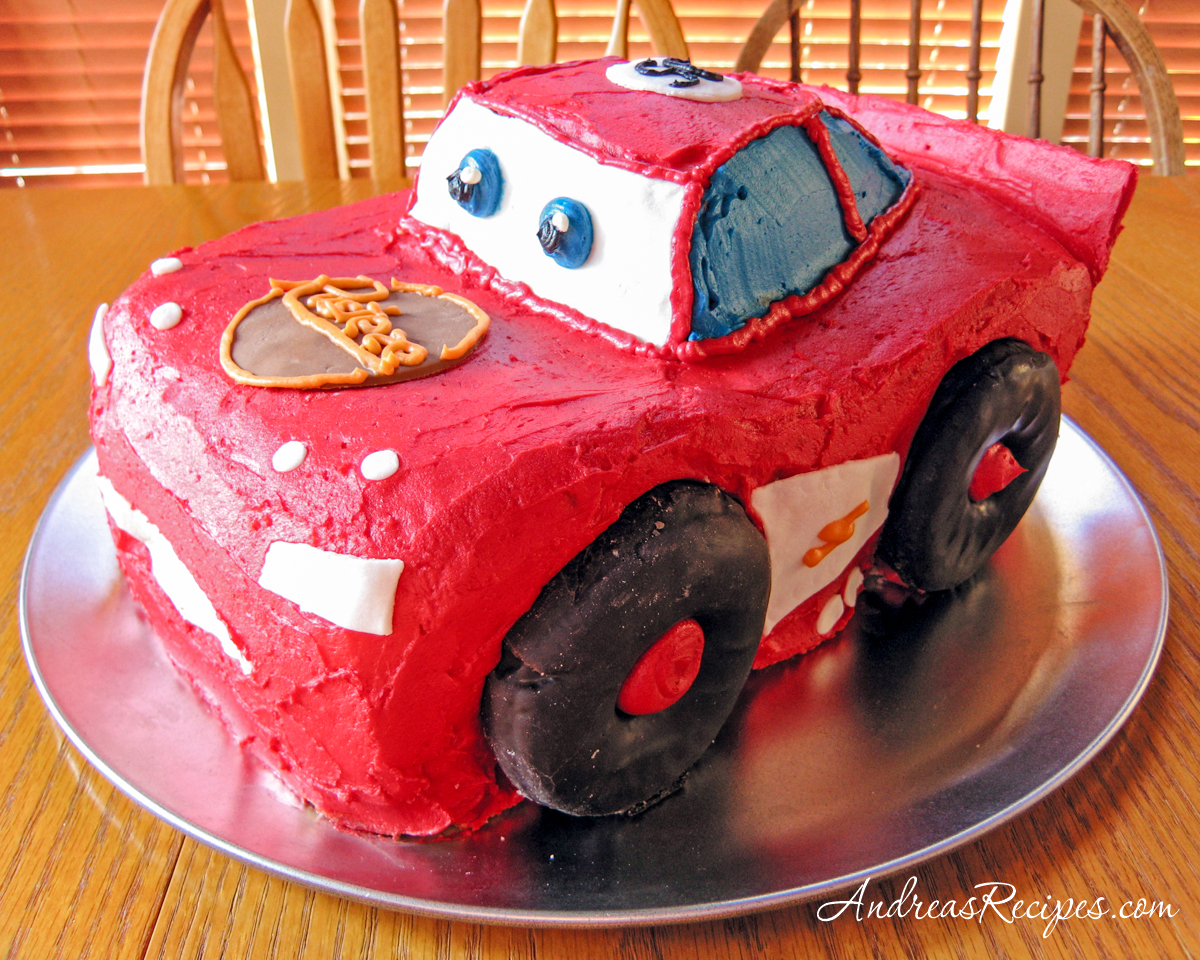 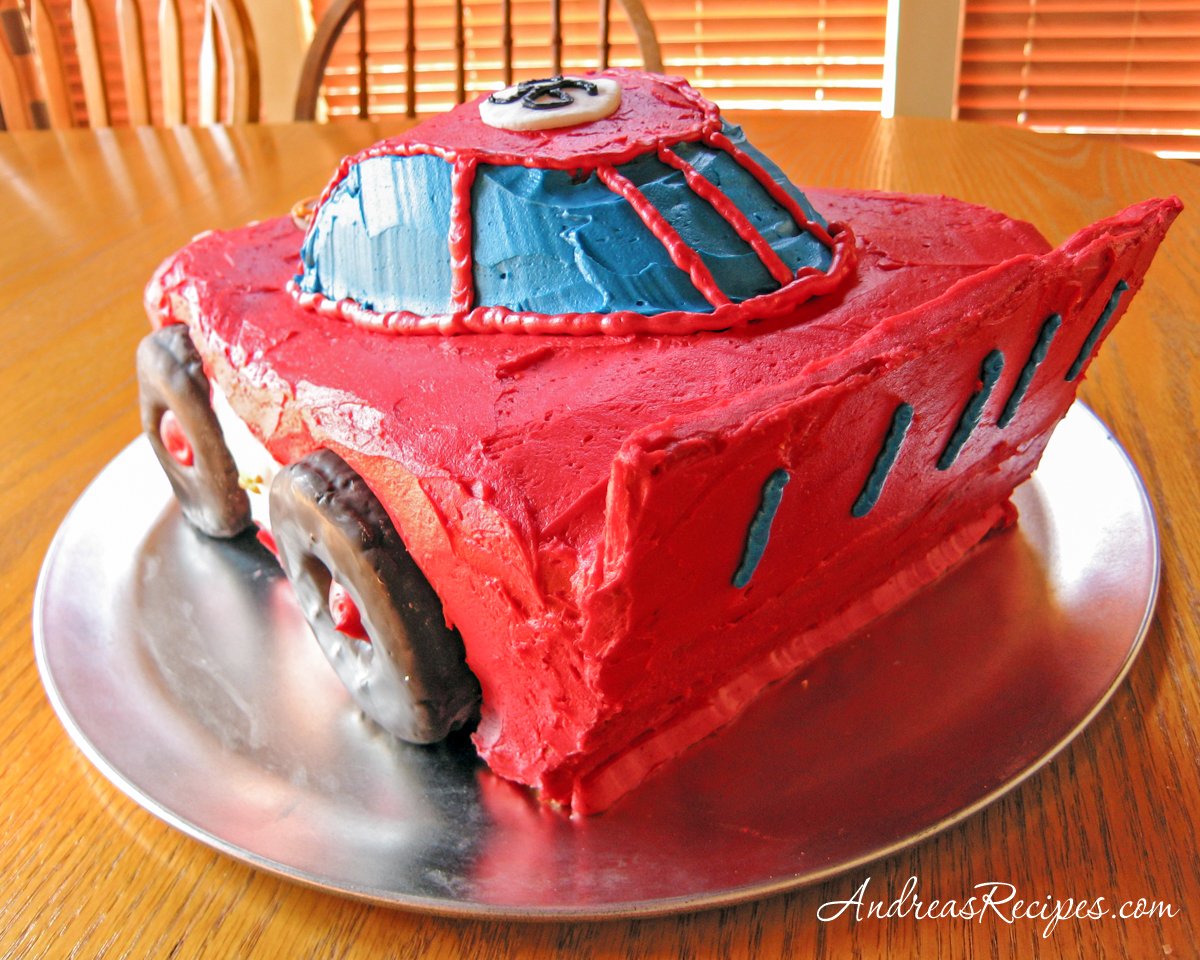 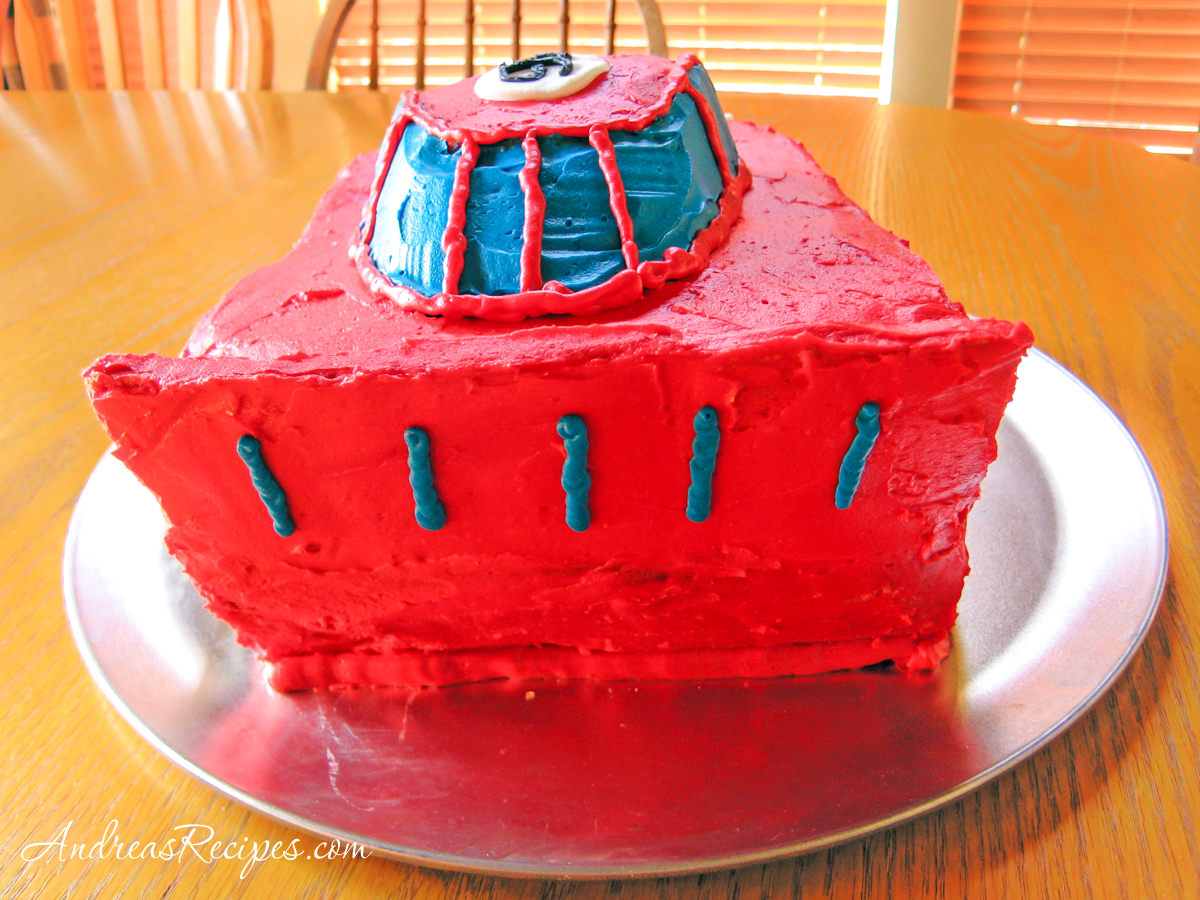 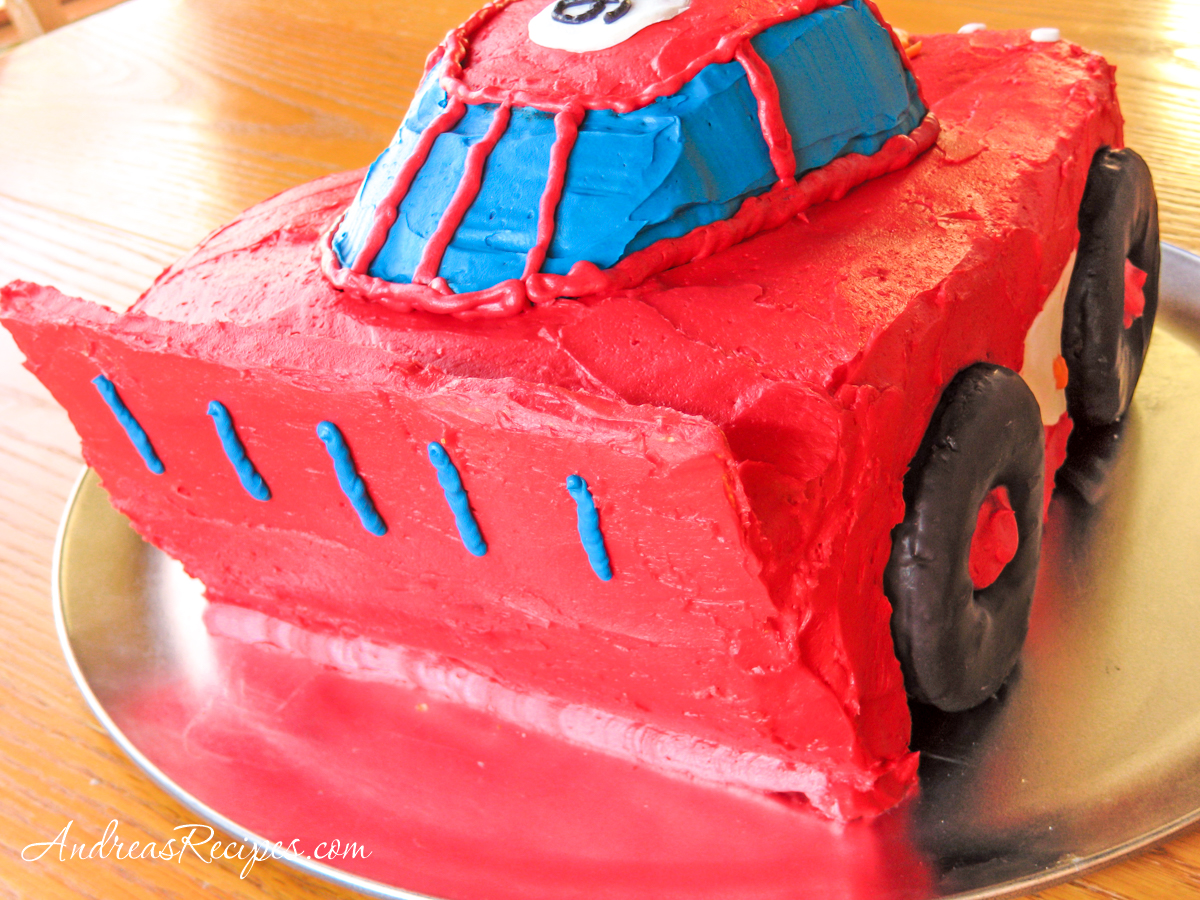 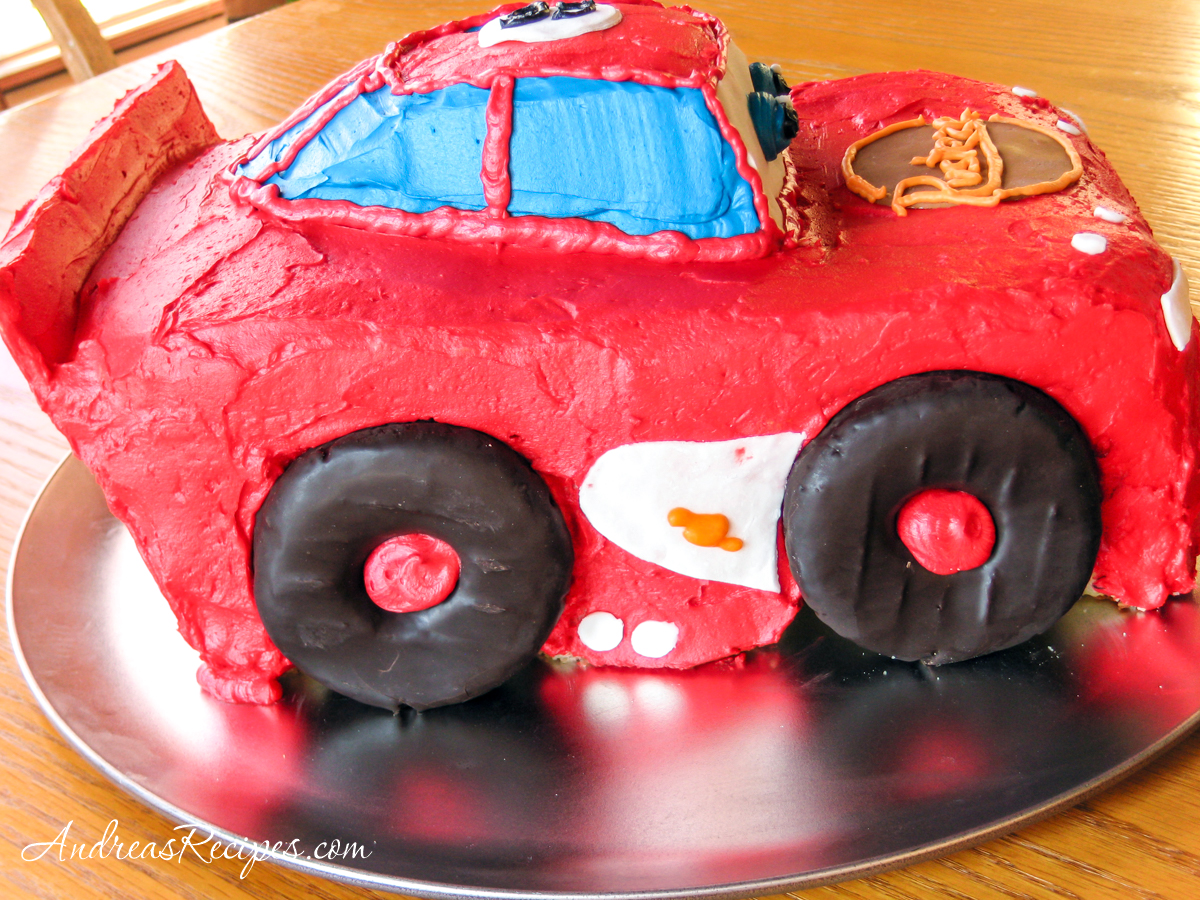 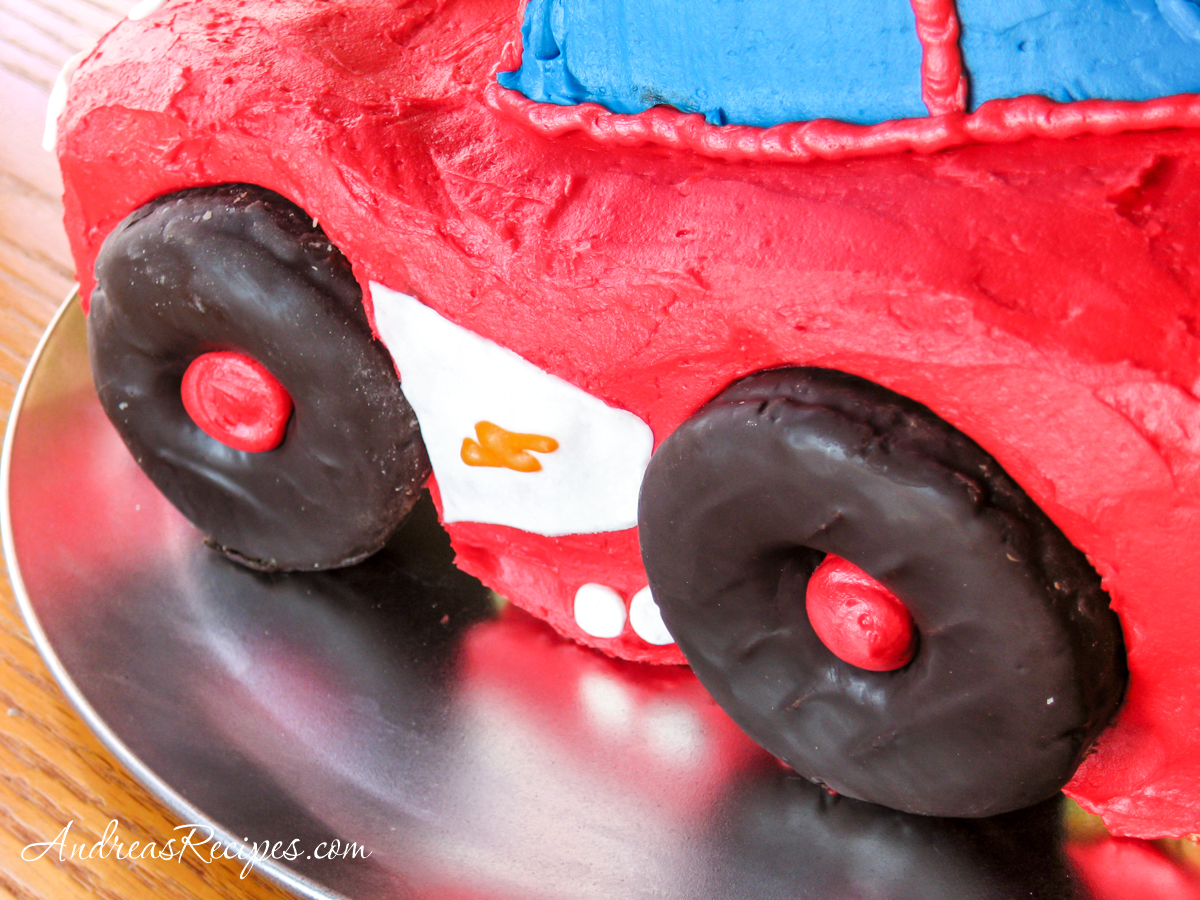 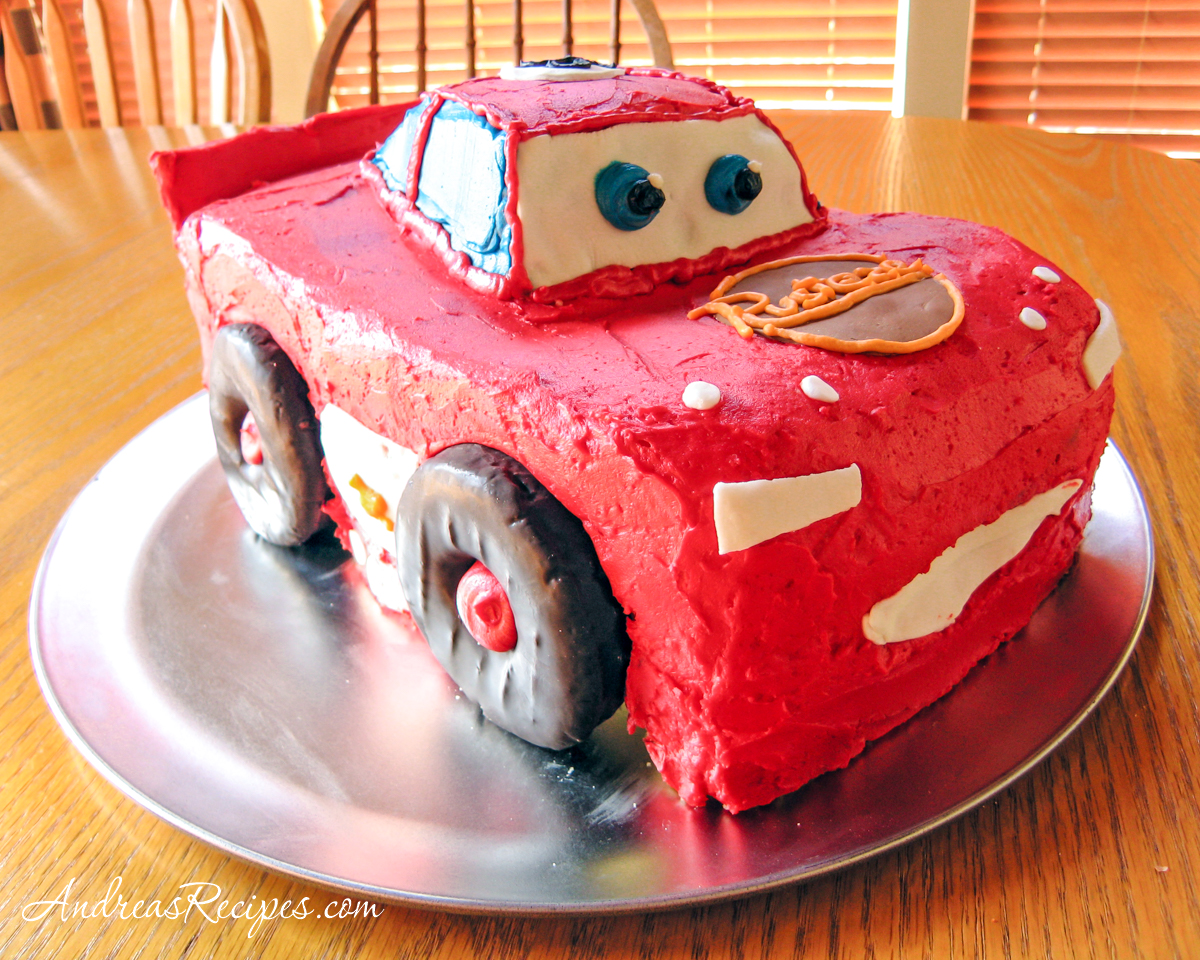 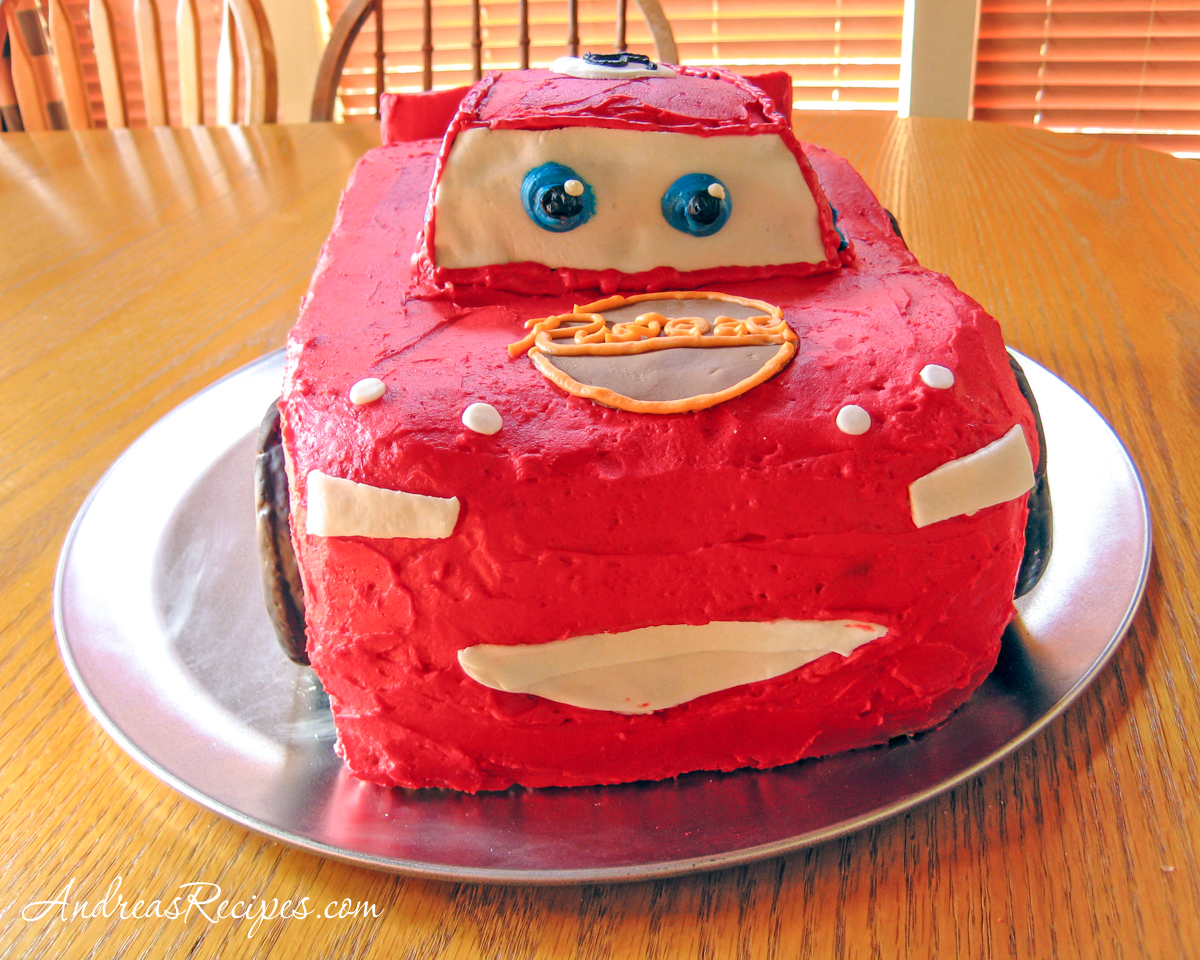 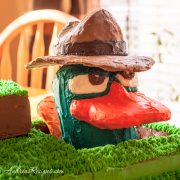 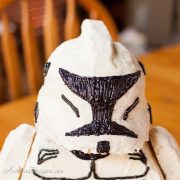 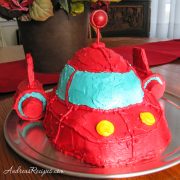