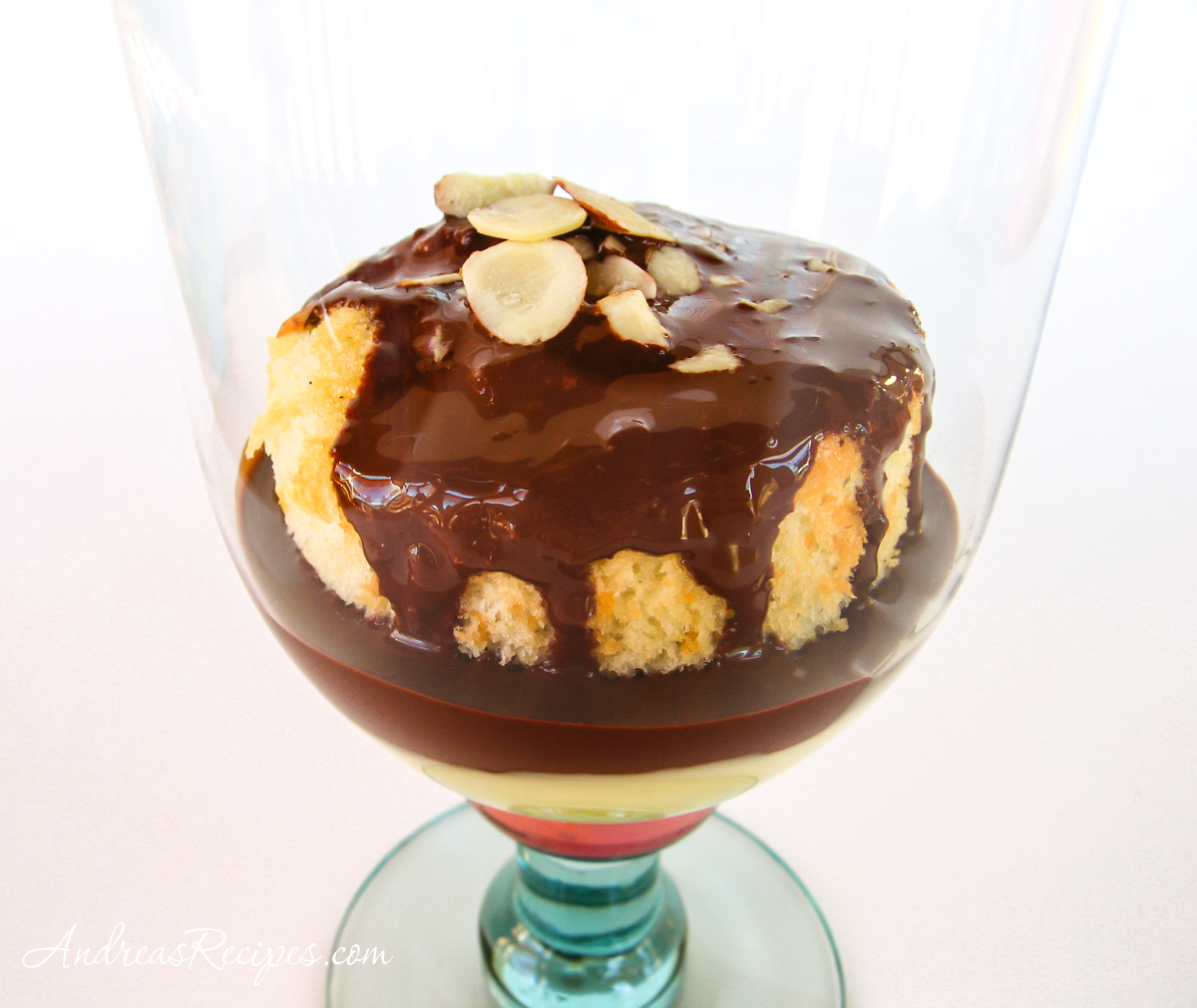 Chocolate. Custard. Cake. Three of my favorite things all wrapped in one delicious dessert. Each part is simple and enjoyable on it's own, but together the parts form a perfect whole. For the October Daring Bakers challenge, Mary of Alpineberry chose this Bostini cream  pie that she enjoys at Scala's Bistro in San Francisco but had never made herself. I was excited to start the challenge, and I was especially excited to use my very first vanilla bean.

Back in May, Tara of Seven Spoons hosted Sugar High Friday and chose the theme Neutral Territory: Tasting the Many Shades of White. One of the desserts that caught my eye was a simple French Vanilla Ice Cream presented by Cindy of Food Migration. She had used the recipe from The Perfect Scoop, and in her post she mentioned that they were awash in vanilla beans. How can a mere mortal living in North America be awash in costly vanilla beans? Cindy broke her silence and revealed her source, setting me off on a mission to find vanilla beans in a price range that I could afford. A few months later, I spent some of my fun money and ordered some Tahitian vanilla beans (Vanilla tahitiensis). 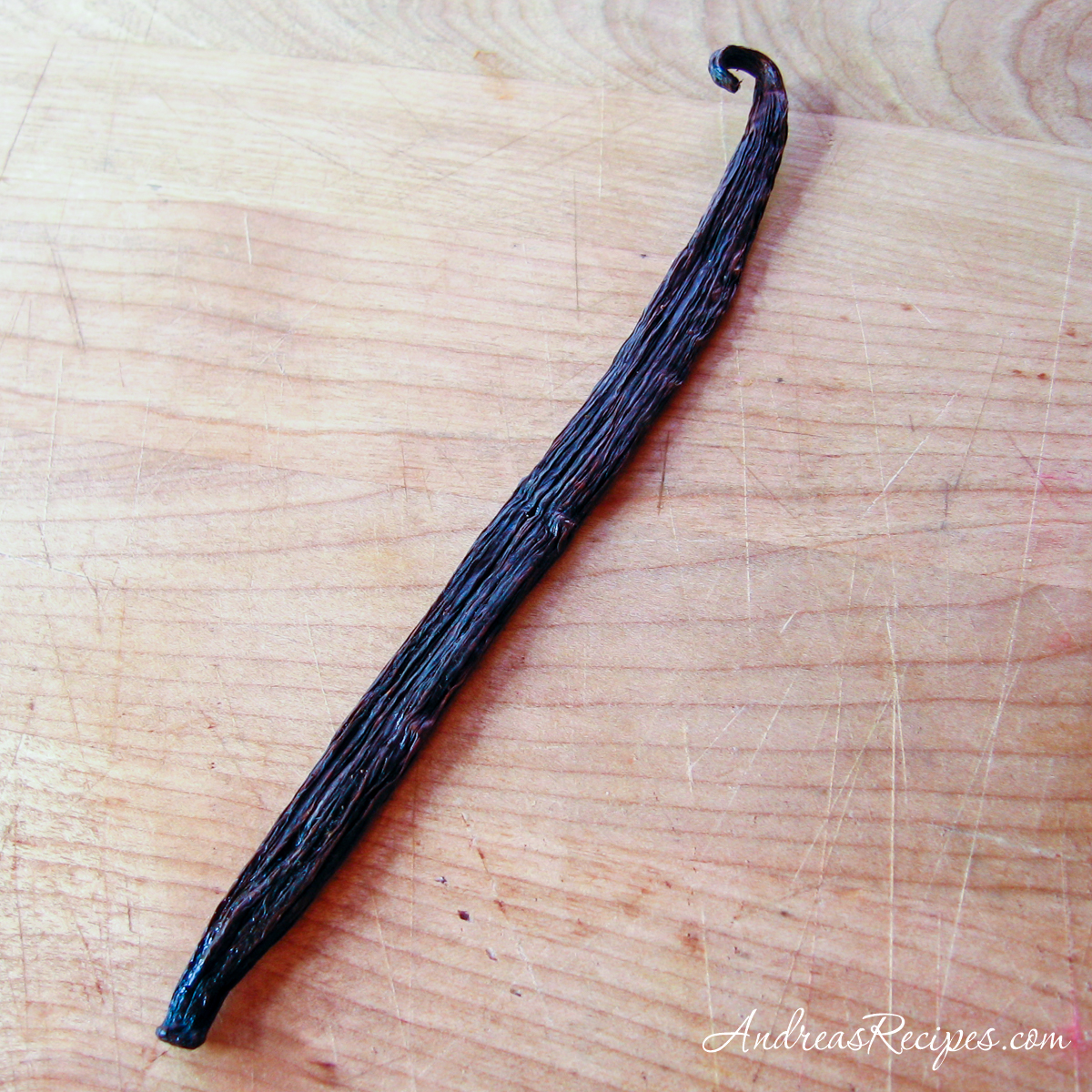 The main species for harvesting vanilla, Vanilla planifolia, is native to Mexico, though it is grown throughout the tropics and Madagascar is now the largest producer. This is one item I cannot grow in my Northern Virginia garden! I'm not totally convinced that there is enough difference in flavor between Grade A and Grade B beans that I or any other home cook should shell out a substantial amount of money for Grade A beans, although beans from different regions do have subtle differences due to the amount of vanillin present in each species. I'm pretty happy with the Tahitian beans, though I think next time I'll spring for some Madagascar or Mexican beans for a little taste test.

For the Bostini challenge, the recipe calls for half a vanilla bean in the custard and orange juice and zest in the cake. We were allowed a few options for modifications, and I chose to do two of them: halve the recipe and substitute for the orange flavor because the chocolate-orange combination is not a favorite in our house. I chose to use milk, almond extract, and the remaining vanilla bean in my cake instead of the orange juice and zest. As for halving the recipe, some of the amounts did not halve easily, so I spent a fair amount of time checking and double checking amounts with a calculator just to be sure I had it right. The recipe I have written here reflects what I did this time and what I will do next time, but you can find the full original recipe at Alpineberry.

As for my experience, the custard went amazingly well. I stayed on top of it the whole time and it set up just right. The straining step helped eliminate the few lumps in the mixture and it set up nice and creamy, not like a flan, but more like a pastry cream. I tried to mold the shape in small bowls, but it really doesn't work that way, so the next time I will just put all of the custard into a single bowl in the frig and then scoop out servings when plating the dessert. 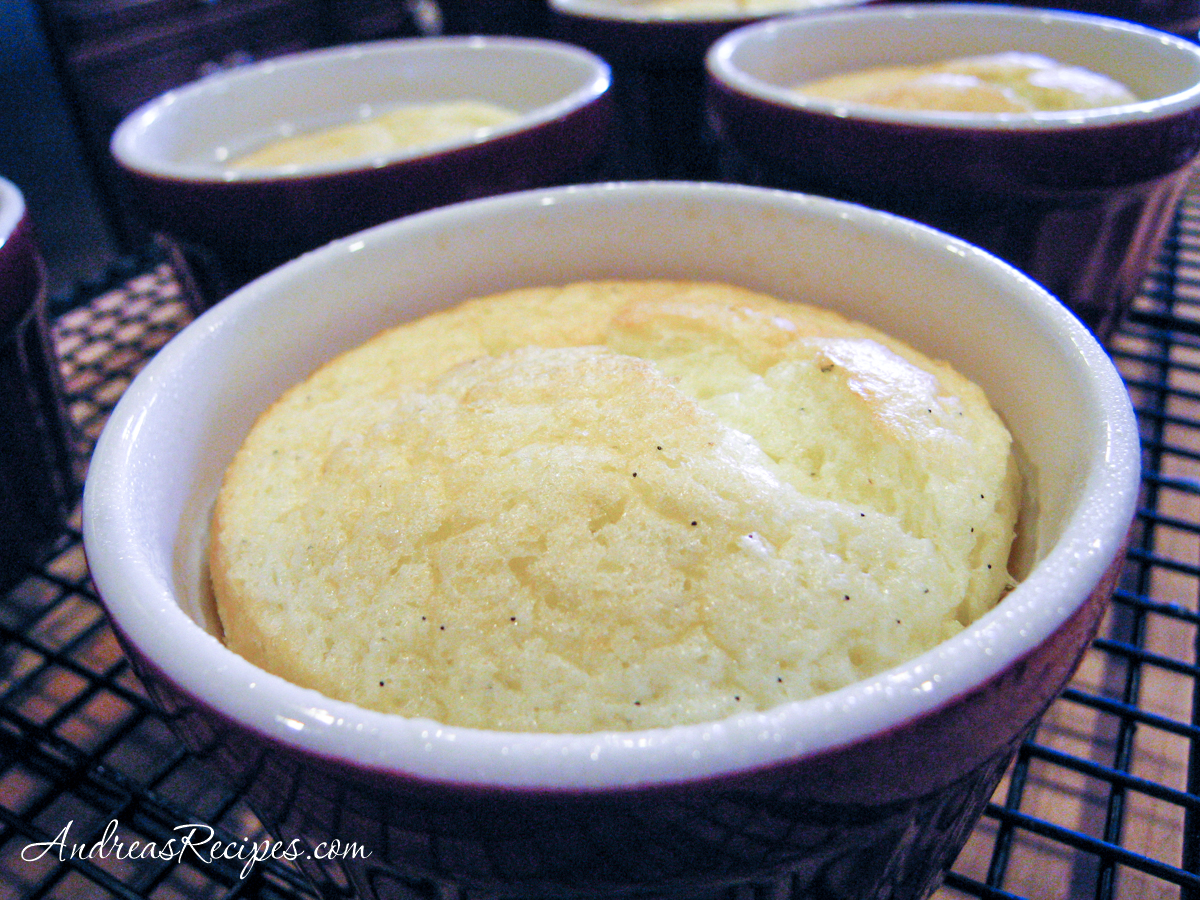 I wish that my cakes had turned out perfectly, but they did not. I seem to have trouble when it comes to gently folding in egg whites, and my batter separated in the oven much like it did in the Strawberry Mirror Cake challenge, although the rubbery layer wasn't nearly as thick for this project. My cakes also deflated a bit after they came out of the oven. Due to lack of time to remake the cakes, I simply cut away the rubbery stuff, and fortunately there was plenty of cake left to enjoy, and we liked the almond vanilla flavor. The recipe calls for superfine sugar, which I make by just running regular granulated sugar through the food processor for a minute or so. (Tip: If you do this, wait a few seconds before taking off the lid. It allows the dust to settle, thus keeping it from going up your nose. Yeah, I got sugar dust up my nose!)

While dealing with the cake issue, I got distracted from the other task I had going—the chocolate. I had made the glaze a little earlier and needed to rewarm it. Yeah, I burned it! It turned black and seized up, so that pan of chocolate went into the garbage and I started over. Good thing I had extra chocolate on hand! I made a half recipe, but it almost wasn't quite enough for all eight desserts, at least not for us, so I made some extra chocolate glaze with some bittersweet chocolate I had on hand. The bittersweet chocolate was very rich, and coupled with that custard...oh my! 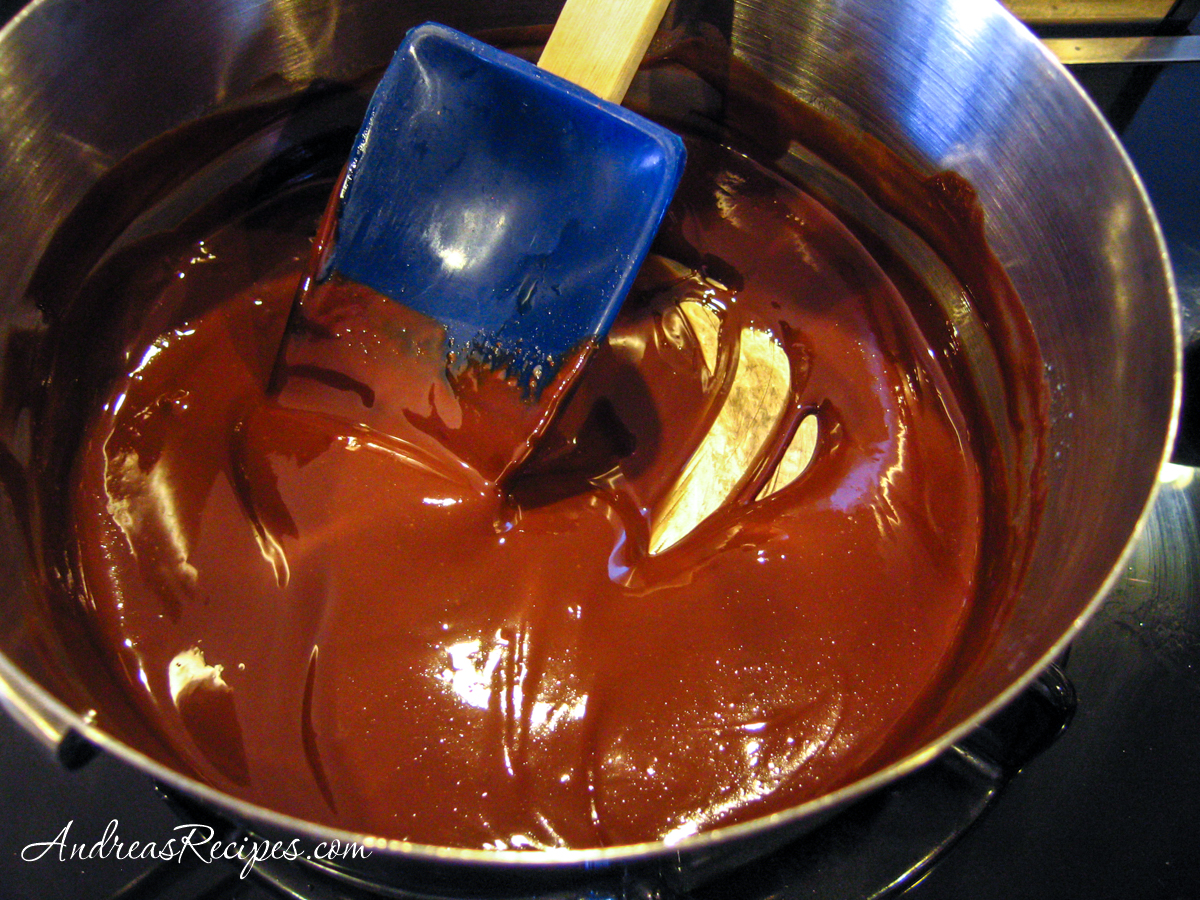 I would definitely make this again, though hopefully with fewer mishaps, and my neighborhood taste testers all agreed that the custard was the best part. My next door neighbor is a born and bred New Englander and lover of traditional Boston Cream Pie, and he made a point of letting me know that his birthday is in April but I don't have to wait that long to make him another Bostini Cream Pie. So I count this challenge a success!

The Daring Bakers have grown substantially this year, boasting about 200 members now, and you can find links to all the blogs and beautiful Bostini Cream Pies at The Daring Bakers' Blogroll. 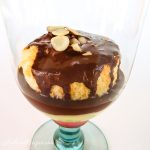 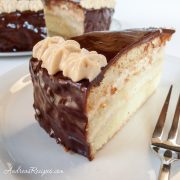 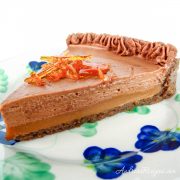