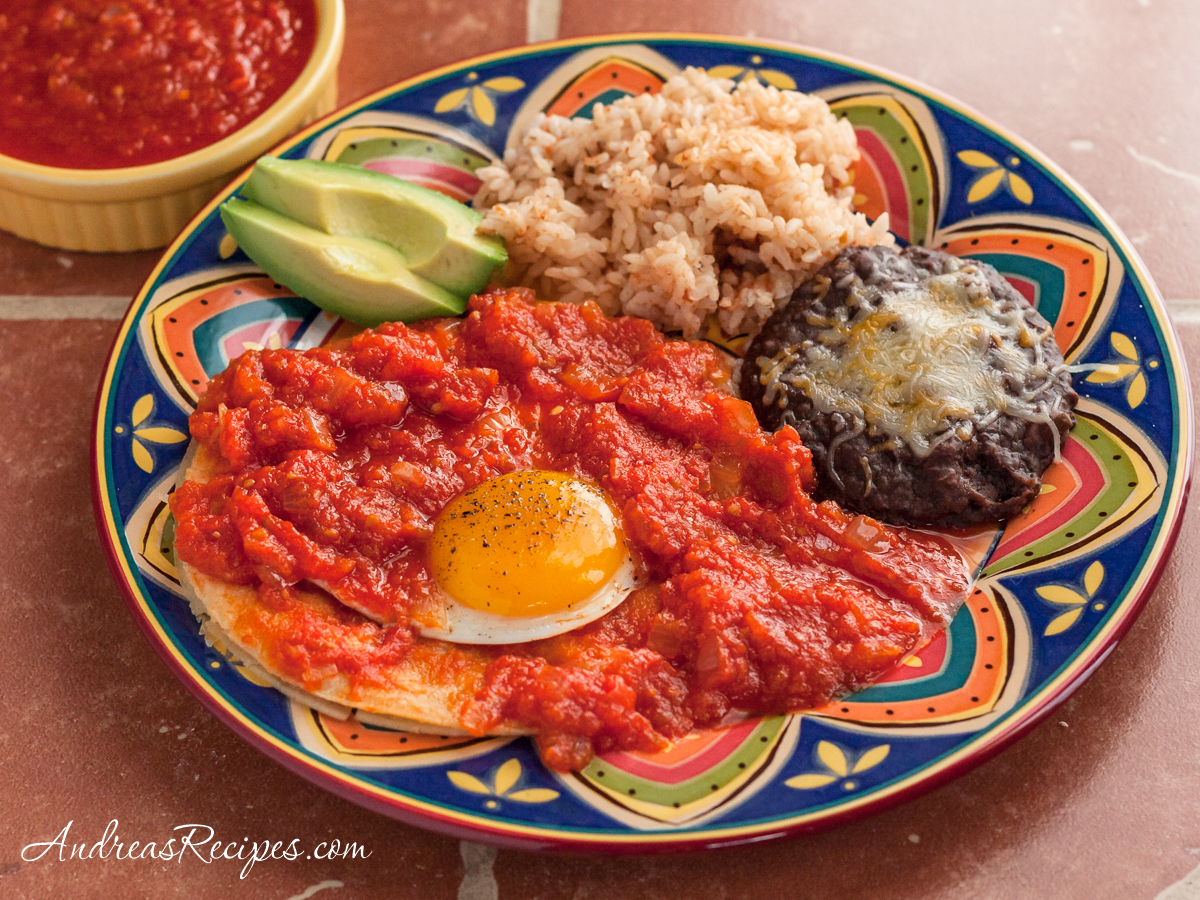 Ranchera. Say it. Try flipping the “r”. I still have trouble making that sound, even after living in a Spanish-speaking country for two years and developing an accent that could almost pass for a native. The Rs always gave me away. When I first moved to Colombia I couldn’t speak any Spanish except for the numbers I’d learned from Sesame Street, and to further complicate matters I’d recently finished a semester studying Japanese. Add that to my high school German and all the languages I used to sing in at college, and my early Spanish was a mess. I’d try talking with locals at the shops, asking for certain things, and instead of Spanish a mix of English/German/Japanese/Spanish would flow forth. I got some very confused looks those first couple months.

Even if I can’t quite say it like a native speaker, I still love ranchera sauce. It’s the classic sauce for eggs in Mexico, but there’s no one right way to make it. This version, which was inspired by a recipe from Chef Roberto Santibañez, is my favorite because the fresh tomatoes are roasted and then cooked with onions, garlic, chiles, and a stick of cinnamon. Sublime, I say. Chef Santibañez broils the tomatoes whole and removes the skins after roasting, whereas I halve the tomatoes before roasting on high heat and leave the skins on in the sauce because they add a bit of smokiness, which I like. My sauce is a little bit thicker, but not too much. If you use a Mexican cinnamon stick as Santibañez recommends, make sure to wrap it in cheesecloth because it tends to fall apart. Other kinds of cinnamon sticks remain intact while cooking.

After I made the sauce, Hockey Guy got in the kitchen with me and helped cook the eggs for Sunday brunch. He even plated up the dish for the photos, not bad for an 8-year-old food stylist. The sauce is easy to make, just have the older kids help with halving the tomatoes and be sure an adult is around to supervise all the cutting and blending. 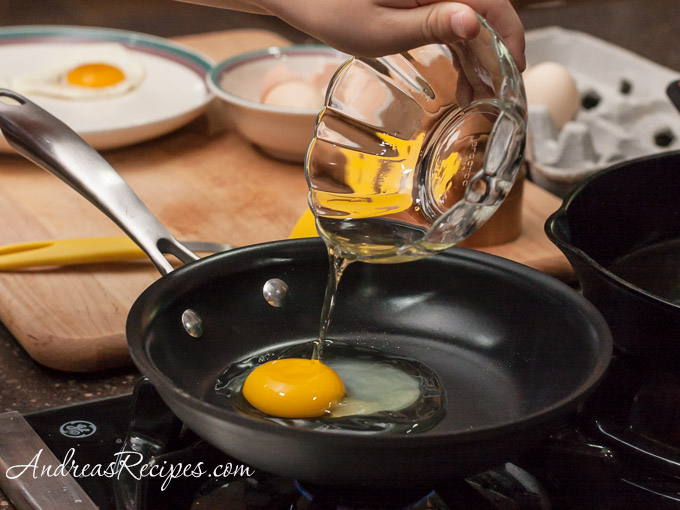 Many traditional recipes for huevos rancheros have you briefly fry the tortillas in oil to soften them, but instead I dunk the tortillas in the hot sauce. Less mess and one less pan to clean.

To serve, dunk each tortilla into the sauce just long enough to soften it, about 30 seconds or so, then stack two on a plate. Pour on more sauce, add a fried egg, then top with a little more sauce and eat with your favorite Mexican rice, beans, and some avocado. 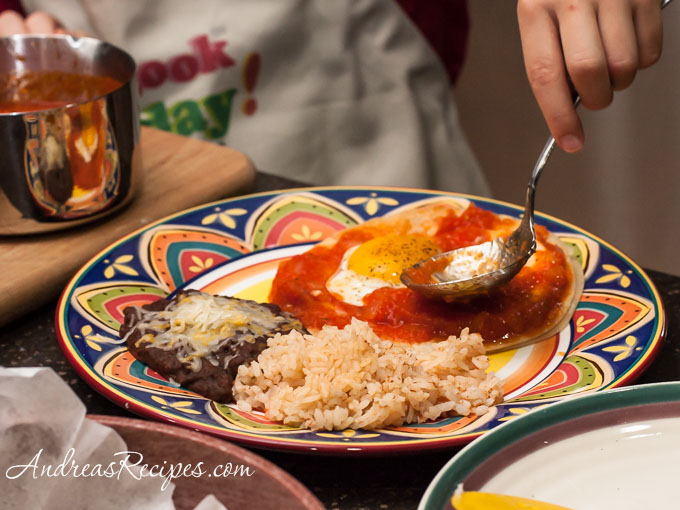 Make sure to visit The Kids Cook Monday for more recipes to cook with your kids.

You can make sauce up to three days and ahead, just keep it refrigerated and ready to pull out for a fast breakfast. 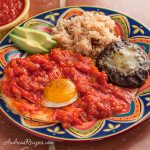 Wear protective gloves while working with hot chilies. Keep chilies and gloves away from your face. 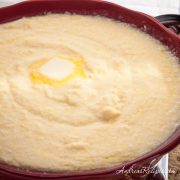 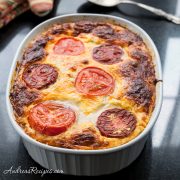 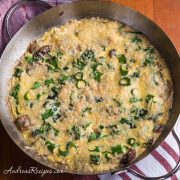 Visit our Cooking with Kids page for more recipes the whole family can cook together!