Martha Stewart is doing another show on blogging tomorrow and I’ll be in the audience along with many other bloggers. I am thrilled for the opportunity to see Martha in person and to meet more bloggers that I follow. Pim will be on the show making her famous pad Thai (I hope there will be enough for the audience) and other bloggers will make appearances as well.

Though I’ve been to New York City twice before on business, those trips did not allow time for sightseeing. Each time I left the city with a longing to return and explore, to see some of the places that capture my imagination. Today, ten years later, I finally got to do a little of that. 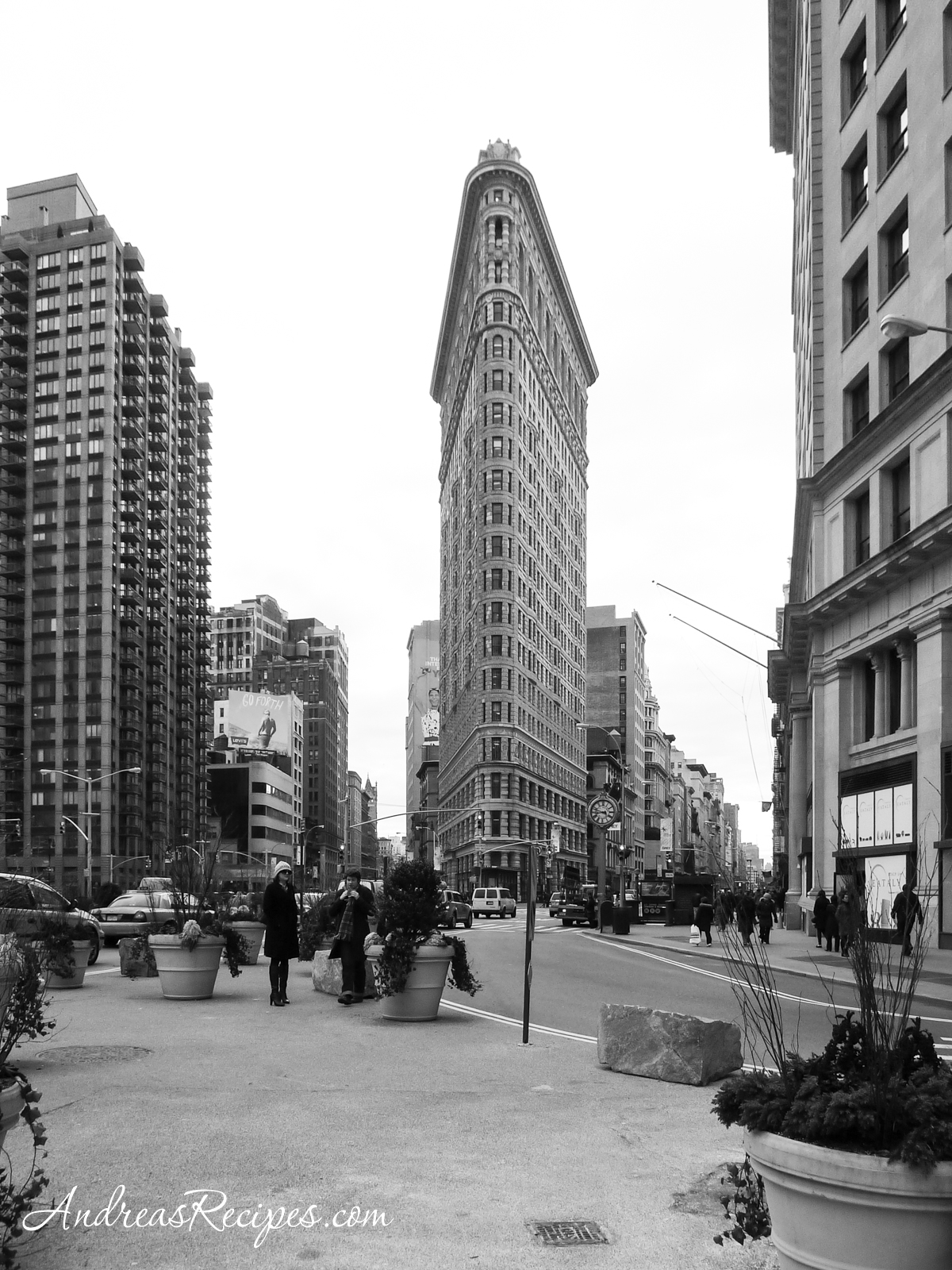 I had hoped to have time to visit the Guggenheim Museum and indulge in more architecture and art, but that will have to wait for another trip.

Of course getting some lunch was an important goal, and I set off to find Co.,  Jim Lahey’s pizza restaurant. New York Magazine ranked Lahey’s pizza at #4 in the city, and knowing of Lahey’s legendary breads I couldn’t pass up an opportunity to try his pizza. He makes thin crust Napolitano-style pizzas with beautiful ingredients such as chestnuts, lardons, quail eggs, and honshimeji mushrooms. The pizzas are all about 11 inches in diameter, just enough for two people if you order a salad and appetizer to go along with the meal.

The restaurant seats about 50 people and has several long tables for bigger groups. I seated myself at the bar and took my time perusing the menu, trying to decide if I wanted to just order a pizza or order a starter and take some of the pizza home tomorrow so Michael can have a sample. I chose the appetizer of the day, a bowl of sliced beef that had been slow-cooked in a wine sauce until fork tender with slices of Lahey’s famous bread on the side for dipping. The flavor was hearty and slightly sweet from the wine, and the marbled meat melted in my mouth. The bread soaked up the flavors in the broth and I found myself swirling the bread around the bowl to get the last drops. 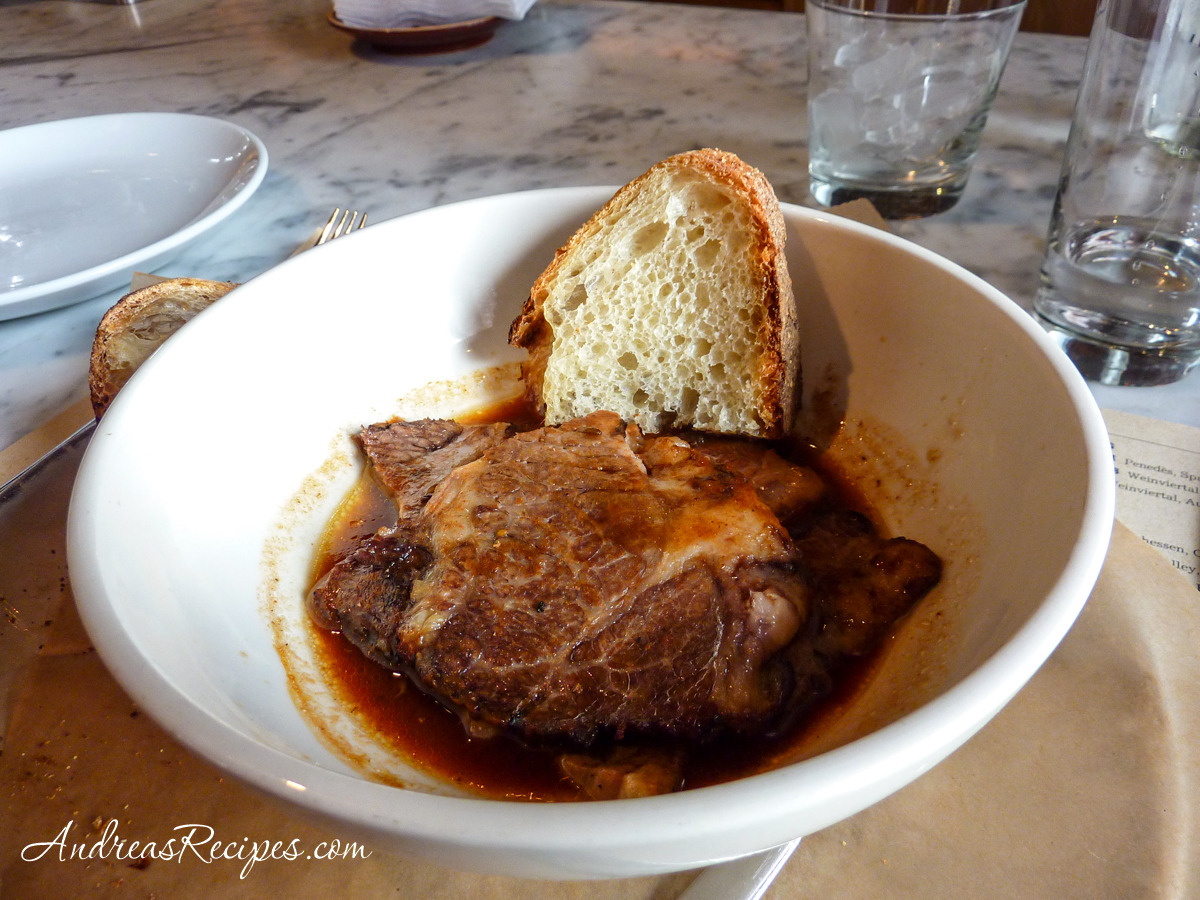 The roasted cauliflower pizza caught my eye, as well as the meatball, but in the end I decided on the flambé pizza with béchamel, parmesan, buffalo mozzarella, caramelized onions, and lardons. 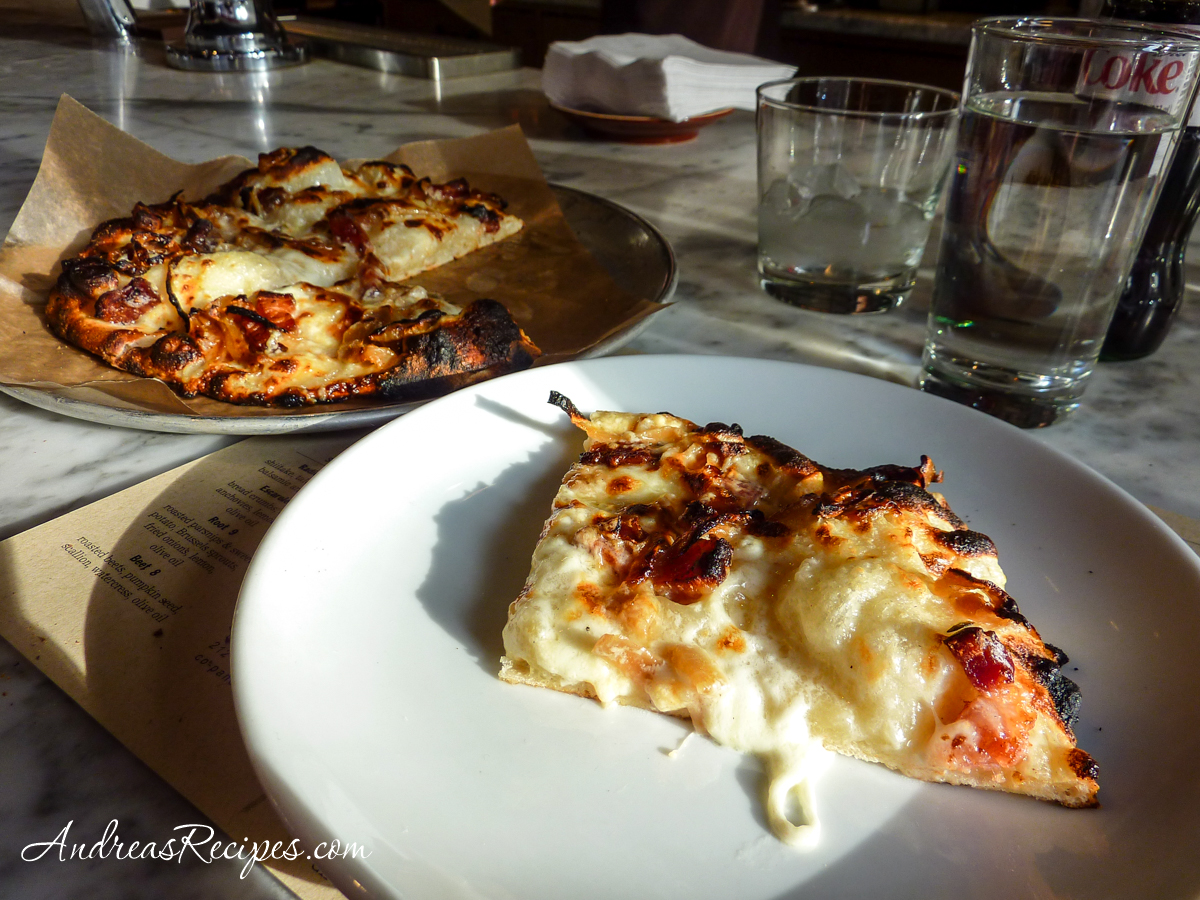 I’m not typically a béchamel fan but the lure of a white pizza and the lardons drew me in. The pizza was quite rich, and the saltiness of the lardons actually saved it from being overwhelmingly rich. The crust had that wonderful crispiness and slightly smoky flavor you would expect from a good Napolitano pizza, and if I lived in NYC I would probably become a regular at Co.

And yes, I saved some to take home to Michael.

[I purchased the meal and received no compensation of any kind for writing this post.] 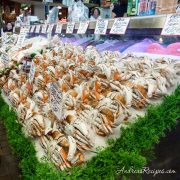 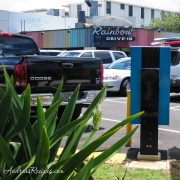 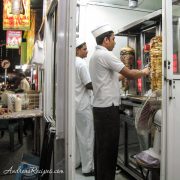 The Shawarma Crawl, Bahrain
« Grow Your Own #38
Mexican Spiced Butternut Squash Soup with Beans and Corn »