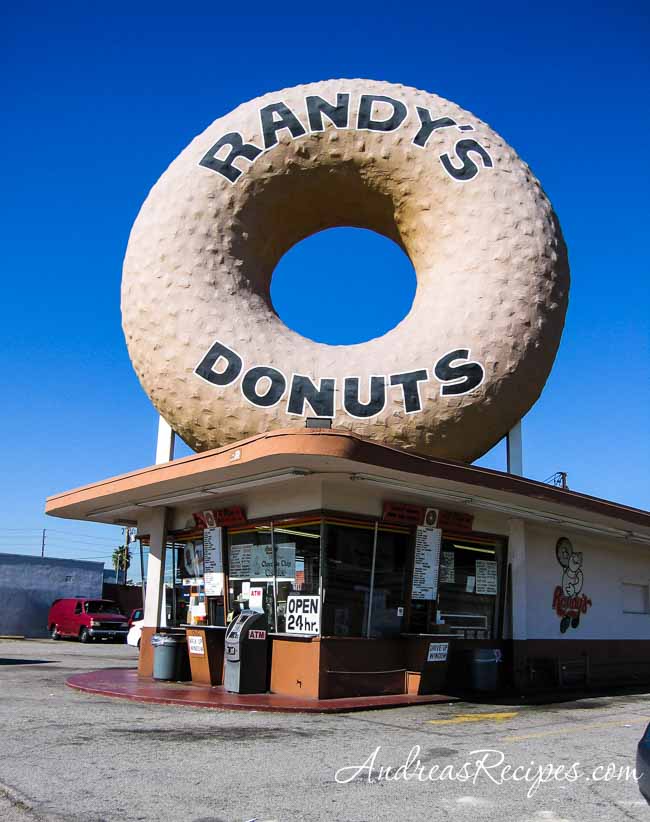 Have you passed by curious places that nearly draw you in but for some reason you just don’t stop by? Maybe you’re in a hurry, or the time is not right. Randy’s Donuts has been one of those places for me. I fly into LAX several times a year and can’t seem to make it to the 405 without passing by Randy’s, a small drive-in donut shop with an overwhelming sculpture in the shape of a donut on top. Built back in the 1950s, it's at a corner location that gives you the feeling the neighborhood grew around it. But you don’t stay in business for over 50 years merely because of hype; there has to be something there underneath the giant ring. 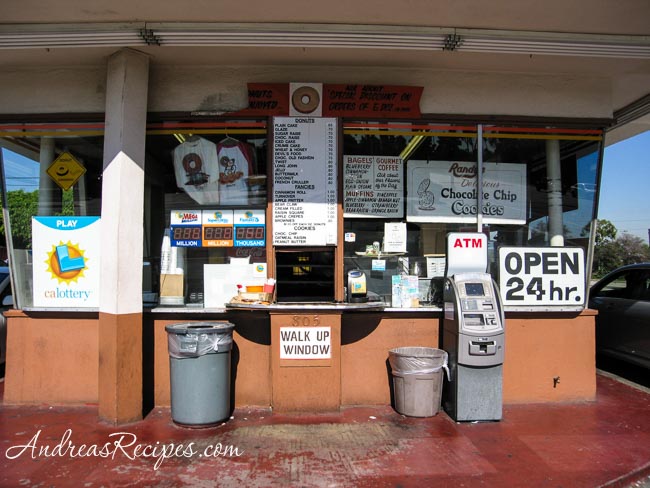 Even though I had a meeting some 65 miles away in Oxnard and it was already 1100 in the morning—more of a time for a taco than a donut--I couldn’t let this place slip by again. I pulled up into the parking lot. Maybe it was seeing the landmark in the Iron Man II movie that sealed the deal. The store front to the walk up counter is pretty basic and reminded me of what you might see at an ice cream stand. There is even an ATM and lottery tickets available. Most people seem to prefer the drive through. Some movie scenes allude to a sit down area, but there is nothing available either inside or out. 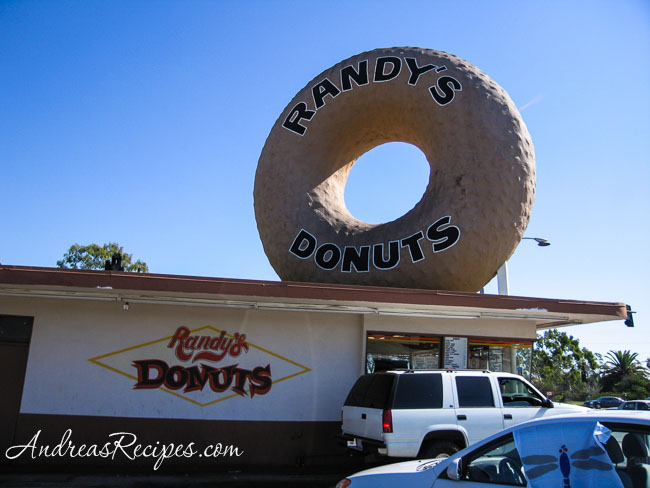 I ordered a Long John and a chocolate glazed, both only 75 cents, and my donuts appeared less than a minute after ordering and paying. The donuts themselves were over sized and heavy, no cutting corners here. As the donut approached my mouth I didn't notice any typical scent of fry oil or a greasy exterior. The first bite was marvelous and the first thing that comes to mind is buttery, and the chocolate frosting perfectly balanced and complimentary. I realize it might seem over the top to describe a donut that way, but it was that good. 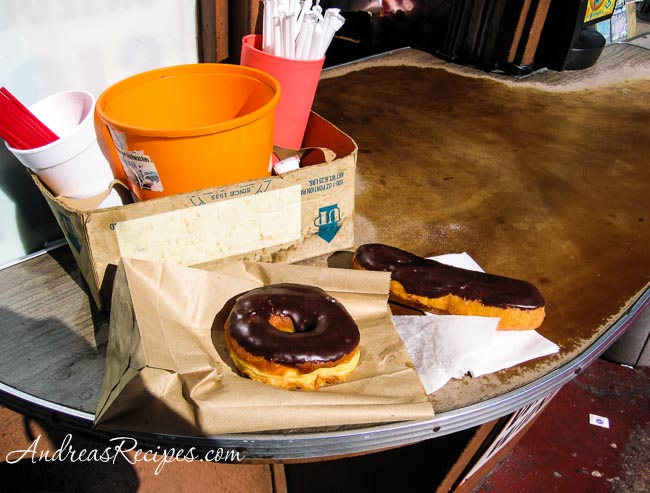 I quickly devoured one and then the other, then headed off. Randy's Donuts carried me through the evening but with no heavy feeling. Randy's claims to be the best donuts in L.A., even the world, and they just might be right. 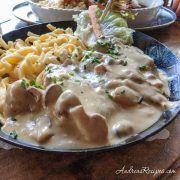 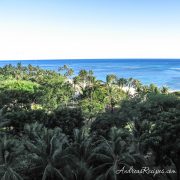 Our First Day in Hawaii