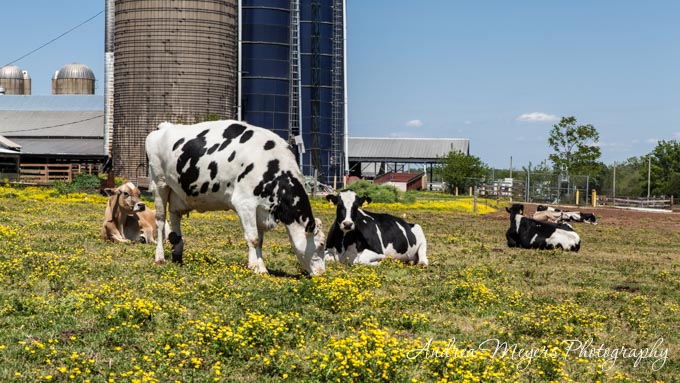 Life on a modern dairy farm is not easy and there are are number of obstacles to success, including weather, illness, the vagaries of the milk market, and rising costs to run the farm. And even with all this, many families continue running a dairy farm because it’s a way of life. You have to love cows.

I learned all of this during a visit to Al-Mara Farm in Midland, Virginia as a guest of the Mid-Atlantic Dairy Association. Michael and I both were able to go, and we spent the day learning about the Leonard family and the dairy operation as well as the other side of their business, an agritainment venture they dubbed Cows-n-Corn that brings visitors to the farm to play, go on hayrides, and learn about the animals on the farm. Patty Leonard led the tour along with Lisa Perrin from the dairy association, and we had a wonderful time getting to know them and the farm and sample the fabulous homemade ice cream which is sold at Cows-n-Corn.

The Leonard family has had the property since the 1930s and has been running a dairy farm since 1954. With a herd of about 300 cows to milk, they work the farm every day of the year along with a handful of employees. The cows roam about freely and can wander into the milk parlor anytime they need to be milked. The pregnant cows are in a separate pasture the family affectionately calls “Club Med, “ and the cows that are due within a couple weeks get to rest in their own separate area where they can be watched carefully. The family is dedicated to their cows and have named a number of them.

We got an insider view of the running of the farm, including the mix of raw ingredients that make up the feed, the milking process, a detailed explanation of how they keep track of each individual cow and her health, visiting the calves, and the economics of running the farm. Cows-n-Corn is an important part of it all and helps keep the farm afloat. We were able to wander through “Club Med” and meet some of the cows and see their personalities. Some were very curious and walked closer to investigate us and the truck, others were more interested in relaxing in the sunshine. 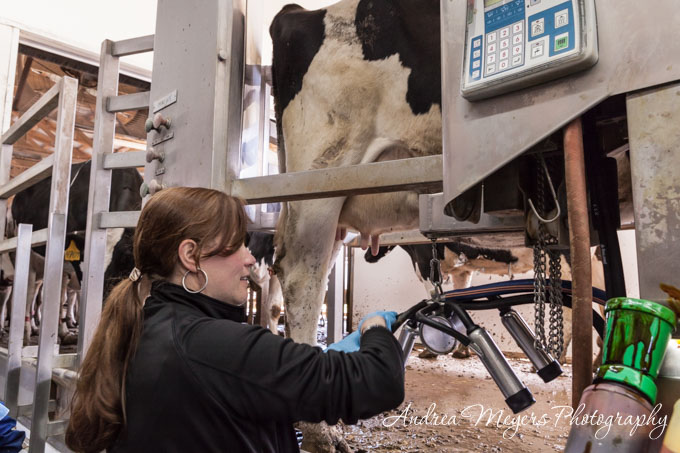 The milk parlor uses modern equipment that automates the milking process and track the health of the cow as well as the amount of milk each cow produces. Keeping the milk and equipment free of contamination is a high priority, so each cow’s udders are cleaned before hooking her up to the milking machine. I had a chance to practice my limited dairy farming skills and hook up a couple of cows, which turned out well except when the tip of one of my sterile gloves got sucked into the milking machine and I had to tug hard to release it, drawing laughs from the group. In every way the experience was quite different from childhood when I tried milking with my great grandmother. That was all done by hand, and I was a bit scared of the cow that seemed huge to this young girl.

Now that I’ve had an up-close experience on a dairy farm, I’ll never look at milk and other dairy products in the same way ever again. As Michael said to Patty and Lisa, now that I understand all the work that goes into producing milk, I’ll take time to savor each glass I drink from now on.

More from The Farm Project 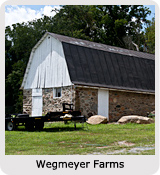 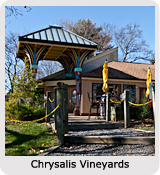