Like much of the country, the heat has been brutal here in Northern Virginia. When we went on vacation at the beginning of the month, we made sure to set the irrigation system to run daily since the temperatures were forecasted for the high 90s with little to no rain for the entire week we would be gone, and it’s a good thing we did. We moved all the container plants down to the tomato bed so they would get water, and almost everything survived, though the potted basil took a beating in the heat and we lost about one-third of it. We’ve found that the potted basil needs twice daily watering during periods of extreme heat, and as long as we do that it holds up well. We reseeded to replace the lost basil and it’s coming back nicely. The rest of the basil is starting to flower, a signal that it’s time for a first harvest and time to make pesto. 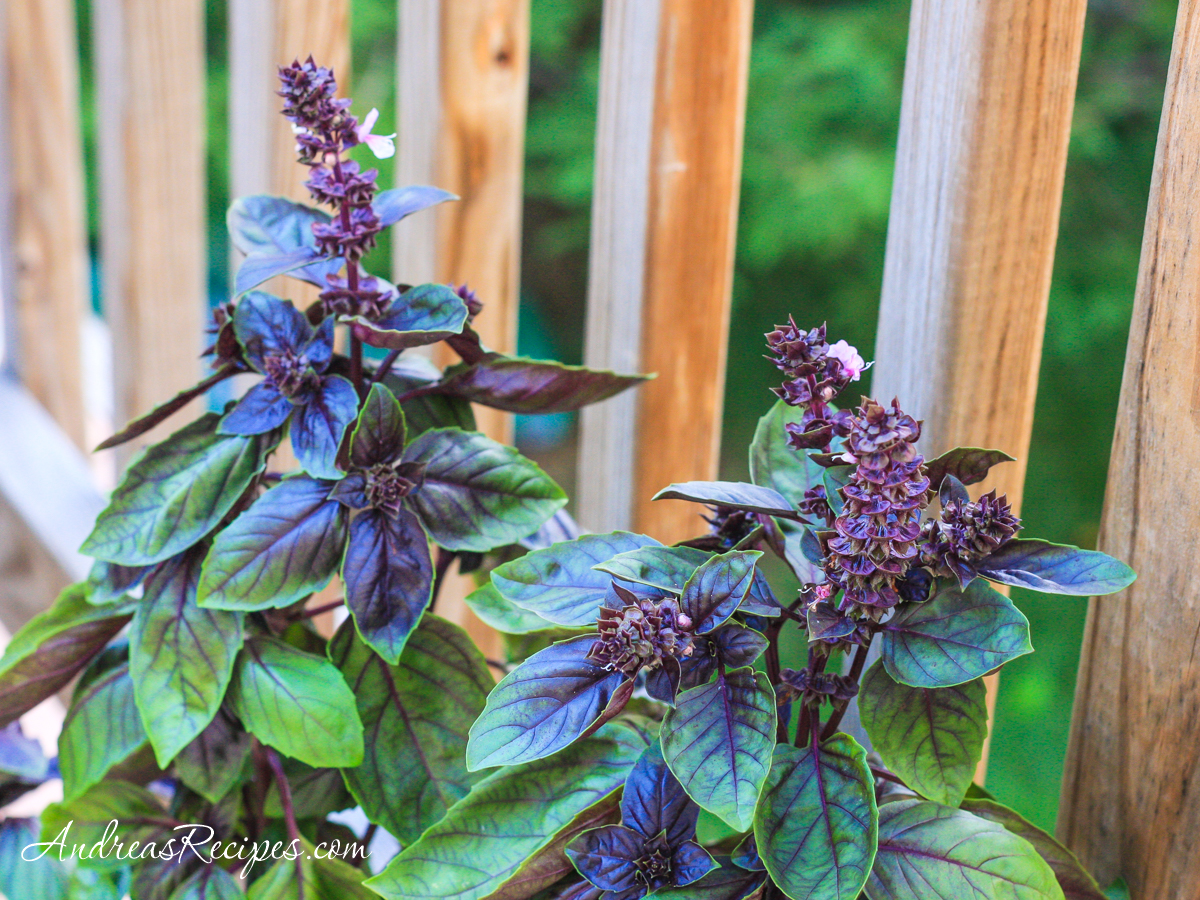 The tomatoes are going gangbusters this year, a pleasant change from last year, and we’re convinced that our composting efforts have paid big dividends in the tomato bed. We began harvesting tomatoes this week and have brought in about 7 pounds so far, a mixed bag of Early Girl, Roma, cherry, sungold, and grape tomatoes. The Early Girl plants are almost bursting with tomatoes, a sign of good things to come. I’m eager to pull a pile of those green tomatoes off and fry them up! 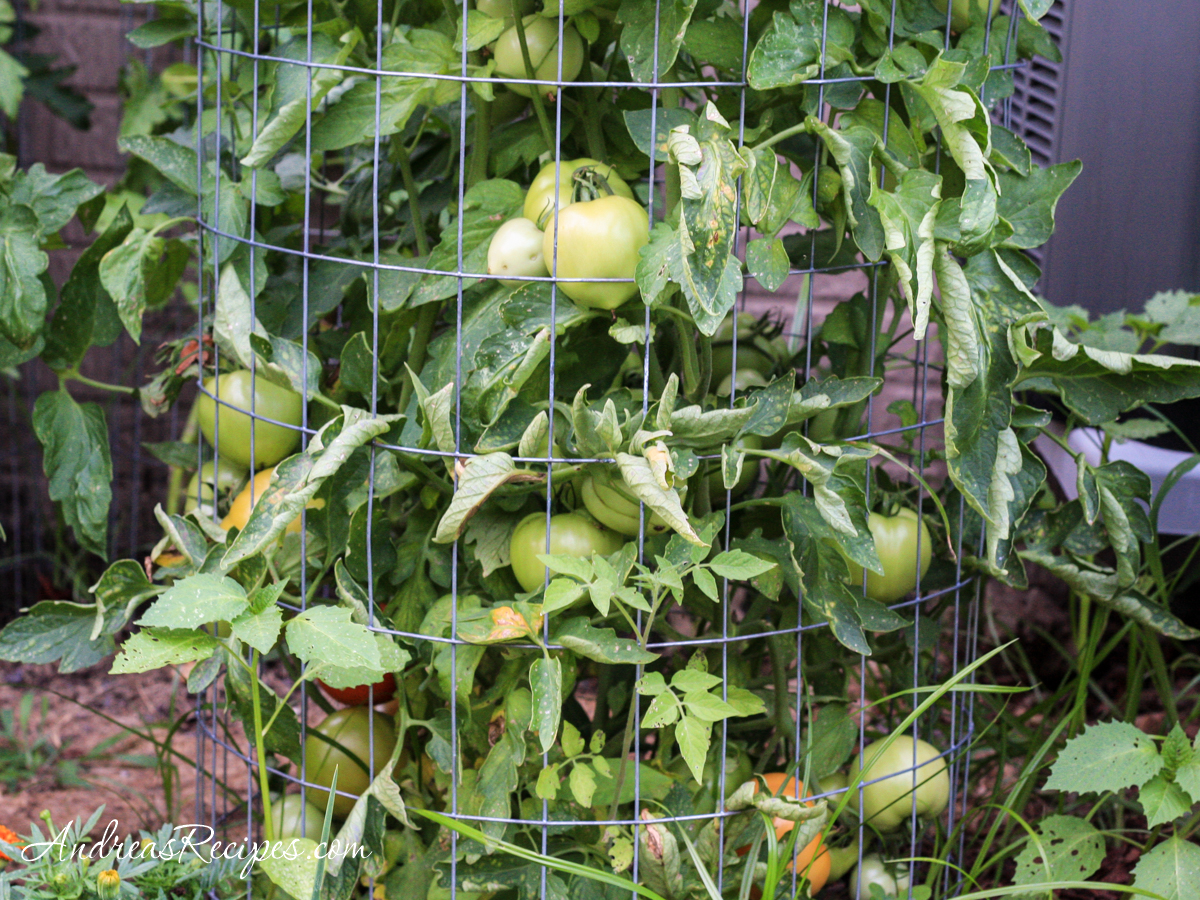 The peppers are looking very good, also an improvement over last year. The sweet peppers are all heavy with fruit and the hot peppers are coming along nicely. My new favorite is a container chile, the spicy Numex Twilight, which starts green and then turns purple, orange, and finally ripens a deep red. It’s quite a showy plant and perfect for containers. 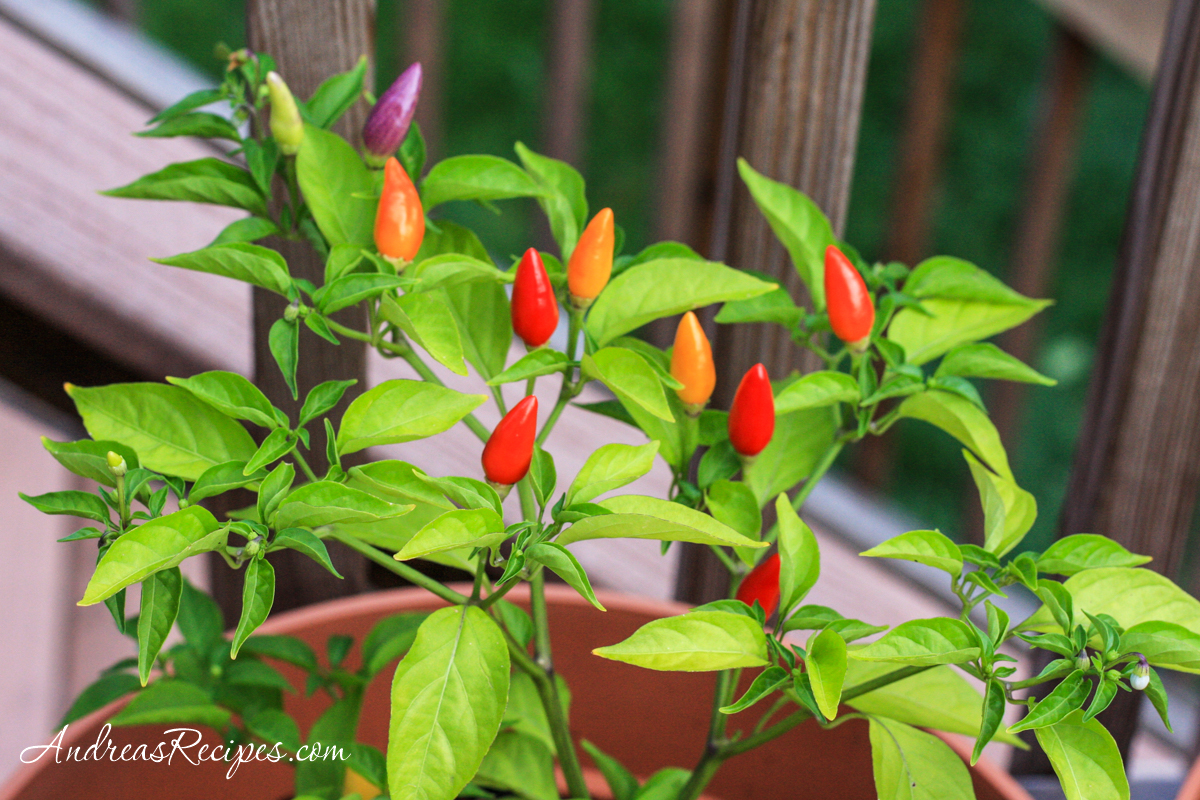 The lemongrass is a wonderful surprise this year. I’ve tried to grow it in pots over the years, hoping to bring it indoors in the winter so we can have lemongrass year round, but I’ve not had success with transitioning indoors, so this year I decided to just stick it in the ground and see what would happen, and it’s doing very well. We made a Thai grilled chicken today using some of our lemongrass in the marinade, and I can’t wait to share that recipe with you this week. 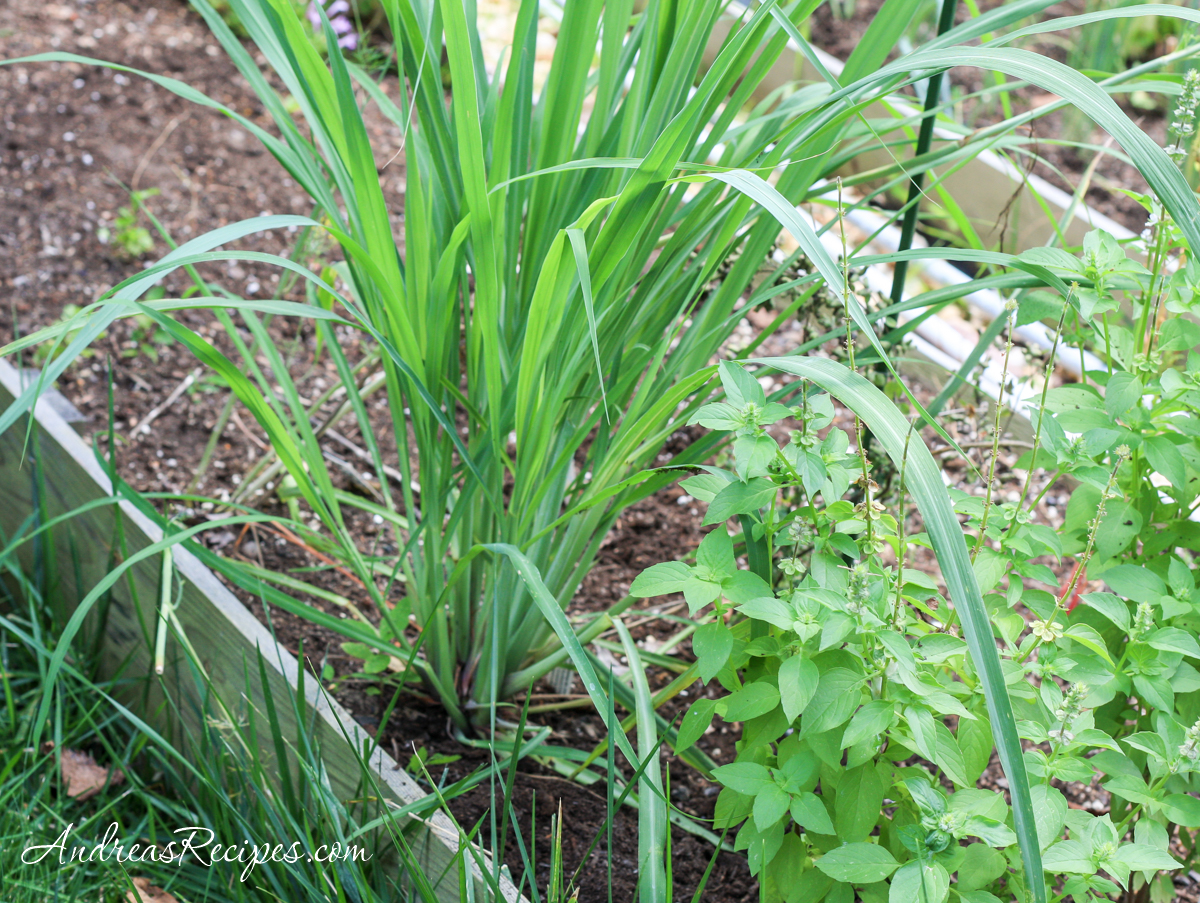 The blueberries are done for the season and the dill and lettuces bolted, so it’s time to reseed those, which I can do now since we tackled the weeding this weekend. The weeds in our area seem to thrive in the heat, and it took a couple solid hours of work in miserable heat to clean out the squash and lettuce beds on Saturday morning. There’s a few stray weeds still in there, tucked under and between the squash, but we managed to clean out a lot. As we prepare for fall planting—yes, August is nearly here—we’ve decided to experiment with seeding plants much closer together to hopefully crowd out the weeds and provide a better home for the beneficial insects. 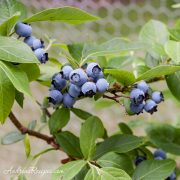 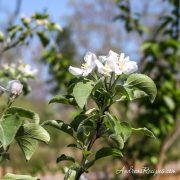 Fruits of our Labors (Weekend Gardening)