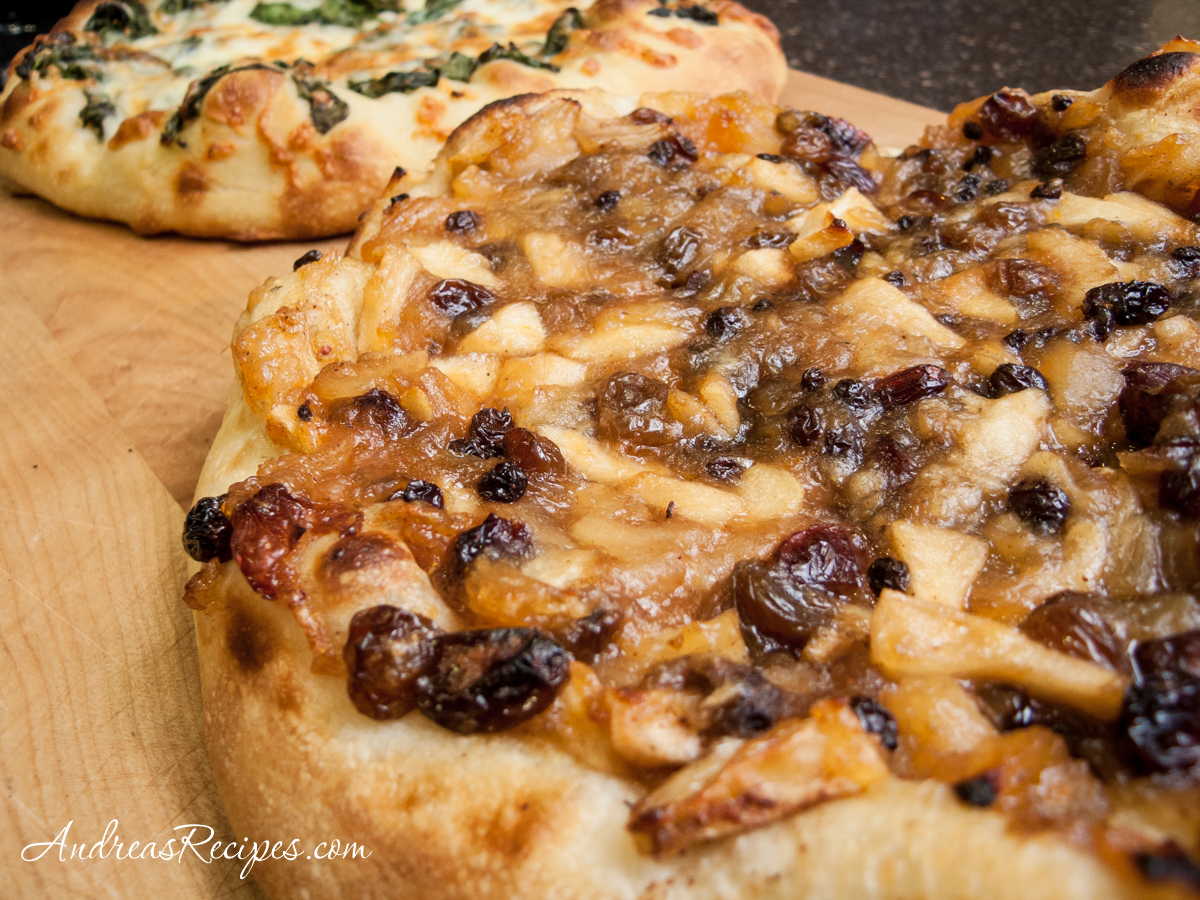 I remember seeing Peter Reinhart's The Bread Baker's Apprentice for the first time at a bookstore the year it was released. The striking photo on the cover immediately grabbed my attention and I heard my own voice say aloud, "I want to make bread like that." The book did not go home with me that day, and in fact I waited almost a year before buying it, feeling that I needed to bake more things from some of my other books before adding another bread book to my collection. I was ecstatic the day it arrived in the mail, and I immediately sat down and started reading and tagging breads of interest. For my very first bread, I tackled the Napoletana pizza dough, and I was thrilled with the results. The dough was silky smooth and had enough resting time that I could easily stretch it and make a thin crust, the type I prefer. After falling hard for this dough, I added Reinhart's American Pie to my wish list, which actually has another variation of this dough formula. 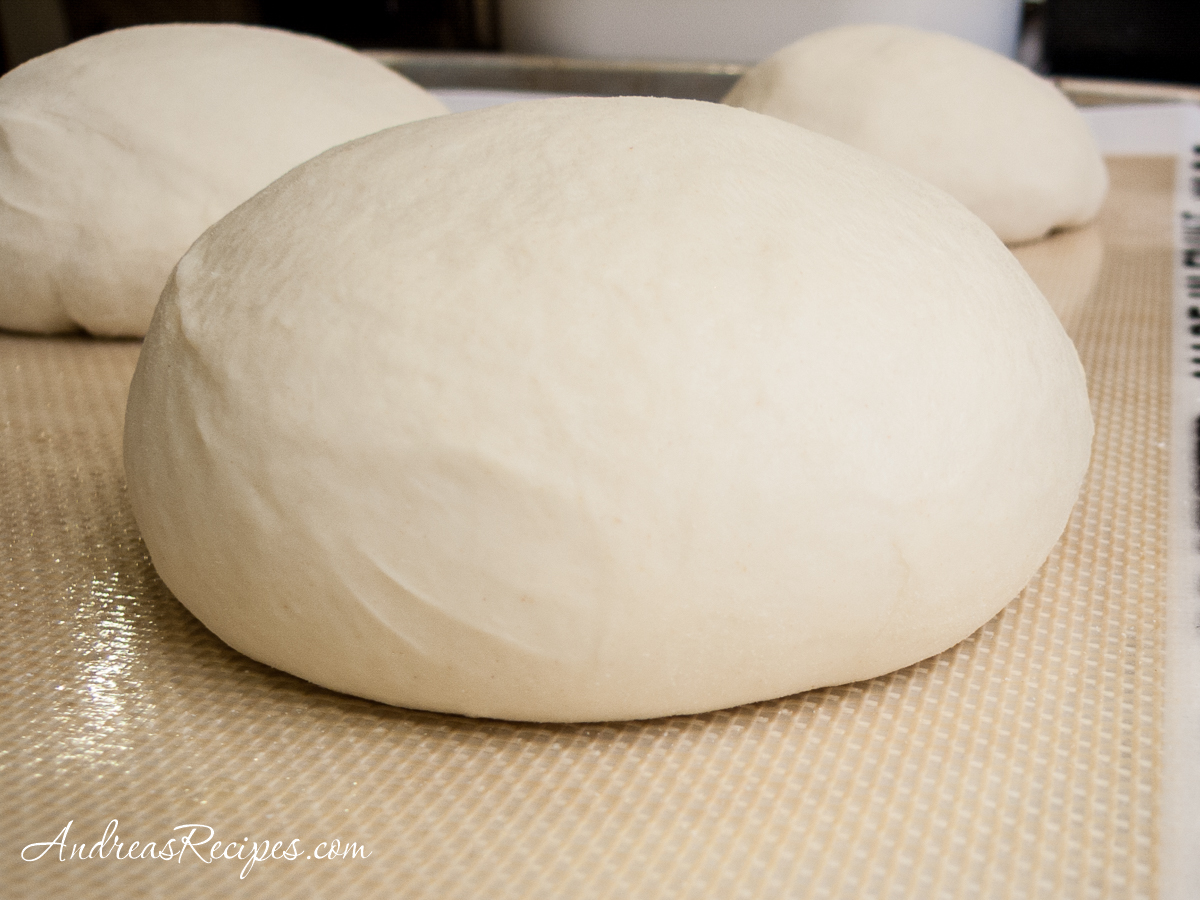 It's been two years since I wrote about Reinhart's Napoletana pizza dough, but time has not diminished my adoration of this dough, and I gladly played along with this month's Daring Baker challenge. The formula is forgiving enough to allow some whole grain flour, but the original still makes a delicious pizza.

For this challenge I chose to make three medium pizzas instead of six personal pizzas. The dough had a lot of spring and I should have let it relax a little in the refrigerator after rising because I find that chilled dough is easier to stretch into a thin crust. I don't usually make sweet pizzas, so I decided to have some fun and do that as well as a savory pizza. The sweet pizza is topped with a minced fruit pie filling (half recipe for one 12-inch pizza) that I use in pies at Christmas, and the savory is topped with sauteed spinach and mozzarella cheese. Normally I would use feta cheese with spinach, but the kids aren't so fond of feta and this was dinner, so there it is.

And yes, I tossed the dough per the challenge requirements. 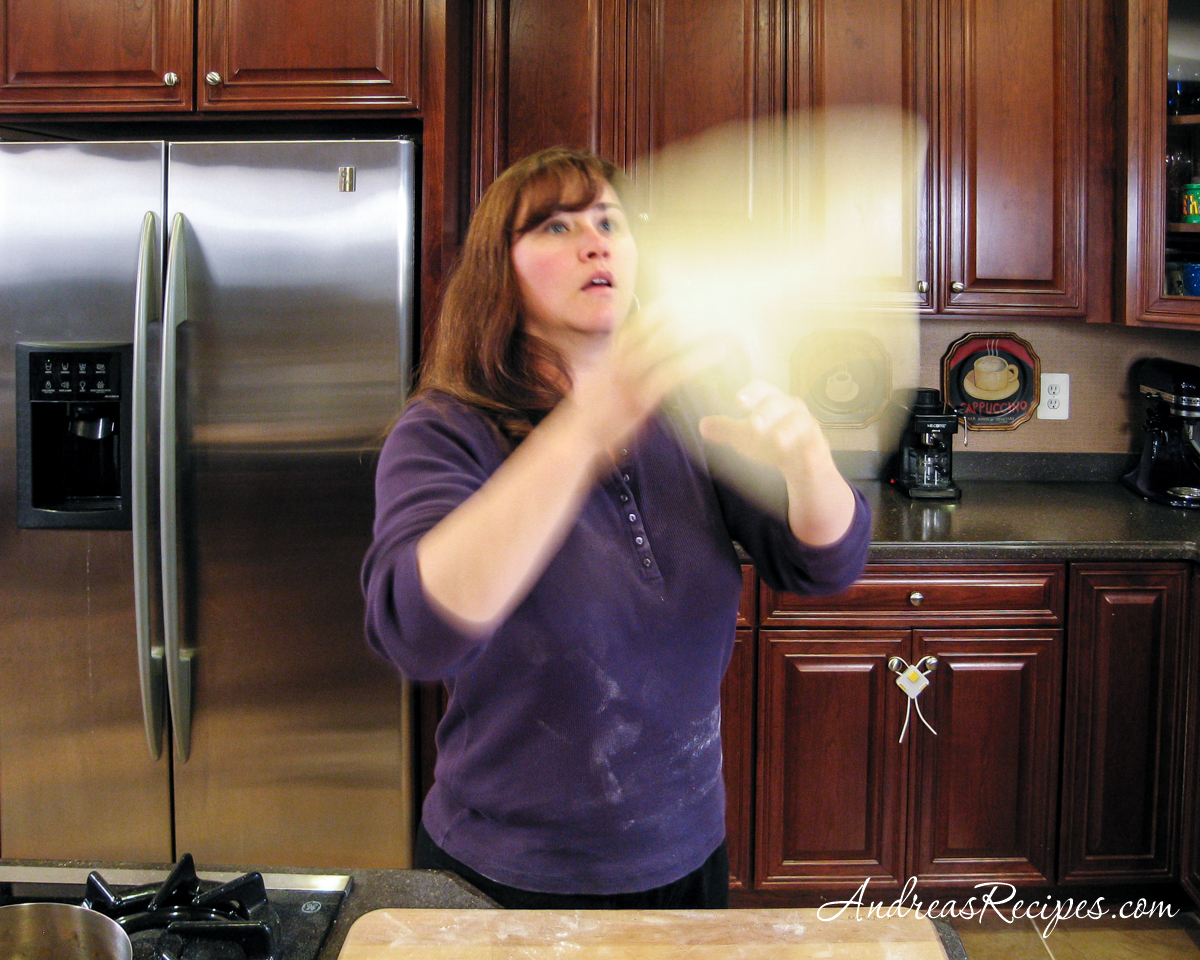 Notice my shirt? I do tend to get flour everywhere when baking.

I liked the minced fruit pizza, though 550° F/290° C was a little much for that filling. I would reduce the temperature next time to keep it from overcooking. 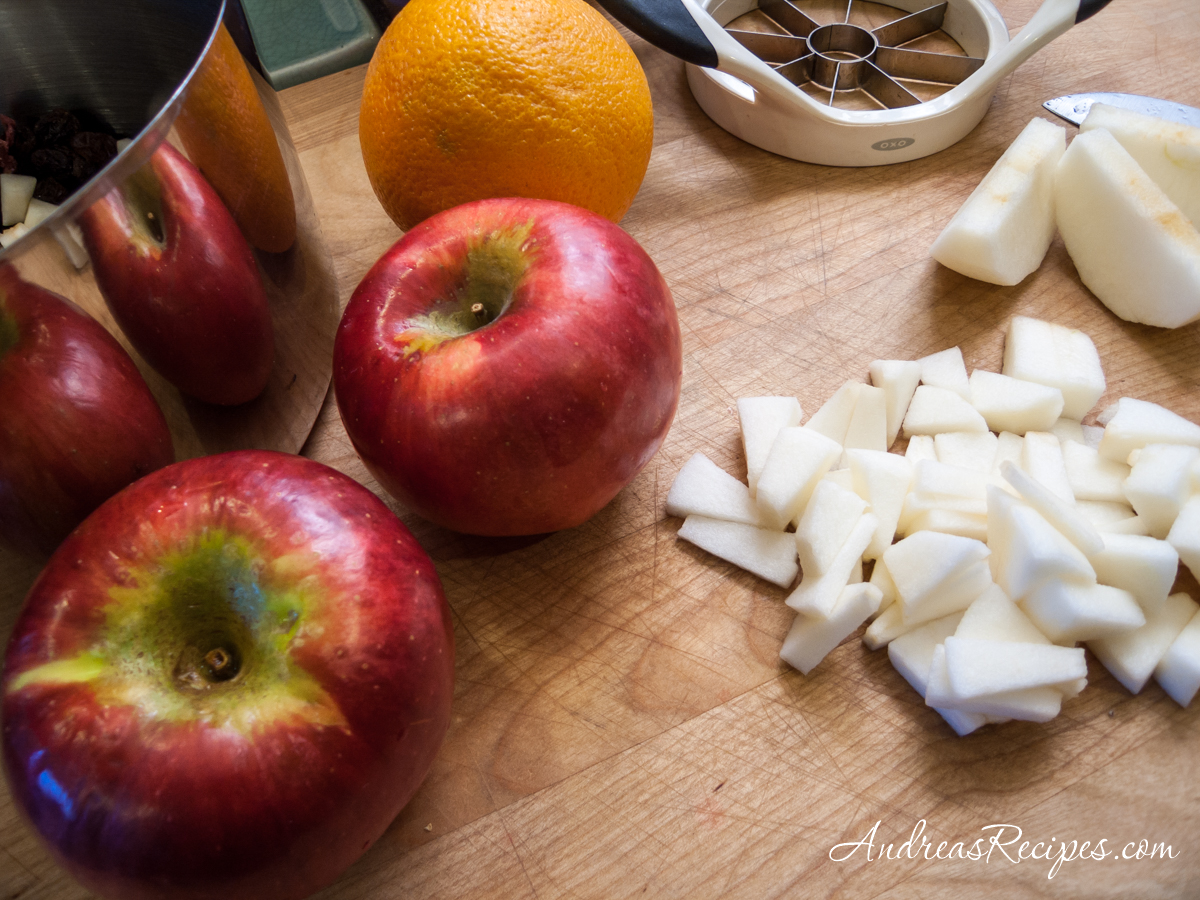 Thanks to Rosa of Rosa's Yummy Yums for being a fantastic host and for dedicating the challenge to the memory of Sher, who was to have been Rosa's hosting partner.

To see all of the delicious pizzas, visit The Daring Bakers Blogroll. 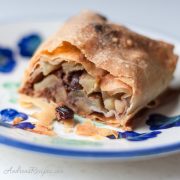