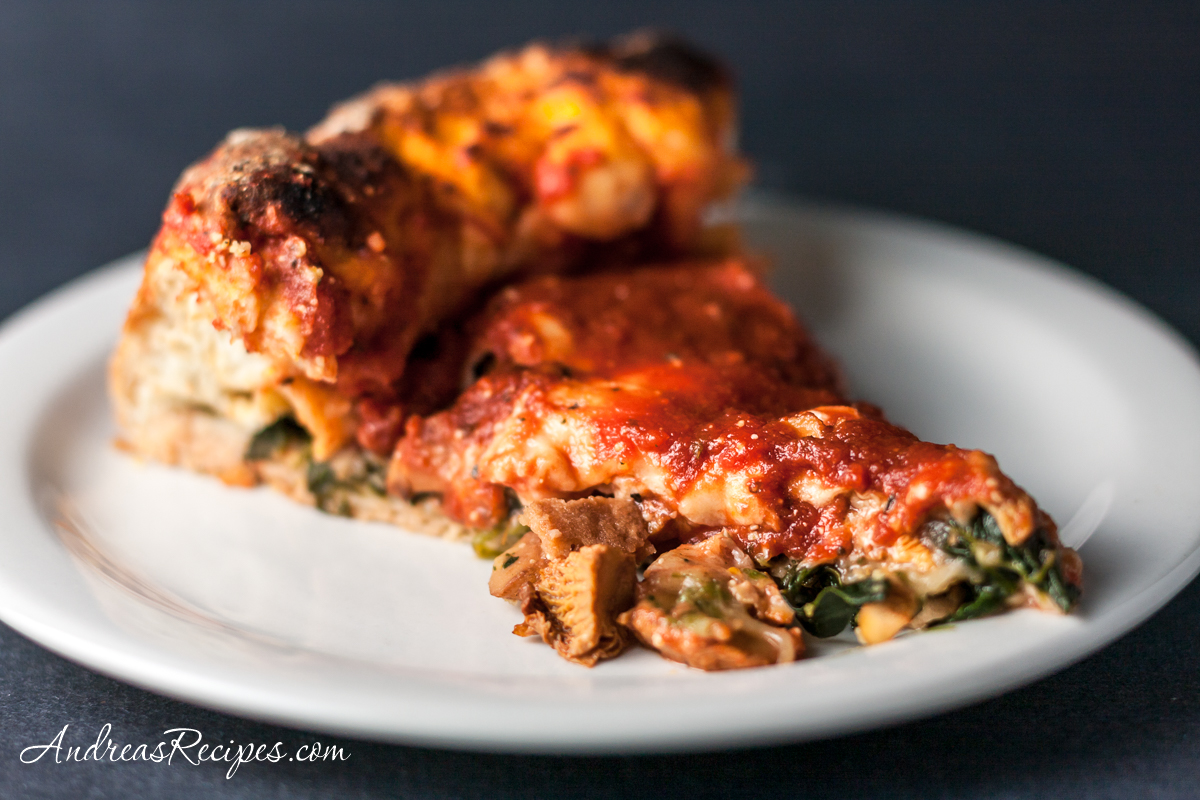 Chanterelles only grow wild and are usually found in the forest in areas with deep leafy debris from July to frost. They are considered a delicacy and are prized by chefs for their flavor and texture. They are at their best when sautéed with butter and onions but also work well in soups and just about anything with white wine and cream. 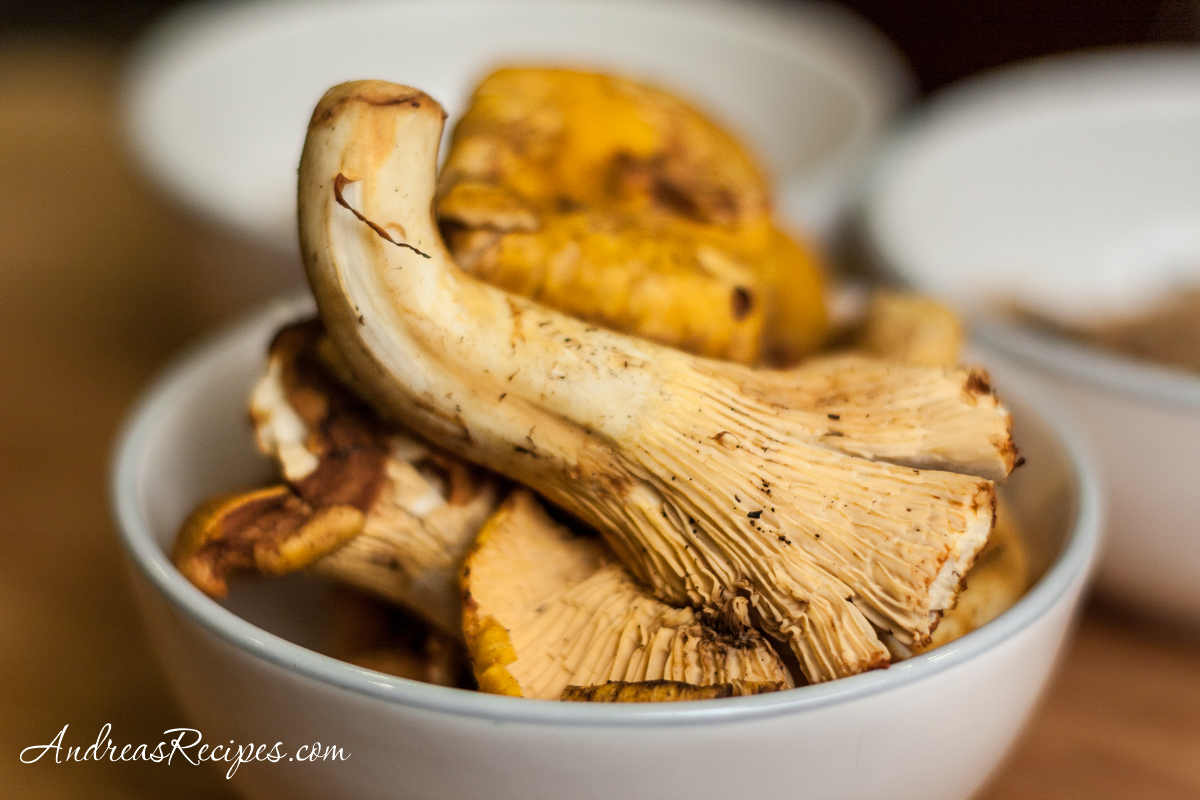 We had plenty of chanterelles to play with and play we did. First we prepared them in a simple sauté with butter, which tasted magical. Then we cooked them in Elise’s cream of wild mushroom soup, my favorite recipe for cream of mushroom soup, along with porcinis and morels and the combination was fantastic.

With a rather large supply of chanterelles still left we decided to add them to our stuffed pizza. I had a fleeting moment of concern that the other flavors in the pizza might overwhelm the chanterelles, but I worried needlessly. Their flavor came through and the pizza was delicious.

And now for the rest of the story…

I lost track of these photos last year, some of the first I shot with the new camera Michael gave me, and I finally gave up on writing this post because I didn’t have anymore chanterelles to replicate the effort. Then out of the blue I stumbled across the photos last week, almost one year to the day that Susan sent me the news on winning the chanterelles, and I knew I wanted to post this pizza recipe and finally publicly express my thanks to Susan and Marx Foods for the delicious gift. 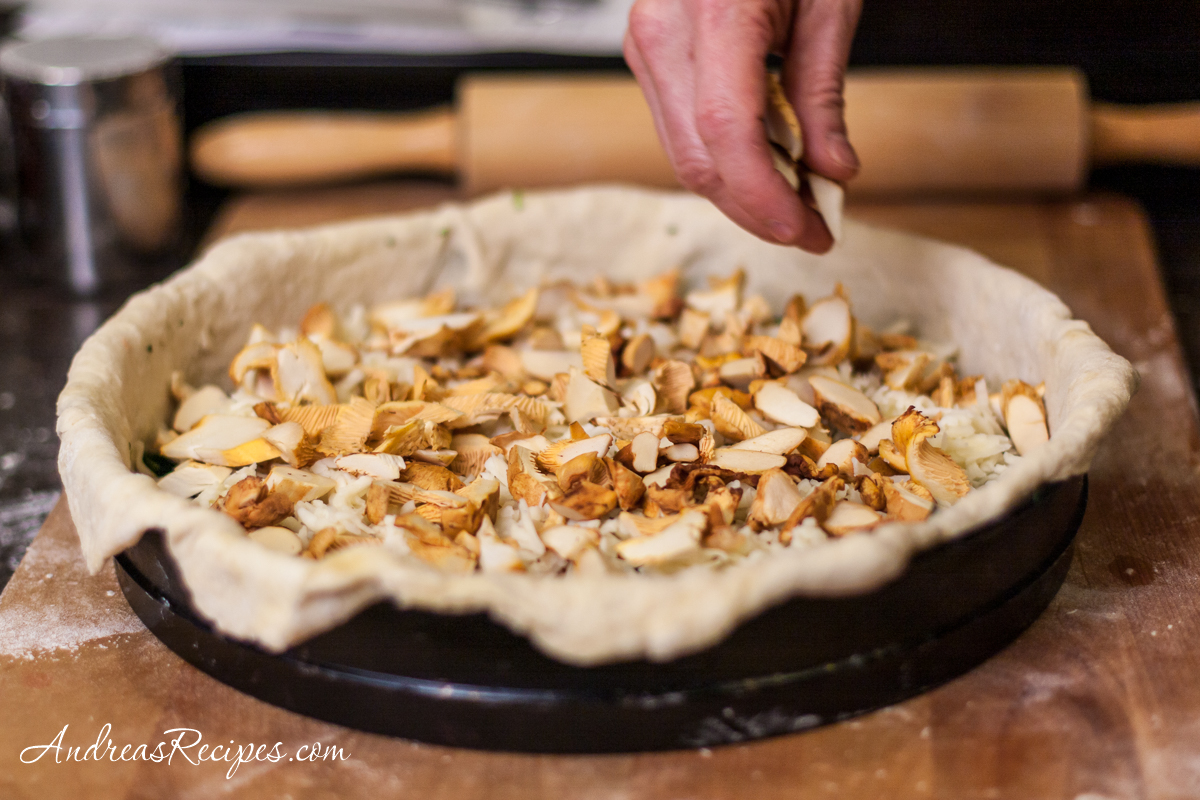 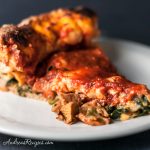 Stuffed Pizza with Spinach and Chanterelles 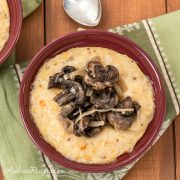 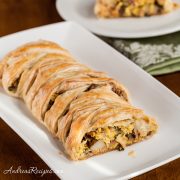 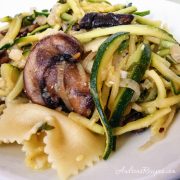 More Chanterelle Recipes From Around the Blogs