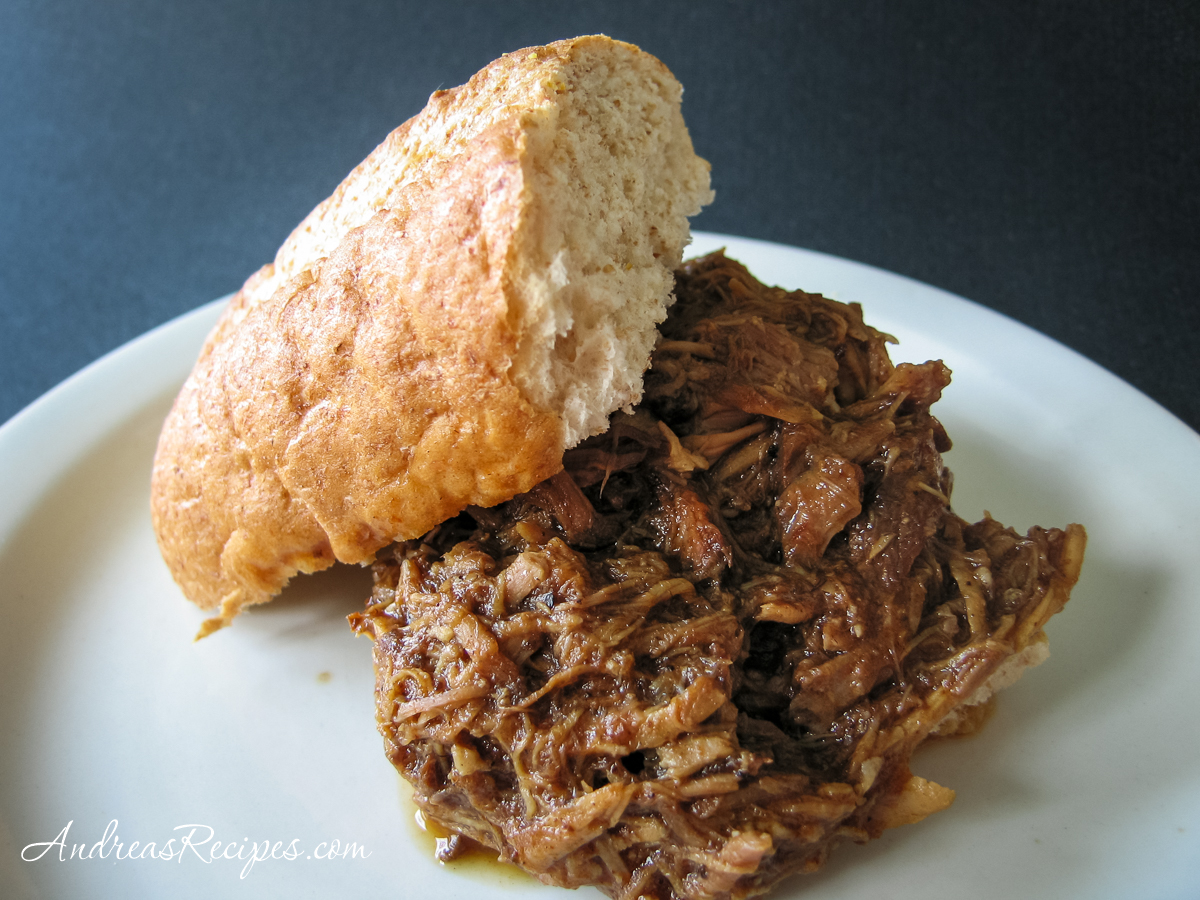 It's a little too cold to do the grill these days, but we still crave pulled pork BBQ in the winter, and making it in the slow-cooker is a great way to indulge the craving. We've made this with both bottled and homemade sauces, and our preferred bottled sauce is Dinosaur Bar-B-Que Roasted Garlic Honey if we don't feel like making a scratch sauce, but this easy sauce is interesting and different because the chipotles in adobo add a bit of heat that you don't find in regular sweet sauces. The meat tenderizes well during the 11-hour stay in the smoky, slightly spicy sauce, and we enjoy it piled high on a bun with extra sauce on top and some creamy coleslaw on the side.

We typically do this on a weekend since it does take some time to pull the meat, and I prefer to cook it overnight and then pull it the next day after it has had a chance to cool a bit. I love the magic of the slow-cooker and how it lets you wake up in the morning with the house smelling like delicious barbecue!

Serves 8 to 10 people, depending on appetites.

Look for gluten-free Worcestershire sauce and chipotle chiles in adobo.

Update: On July 24, 2009 Apartment Therapy The Kitchn featured this bbq sauce recipe as their favorite.

"The sauce is smoky and tangy with a nice kick- exactly what we said we liked in a barbecue sauce! (Also, try the pulled pork if you make this recipe. It's divine.)" 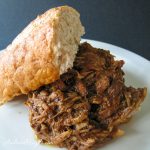 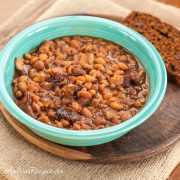 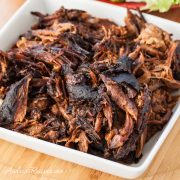 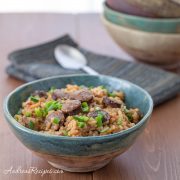