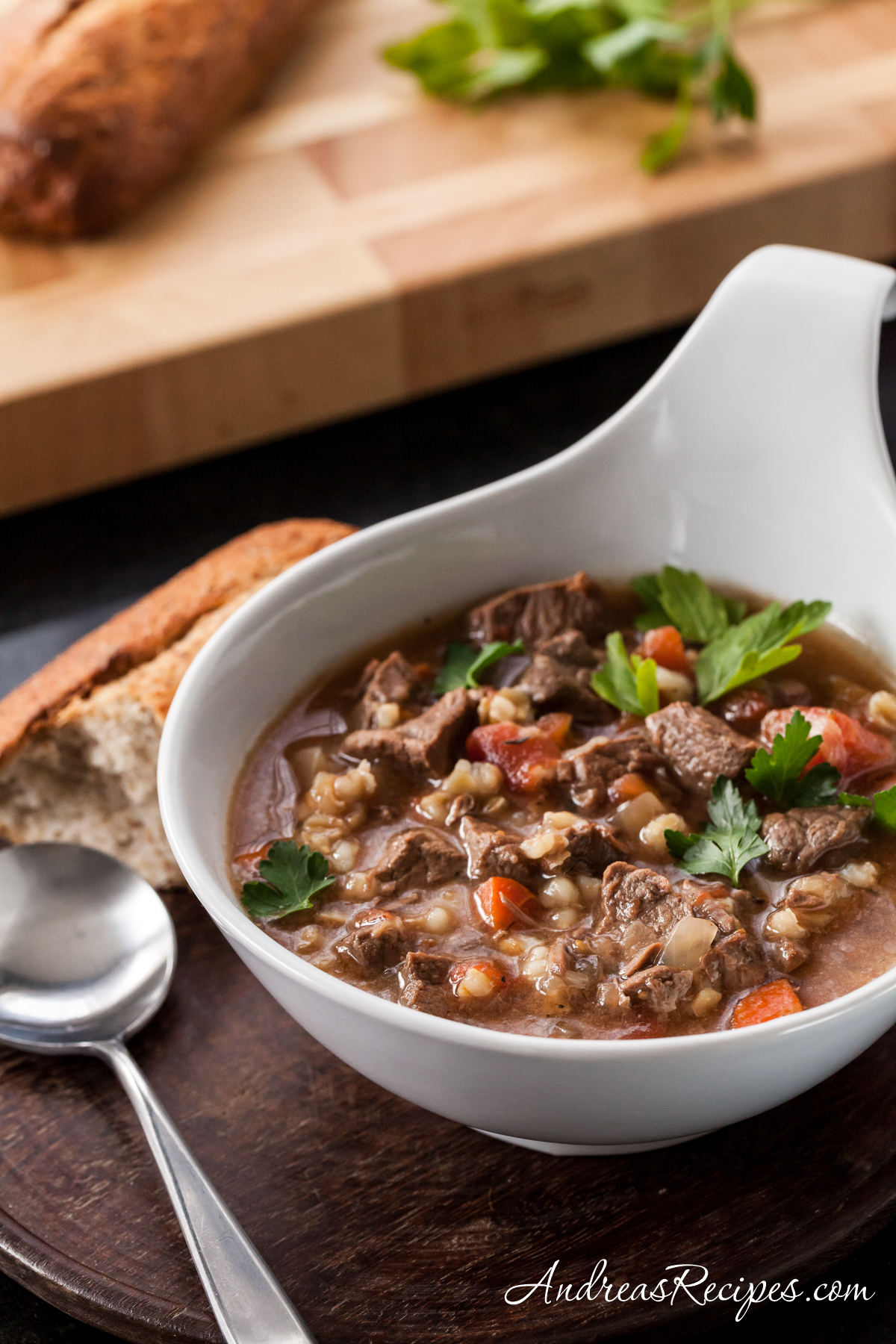 It's official—we're moving. Over the Christmas holiday we learned that Michael has a new job in the DC metro area, and now we're in the midst of selling a home and looking for another. I'm excited about returning to that area and I think it will be very good for our family, but right now it is a *lot of work* and I don't see that changing much in the next few months. Frankly cooking is not very high on the priority list at the moment, not when the house has to be kept immaculate for potential buyers to come visit. Oh, and our three little boys need some attention every now and then (every two or three minutes).

I never really gave this much thought until now, but all of this prepping to show the house has made me realize that I often make a real mess in the kitchen. I mean, some days it looks like a kitchen bomb went off. For example, I made blueberry pancakes for breakfast, and it took an hour to get the kitchen and breakfast area back to semi-spotless condition. Any meal requires complete cleanup after so that we aren't running around at the last minute when we need to show the house. It really puts a damper on my creative cooking spirit! Fortunately, we have some meals put back in the freezer that I can pop into the oven or microwave to warm up, and that way I don't have to make too much of a mess, but we do not have an endless supply of those prepped meals. I'm going to have to cook sometime, and the kitchen will get messy as usual. So I think it's time to break out some slow-cooker meals that will help alleviate some of the stress.

My philosophy about slow cooker food is very simple: I think it should taste just as good as when you cook the food on the stove top. This means taking a few extra steps at the beginning, then letting the slow cooker do the rest of the work. I realize that this is contrary to many slow cooker recipes, which often have you dump everything into the pot with almost no prep work. And truthfully you could do the same with this recipe and still have a fairly good tasting meal, but it works best if you saute the meat first and deglaze the pan with a nice wine, then add the meat and reduced wine sauce to the slow cooker. To me, that makes all the difference between a soup that is pretty good and a soup that is memorable (and still relatively easy).

For a weeknight meal, you can actually make this the evening before and let it cook all night, then transfer the soup to the refrigerator in the morning and just reheat it when you get home. Chunks of crusty bread go great with this and soak up the broth nicely.

This beef barley soup recipe is my contribution to January's installment of Waiter There's Something In My... (WTSIM), an event sponsored by Andrew of Spittoon Extra. This month's theme is stew, and although this recipe is called soup, I think it crosses the line into the stew category. Besides, there is a lot of gray area between the definitions of soup and stew in my opinion.

If you eat gluten free, use rice instead of the barley. Also make sure that the beef and chicken stock are both gluten free.

You can also make this the night before, then refrigerate until dinner and warm it up. 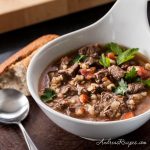 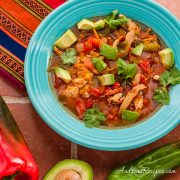 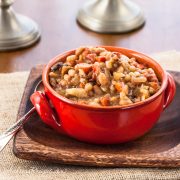 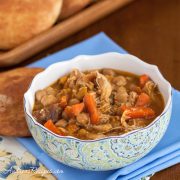