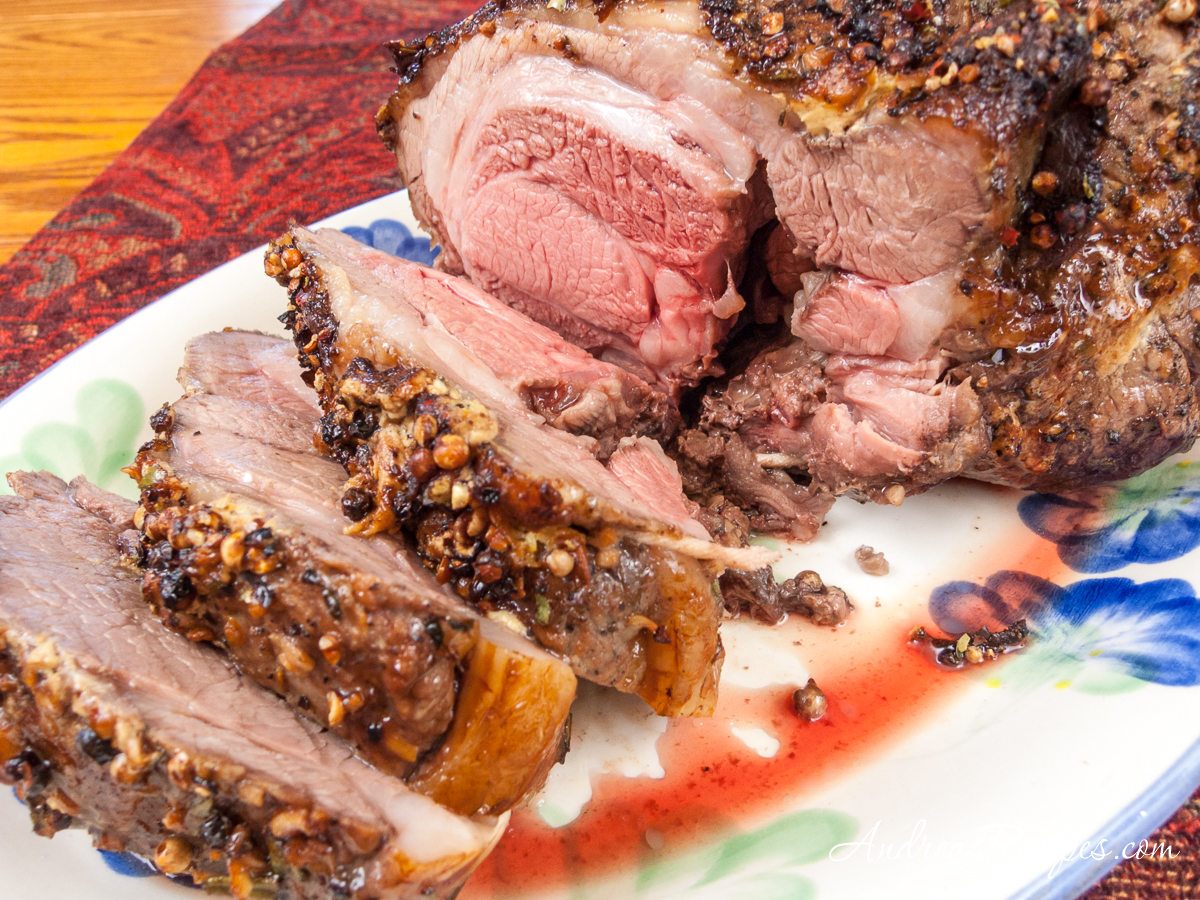 Big cuts of meat scare me. No, I don't have nightmares about them, but for years I have studiously avoided them because I hate to ruin a good piece of meat. Thanksgiving, Christmas, and Easter were the only times of the year when I would break out a big roasting pan and tackle anything bigger than a chicken. The thought of botching a beautiful piece of meat and inadvertently turning it into a tough piece of shoe leather offends many of my sensibilities.

In our last installment of Grow Your Own, Susan at Farmgirl Fare shared a simple technique for lamb spareribs, and I felt inspired. Maybe I would give lamb a go sometime. Maybe for Easter. It had been years since I had lamb. The last time I remember tasting lamb was at least 12 years ago in Saudi Arabia, and before that the last time was in New Zealand in 1992. I couldn't even remember what it tasted like. It was time for my taste buds and lamb to get reacquainted, and I just hoped I could make something with lots of flavor that Michael would enjoy, too. I brought home a leg of lamb and Michael said, "You got what?" He's not a fan, but with a little coaxing he was game for my not-so-little experiment.

I thought about roasting technique, considering whether to go for the slow roast or the a quick sear followed by a slow cook. I thought about seasonings, knowing I usually favor simple flavors when dealing with a good cut of meat, but also wanting to add some flavors that Michael likes. I read the lamb sections in several of my favorite cookbooks and finally settled on a recipe from The Silver Palate Cookbook, which called for marinating the meat in a mixture of herbs, wine and other ingredients, then roasting with Dijon mustard and a layer of cracked peppercorns. I knew he would go for the peppercorns. Based on the choice of the peppercorn crust, I decided to go for a slow roast method to help prevent burning.

I changed the ingredients up a bit based on what was in my pantry and what sounded good to me. I skipped the soy sauce and substituted apple cider vinegar in place of raspberry vinegar. My rosemary plant bit the dust early this winter, and my mint was overcome by whiteflies last month, so I had to rethink some of the flavors. After considering several options, I finally deciding on a few sprigs of thyme from my indoor garden instead. While mint would have been good, I was pleased with the thyme flavor in the marinade and I think it went well with the purchased rosemary. The peppercorns were crunchy and looked beautiful spread all over the surface of the meat.

The boys were starving by the time I got Easter dinner on the table, and both the three-year-old and the toddler happily wolfed down three helpings of the roast! (Kids, there's a lesson here! To make your mother happy, you should try everything on your plate AND ask for seconds!) The leftovers also got a good workout when I made a lamb stew yesterday, which was based on a slow cooker beef barley soup recipe we like. All in all, I would call this experiment a success. 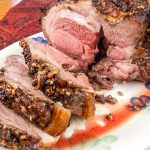 Make It a Meal 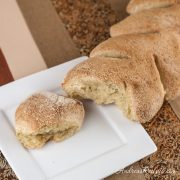 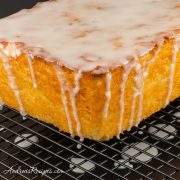 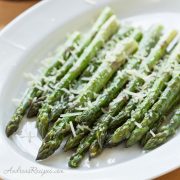 More Good Recipes for Lamb from Other Blogs