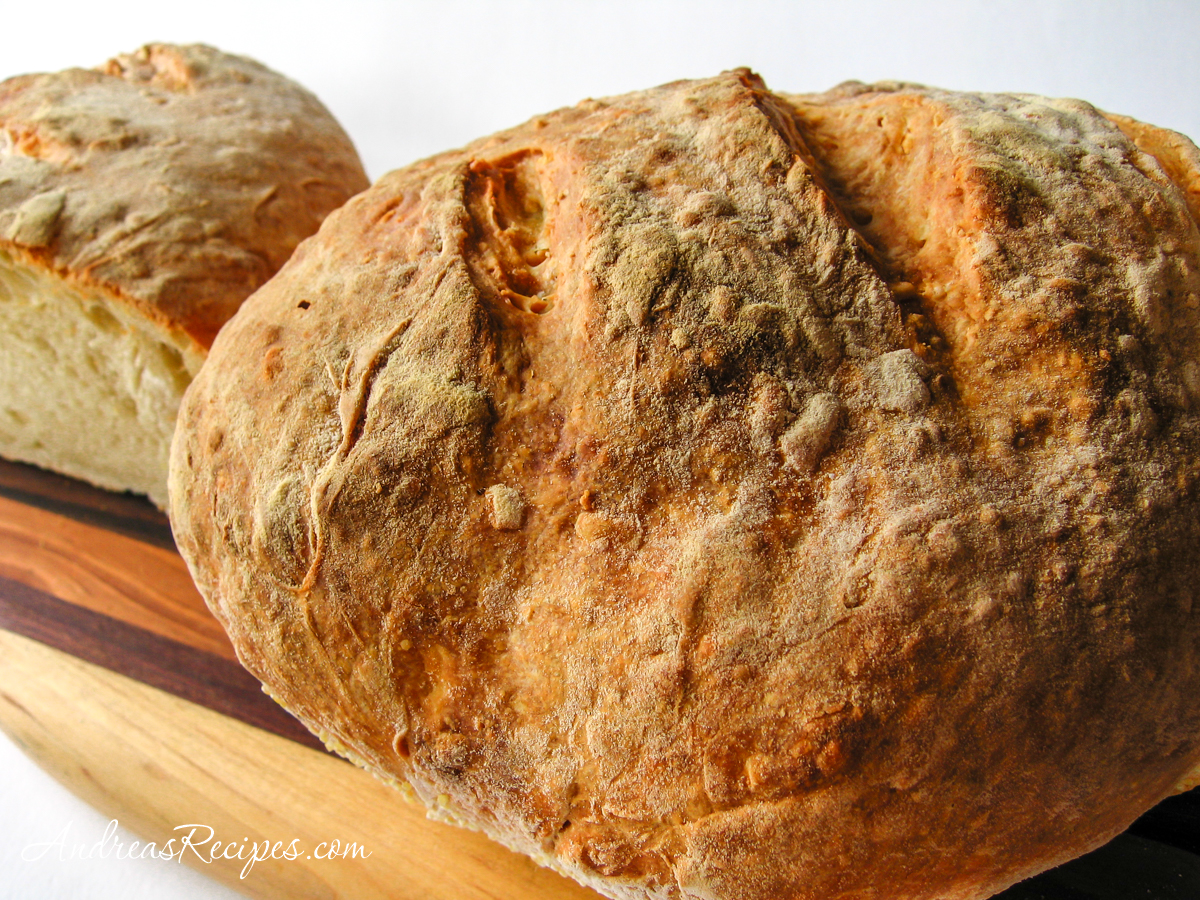 No-knead bread has both fans and detractors. Some people like the flavor, others say it has no flavor. Some bakers prefer to knead their bread, others like the no-knead method.

Susan of Farmgirl Fare and A Year in Bread played around with it for a while and enjoyed it, then felt guilty for abandoning her pain au levain for a bread that she ultimately felt didn't have much flavor. However, she did come up with a variation on the no-knead bread using the seasonings from her homemade Italian sausage, and she really likes how it turned out. Her variation added enough flour to allow the bread to hold it's shape on a baking stone, and the final product looked and sounded delicious. I had to try it.

I ended up with three separate batches, each with a different savory flavor. The first batch was almost true to Susan's recipe, with only the minor differences of using my sun-dried tomato pesto recipe and omitting the fennel and paprika. The next batch had asiago cheese, and the third batch had jalapeños and sharp cheddar. In all the batches, the crust did not achieve the ultra crispy crust that you get with the original no-knead recipes, but all had a nice flavor and chewy texture. All required more flour to allow them to hold shape, and I actually had to knead in some cases, but I would say that it was worth the effort. I like what Susan did with the formula. 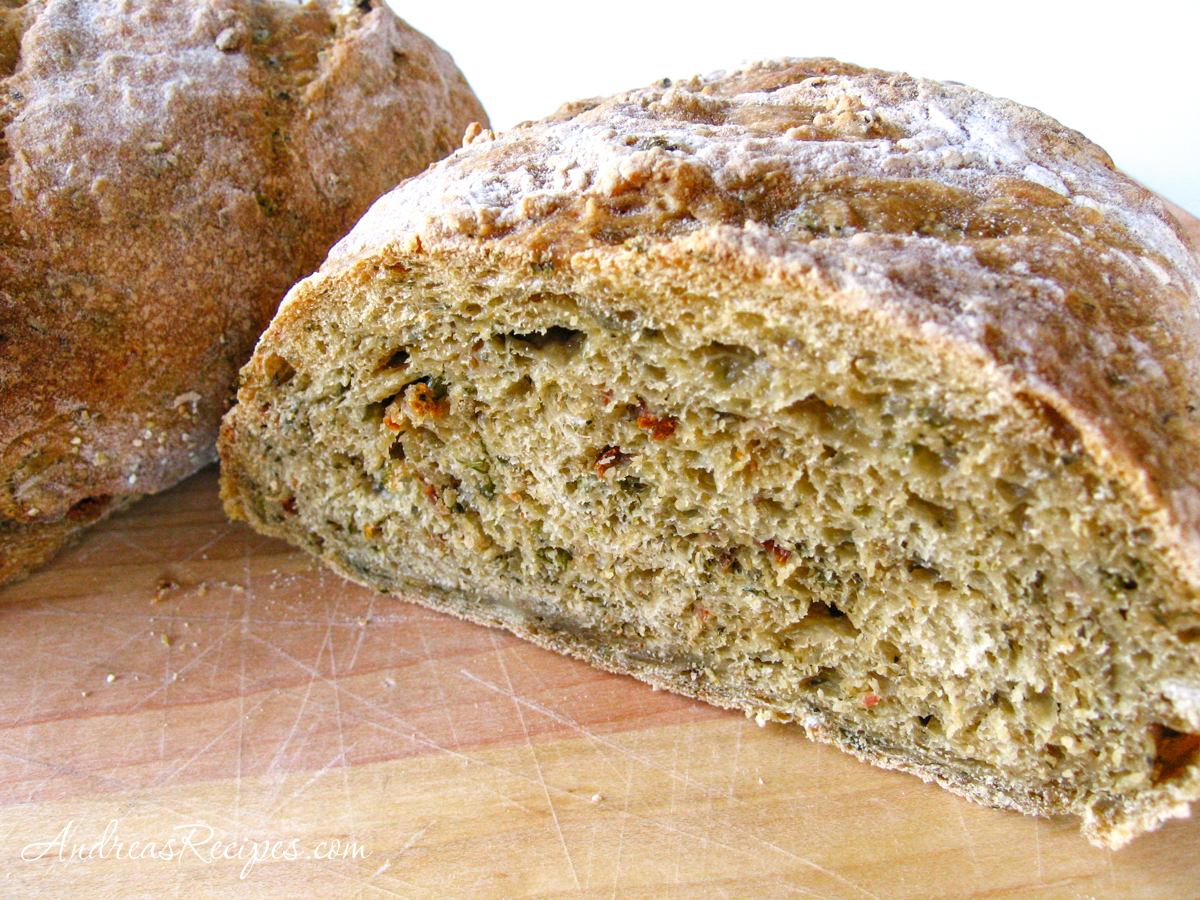 The pesto bread was simply yummy, more dense than the original no-knead, and it made fantastic panini. Like Susan, I was surprised by how slack the dough was after the long rise and tried to gently work in a bit of flour without kneading it, but the dough still continued to spread somewhat during the second rise. (Thank goodness for silicone pastry mats. I bought one a few months ago, and it has been great for working with bread dough because nothing sticks to it and I don't have to waste a ton of flour trying to keep dough from sticking.) I don't have a metal peel, so I just lifted each loaf onto the pan, but of course it was slack and lost its shape as soon as I lifted it. I had to reshape it on the baking sheet. Recommend using a peel for that step if you have one.

The asiago was even more dense, probably from working in too much flour. That was one of those days when my best laid plans have been rearranged by three little boys, so the bread actually sat rising for 30 hours before I had a chance to prep it for baking. I was almost afraid to look, but I was pleasantly surprised to see that it hadn't turned into some goo from the Black Lagoon, and it actually smelled fantastic. However, that batch was so loose that I couldn't work with it and I ended up kneading it trying to make it hold a shape. So much for no-knead bread. As I said, this loaf was dense and chewy, but had a nice rich flavor and a wonderful aroma. Michael loves chewy bread and he practically ate the whole loaf by himself! 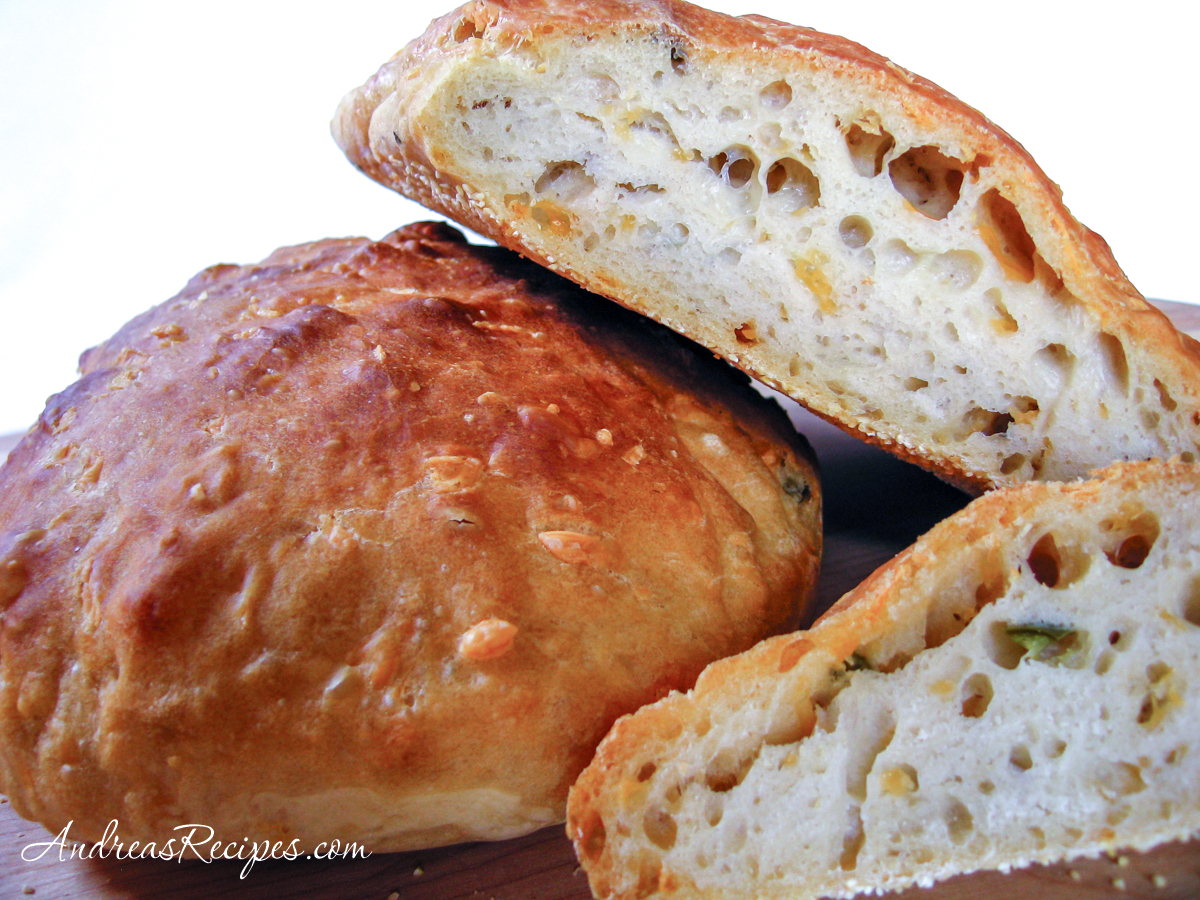 The jalapeño cheddar was also chewy, but not as dense as the asiago. This batch was also very slack after the second rise, and I went back to the original no-knead method of dumping the risen dough into a container for baking, in this case two Corning French White casseroles, but minus the lids because the dishes aren't deep enough. The dough didn't spread very far when I dumped it into the preheated casseroles, and it rose and browned nicely on top. I thought that the jalapeño flavor was nicely distributed throughout, but my chili-head husband says that he only detected the jalapeño when he bit into one. Then he admitted that he has probably killed off many of his taste buds with all the hot stuff he's eaten over the years. So I guess the arbiter on whether or not there are enough chiles is...how much heat can you stand? For me, one jalapeño was enough, for Michael, three, four, six, eight, a dozen....

So pick your poison. I've listed the base ingredients first and then the various fillings after. Choose one and have fun! 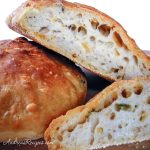 Nutrition values are for the Pesto Bread. 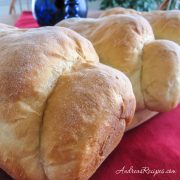 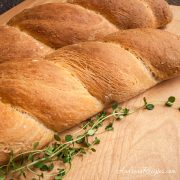 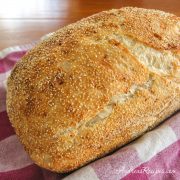