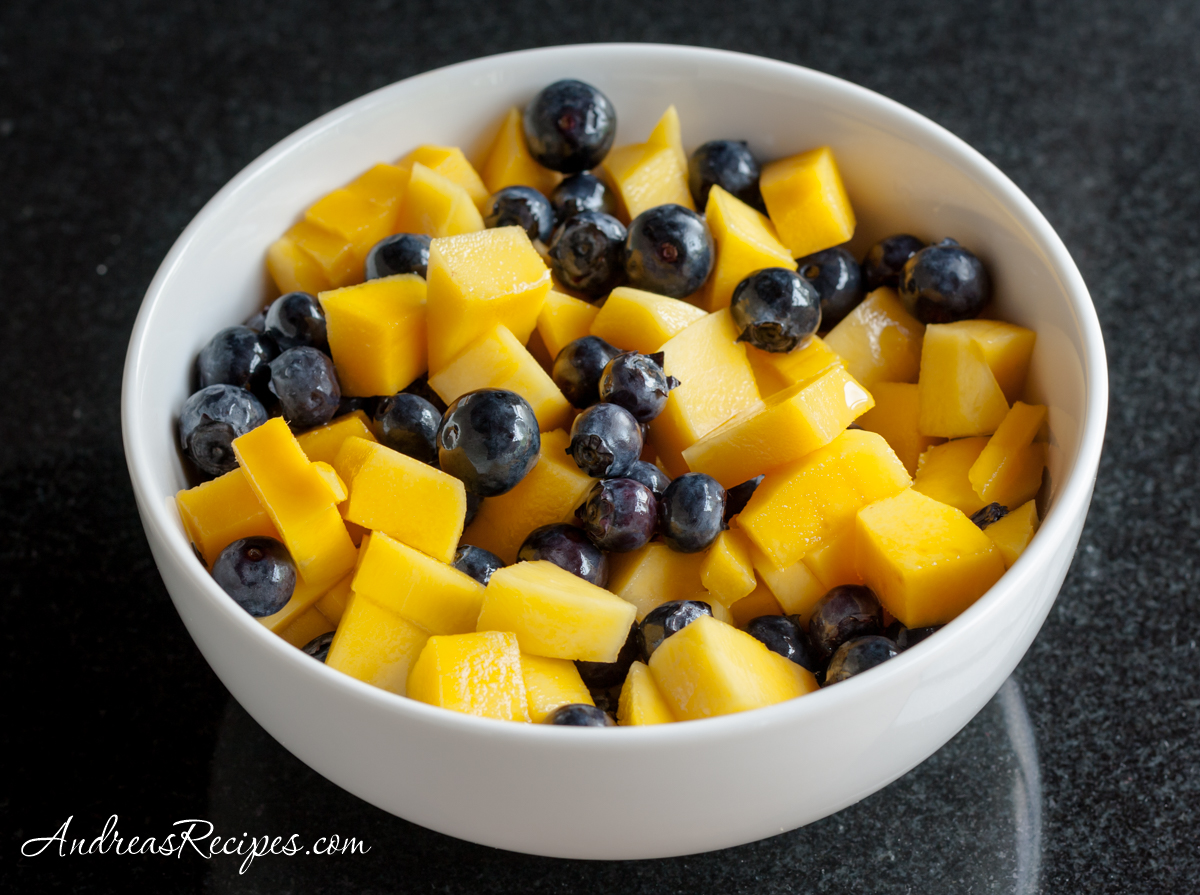 In 2007 we bought two blueberry bushes, the low bush variety that produces small berries like our favorite wild blueberries from Maine. We almost lost them due to flooding both the first and second year, but somehow they managed to survive, though they haven’t produced berries yet. It takes a few years for blueberry bushes to begin producing, and when they do it’s often small amounts at first, but growing as the bush matures. (The photo is a little off because I was trying to shoot through the protective netting.) 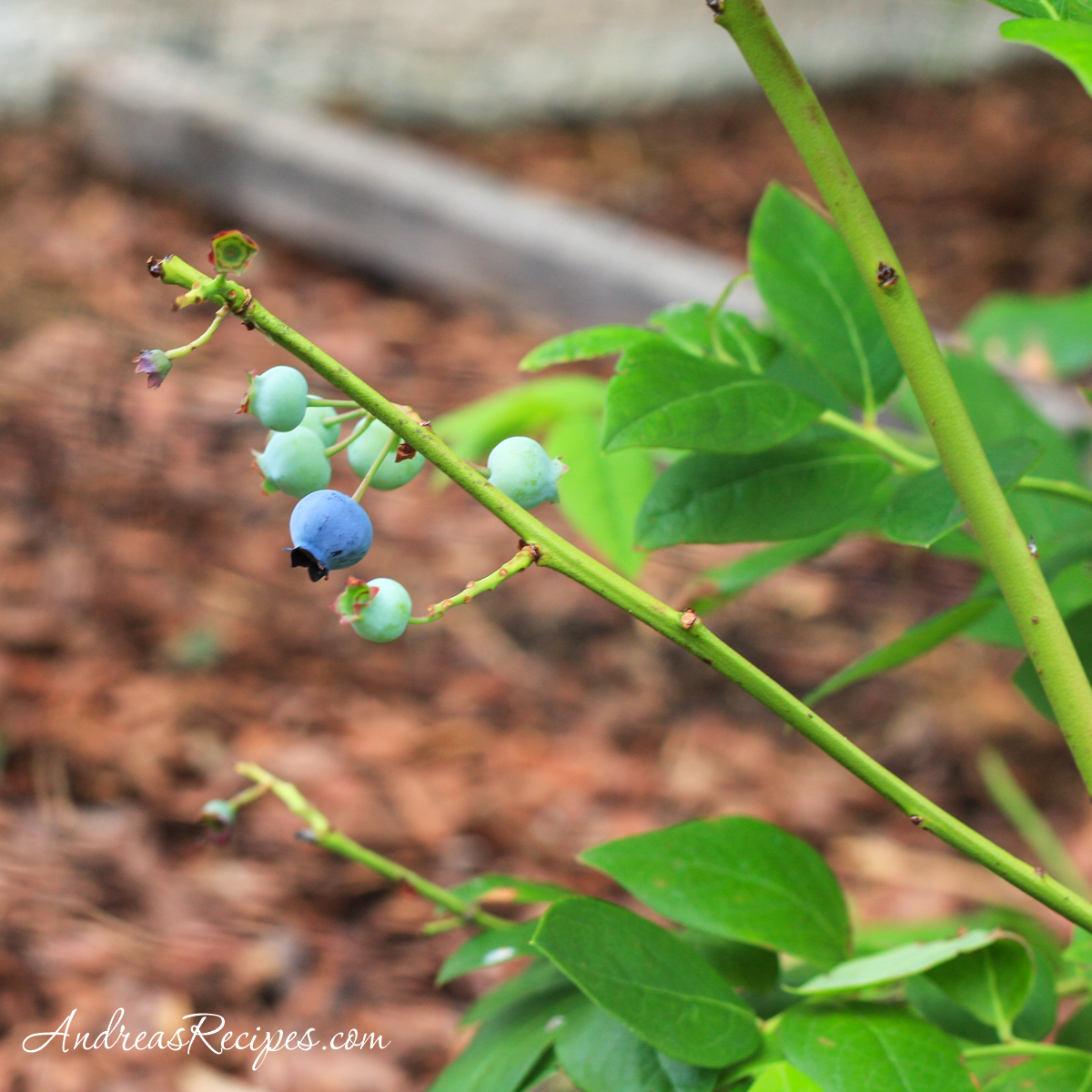 We now have seven blueberry bushes, and we deliberately chose a mix of low and high bush as well as a range of production times, so in the future we hope to have early, mid, and late season blueberries harvests. This morning we gathered the first blueberries of the season, though there weren’t as many as I had hoped. We had a little storm come through yesterday which knocked our blueberry cages about, and the birds found an opening and took advantage of it. We were happy to have enough for the salad, but now I have some work ahead to set the cages back in place. The birds and squirrels like ripe blueberries as much as we do, and hopefully we’ll beat them to the next round.

Fruit salads find their way onto our menus frequently during the summer, and we have a lot of fun mixing flavors and trying different combinations. Mangos are also in season and we tossed them with our fresh homegrown blueberries and a ginger syrup with rice vinegar. The boys really liked the sweet and slightly sour combination and devoured it with their afternoon snack. I wrote the recipe with a full batch of simple syrup because I like to keep it on hand, but you can also reduce it by a quarter to make the precise amount for this salad.

This is my post for Grow Your Own, a blogging event that celebrates the dishes we create from foods we've grown, raised, foraged, or hunted ourselves. I hope you will join us! I am hosting the June event and you can send your post information to me. If you are new to the event, you can read more about the rules for participating at the Grow Your Own page. The deadline for sending posts is June 30. 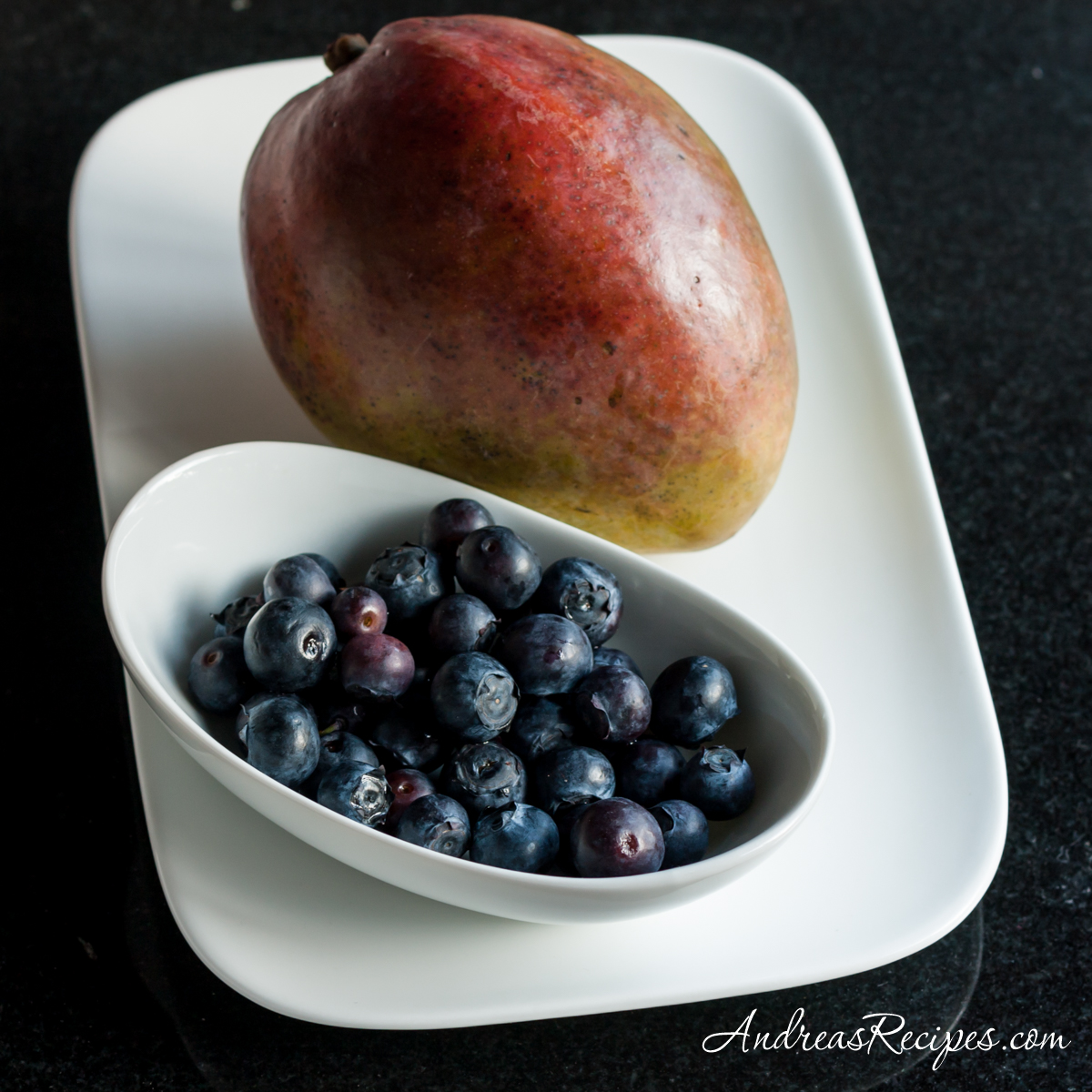 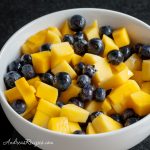 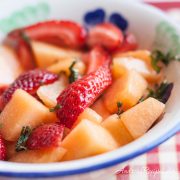 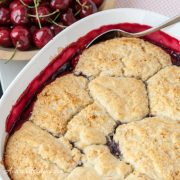 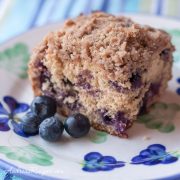 More Blueberry Recipes From Around the Blogs