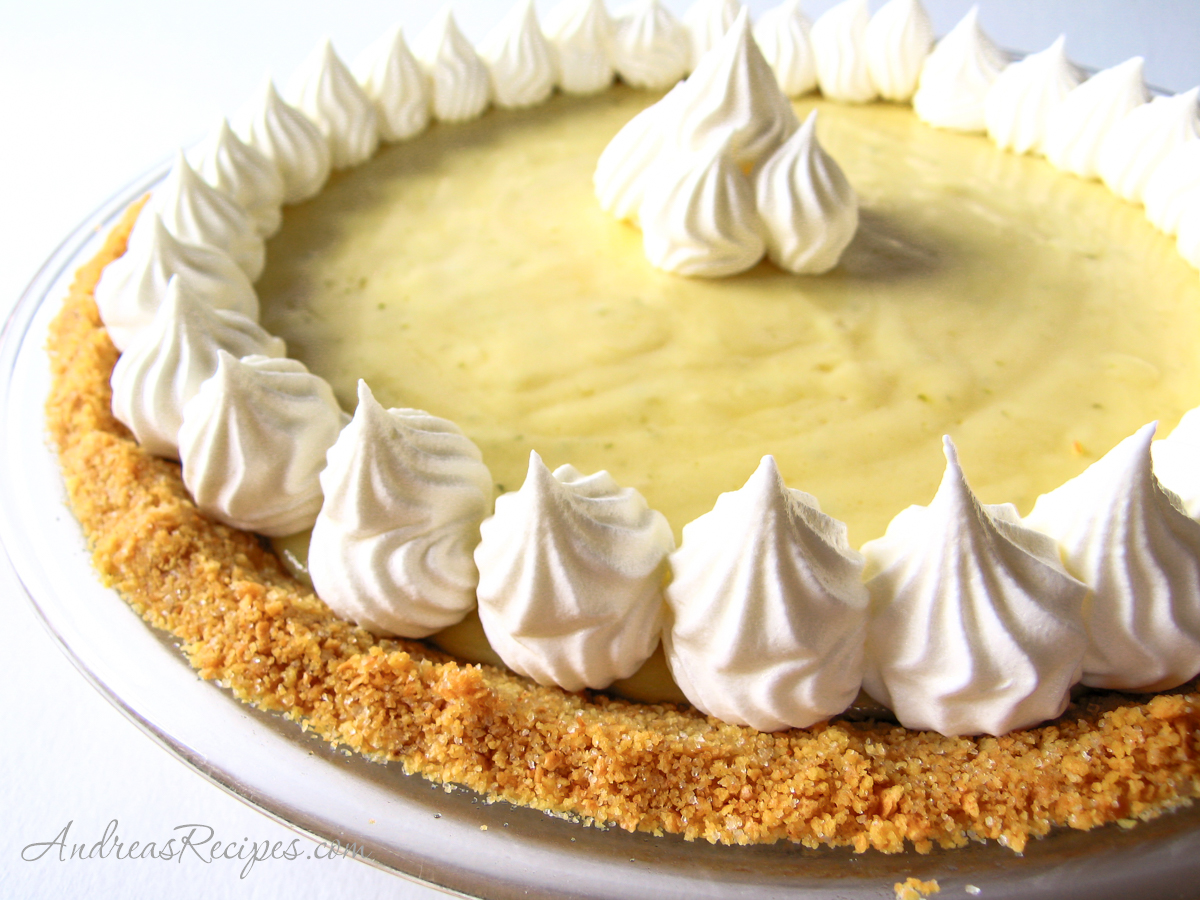 I was thwarted in my attempt to make an authentic key lime pie last weekend.

I've been trying to make a good, intensely-flavored key lime pie for several years. A few years ago I made my first pie on a whim when I spotted a bottle of Nellie and Joe's in the grocery store. It was early summer and the thought of a refreshingly cold key lime pie grabbed me and I brought a bottle of the juice home. I used the recipe on the bottle, and I thought it tasted pretty good, but there just wasn't enough lime for me. Thus began my quest for a more "limey" key lime pie, and I wanted the real thing with freshly squeezed key limes.

Well of course I could substitute the more common Persian limes, but they aren't the same. The key limes have a stronger flavor that makes all the difference in a key lime pie. The bottled key lime juice is considered an acceptable substitute in a pinch, but I wanted the real thing with the zest and juice of some fresh key limes.

But key limes can be notoriously difficult to find unless you live in...Florida.

In the last four years I think I've seen fresh key limes once in all the grocery stores I've been too, and they were so expensive I couldn't bring myself to buy them. My search for (affordable) key limes almost became an obsession. I even went to the extent of buying a key lime tree from Lowes and trying to grow it in a pot in my kitchen since I live too far north for the tree to survive in winter. I loved that little tree, but so did the critters that launched a massive attack, some kind of citrus-obsessed bug that devoured the poor plant. I think I managed to get a handful of beautiful limes before it succumbed to the siege. Back to the drawing board.

So for Memorial Day and to celebrate the start of the summer grilling season I decided to try yet another version of key lime pie and I was determined to find some fresh key limes. I had been out all afternoon running errands and I hurried on to the grocery store thinking that I would pick up the limes along with a few other things. Because I was on a time crunch to get home, I didn't want to make multiple stops. So I chose the grocery store that I thought had the best chance of having everything I needed.

Boy was I disappointed. Not only did the store not have the key limes, they didn't have several other things that I needed. That was very annoying because I had a couple projects in the works and I needed some specific ingredients. And a thunderstorm had just started. I could hear the thunderclaps and the rain pounding on the roof. This was not my day to go grocery shopping.

I dashed through the rain and put the few groceries I had found into the car and headed home, thinking that I would just skip the other stuff and wait until tomorrow. But the thought of the key limes tugged at me and I couldn't push it aside. I was making the pie that night and I really wanted the authentic taste of tart key limes. As I started to drive past the last grocery store, I decided to just jump in there quickly to search for some of the elusive little jewels.

I briskly walked into the produce department, my eyes scanning the displays. Persian limes, lemons, oranges, mangoes, baby pineapples, quinces, passion fruit...no key limes. I asked if they had any, but the produce man simply said, "I'm sorry, ma'am." Another dead end.

So I took my sorry self home and decided to compromise...again. I had a couple Persian limes at homes, so I used the juice of two fresh Persian limes and added some bottled key lime juice. This recipe uses a bit more juice than the traditional ½ cup called for in most I've seen, which helps add more lime flavor. If you like a strong, tart, limey flavor, then this is definitely worth a try if like me you cannot find the elusive fresh key limes. We thought it tasted pretty delicious! 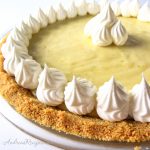 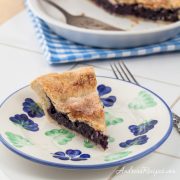 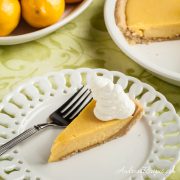 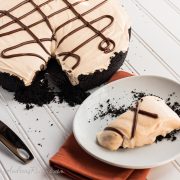