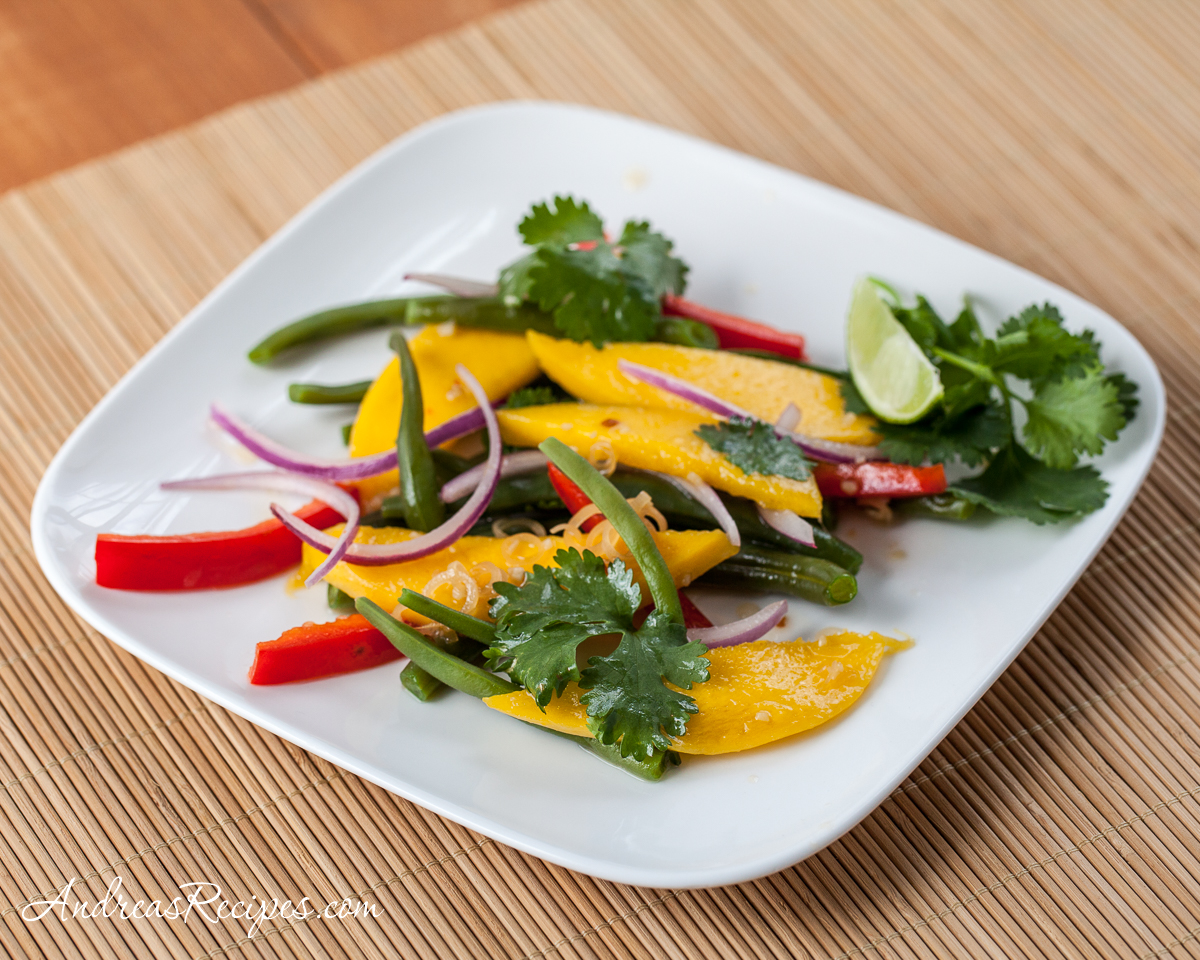 Part of my summer memories include snapping green beans with my sister. My father would bring them home from local farmers by the bushel or half bushel, and we would sit down on sheet with the beans piled in the middle and begin snapping. Mom canned many of them, and some went straight into a pot with a ham bone. I still love green beans cooked that old-fashioned way, but I also love them crisp tender in salads, stir fried, and in other side dishes.

In this green bean salad, I combined my favorite Thai flavors in a vinaigrette and tossed it with green beans, mango, red bell pepper, and cilantro. It’s such a refreshing combination and tastes like a big mouthful of summer. Even my two older boys who aren’t green bean fans ate this and asked for seconds. Except for Monkey Boy, who may never come around on green beans. But we’ll keep trying with him!

Make sure the green beans are cooked just right. Overcook and they will be a mushy mess; undercook and you’ll be chewing for a while. They should be tender with just a bit of crunch. 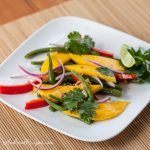 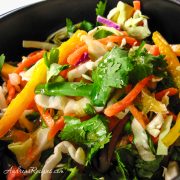 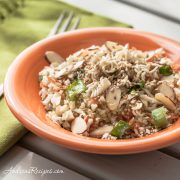 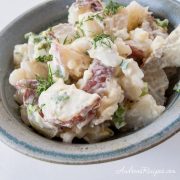