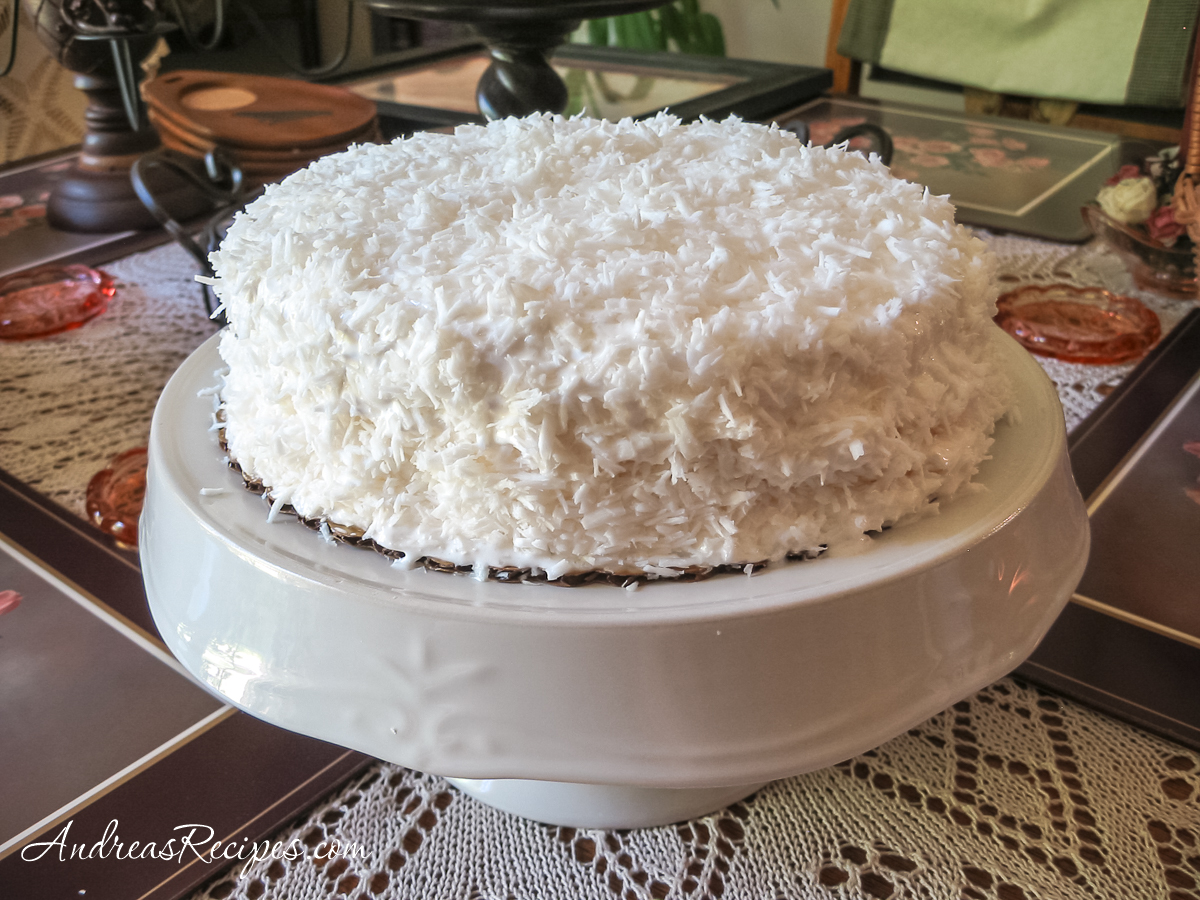 We love this coconut cake for holidays and birthdays. The nearly 100-year-old recipe was handed down to my mother from my late paternal grandmother, who learned it from my great-aunt Gladys. My mother tried for years to get the recipe right because it's my father's favorite cake. My grandmother wrote these notes to my mother: “Germaine, When I add the hot milk-oleo mixture, I usually mix lightly on very low speed of mixer then finish mixing thoroughly with spoon. But don’t beat. As I said, this is a very sensitive cake, so have everything measured and ready before you start mixing. Gladys used to say, ‘I never let the beaters stop after I start, until finished.’” When Mom finally made a coconut cake that tasted like Grandma's, Grandpa proclaimed that she was now "a McClure."

Grandma sometimes added pineapple in between the layers, but the cake doesn’t keep as long. She did not leave us any instructions on how to do it. Grandpa used to help by grinding fresh coconut for the cakes. In later years, Grandma bought frozen sweetened coconut. The cake freezes well. Grandma used to wrap them in several layers of plastic wrap before putting in her freezer. She even mailed a whole cake to my mother for her birthday one year. We were shocked to see that it arrived intact with every strand of coconut in place!

The boiled frosting is the most difficult part, but when done correctly it has a consistency very much like a soft marshmallow creme. It can be very temperamental based on humidity, so make sure your kitchen is cool and dry. Store the finished cake in the refrigerator, otherwise the frosting will drip and run.

It takes two days to make this cake, so plan ahead. But boy, is it worth it! It makes a beautiful cake for parties. You can make this in one day, you just need to start early in the morning so that the cake has time to cool before you frost it.

We saved my grandmother's recipe cards for this cake, drips and all. They are one of my favorite mementos of her. 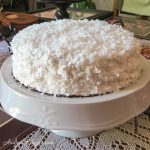 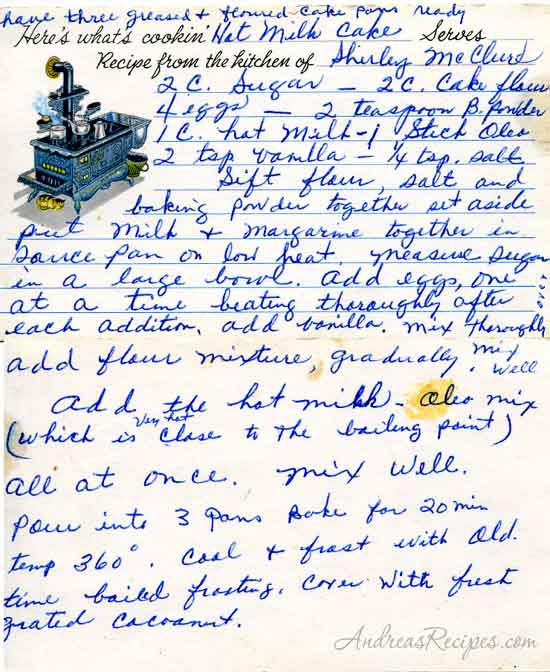 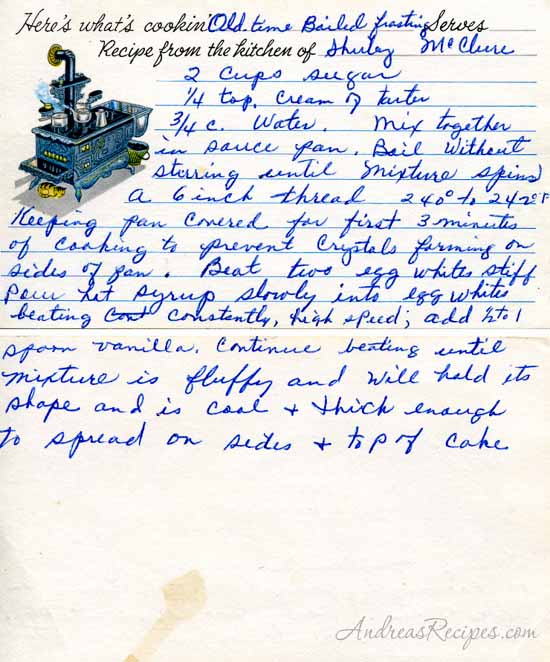 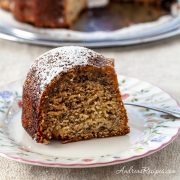 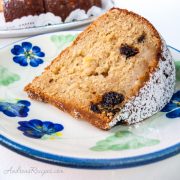 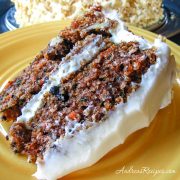