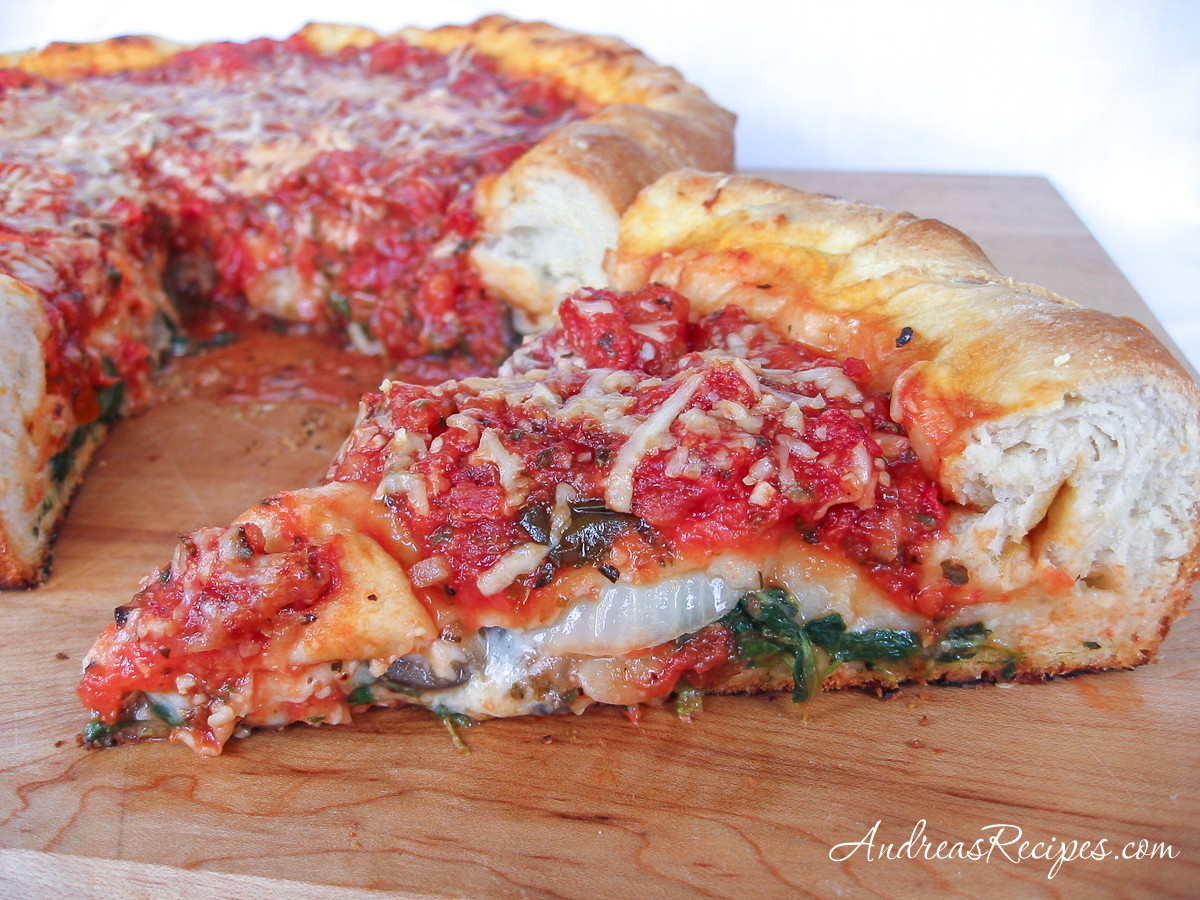 I had my first taste of stuffed pizza at Giordano's as a teenager. Years later while working in Chicago I frequented several of the great pizzerias, but the stuffed pizza at Giordano's always kept me coming back. I tend to prefer a more traditional single crust hand-tossed style of pizza, but Michael does such a good job on these that I feel like I'm back in Chicago.

This is Michael's specialty and favorite kind of pizza, and a meal that we enjoy making on the weekends. He worked in a pizza joint for a couple summers in high school and learned a few tricks along the way. When we were dating, I was impressed that he not only made pizza from scratch, dough and all, but that he also had the gear to work the magic—a professional deep dish pizza pan. Clearly this was someone that I should get to know better!

Michael follows Pasquale (Pat) Bruno's recipe for dough and sauce from his book The Great Chicago-Style Pizza Cookbook, although we go with our own fillings depending on what is in season. Pizza is a vegetarian meal for us, so we add spinach, mushrooms, olives, peppers, zucchini, basically whatever sounds good, to the cheese stuffing. 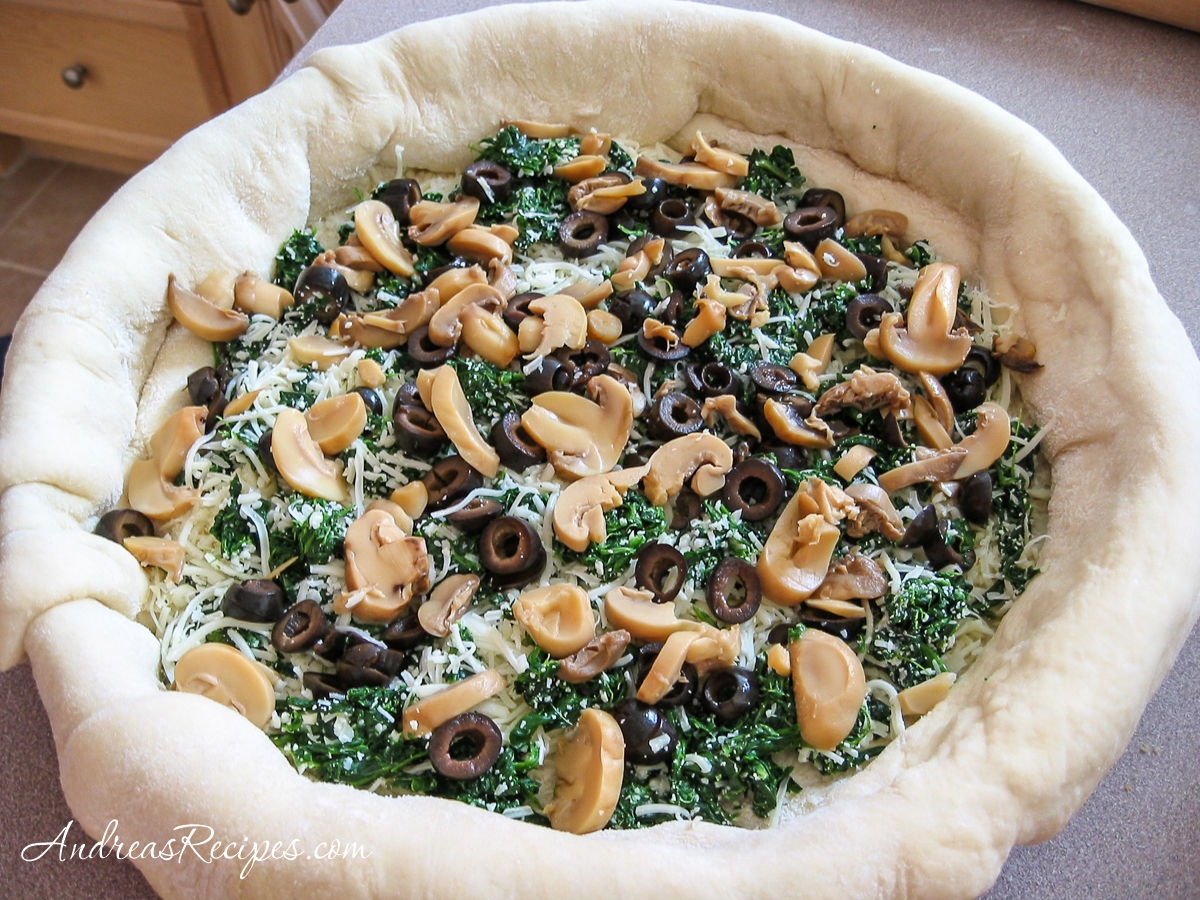 Michael used to cook the sauce, but we tried just letting it stand as recommended in the recipe and we found that the flavors were more crisp and fresh. We also use instant yeast instead of packaged active dry, which means that you don't proof the yeast in warm water. Add the yeast directly to the dry ingredients and then stir in the warm liquid. 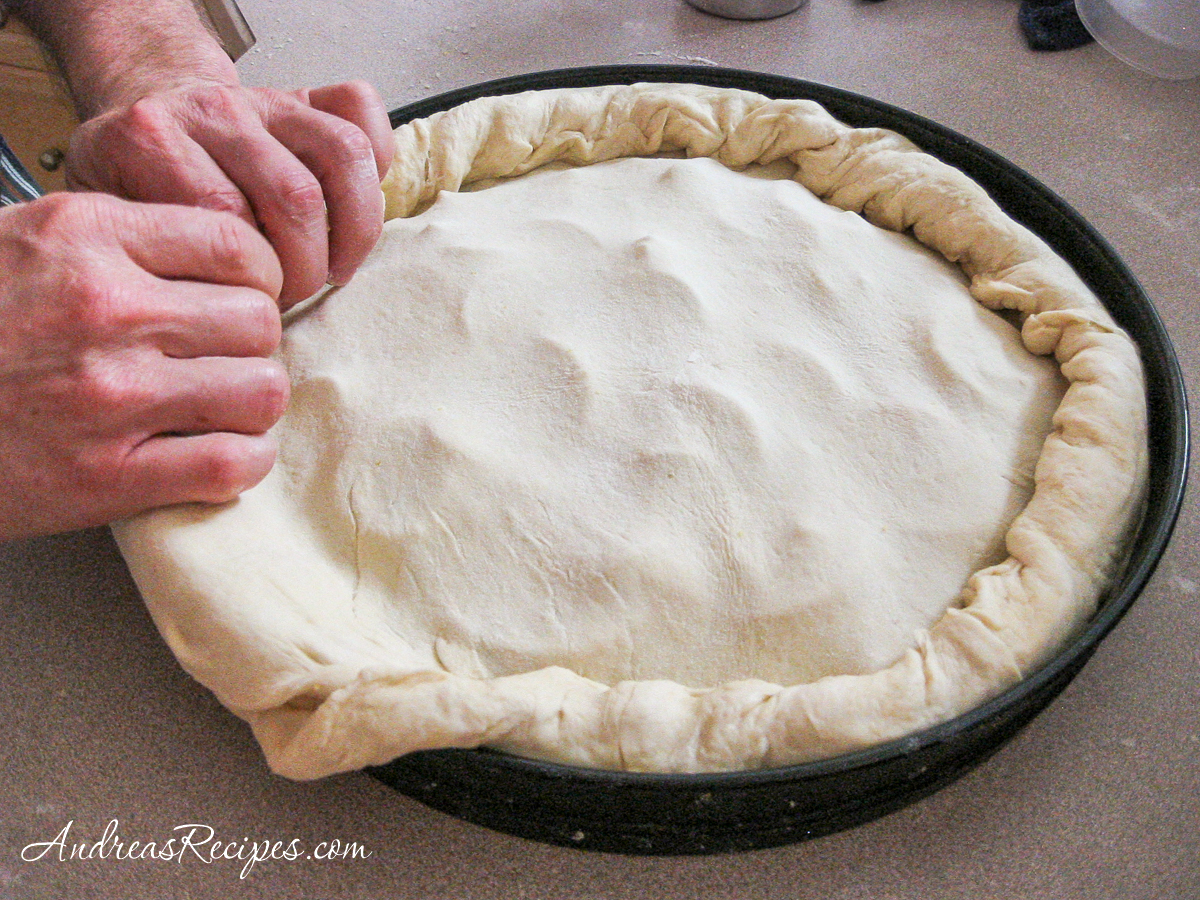 This takes some time and you need to plan ahead, but it's well worth the effort. It makes a fun meal for a dinner party, just have the dough and sauce ready ahead of time and have your guests help chop veggies and assemble the pie. 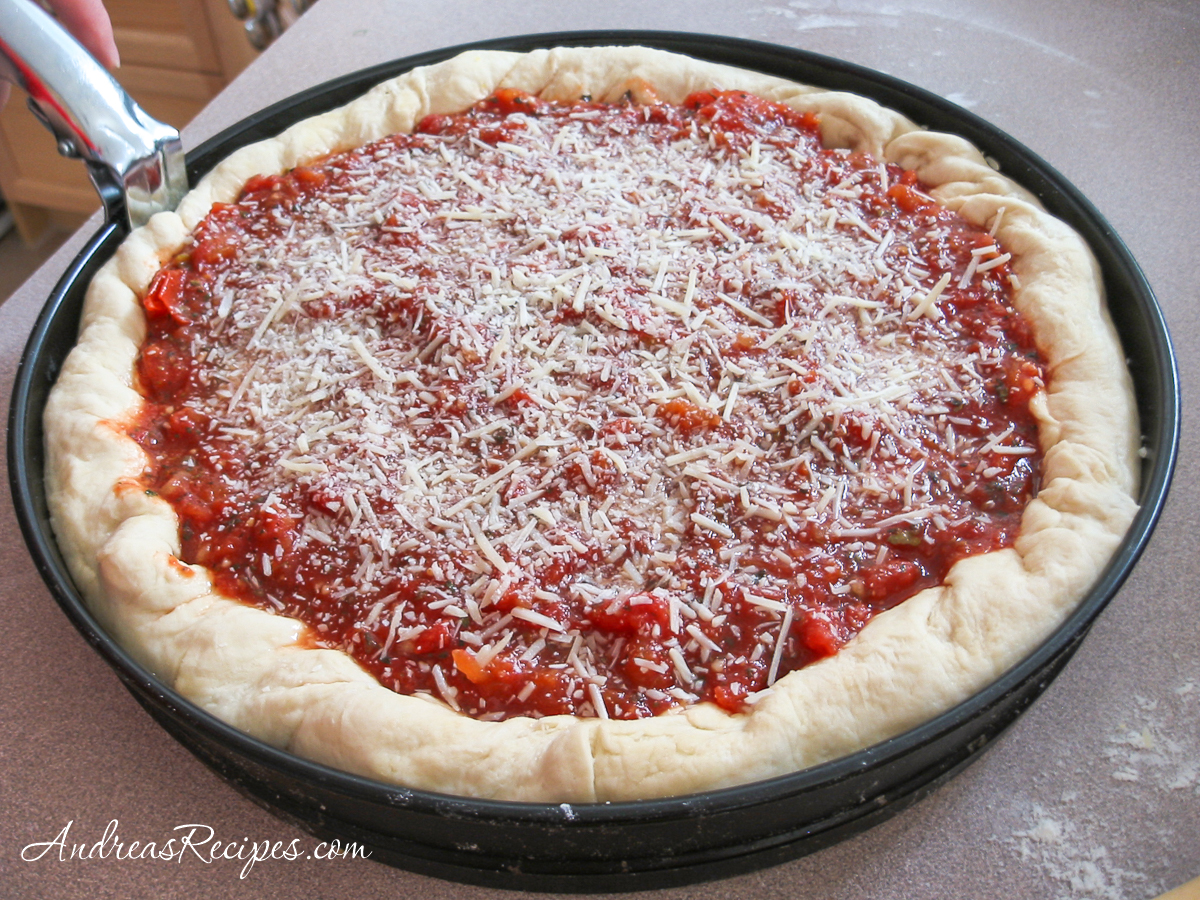 Make sure the spinach has no liquid remaining before adding it to the pizza, otherwise you’ll end up with a soggy bottom crust. We put the thawed spinach in a colander and press on it with our hands, then press with paper towels to soak up every last bit of water.

Make sure you put the pizza on the lower rack first for at least 10 minutes so that the bottom crust cooks, otherwise you’ll end up with a soggy bottom crust.

Yeast: You can use 2 packages of active dry yeast instead of instant yeast. Proof the yeast by dissolving in the warm water with the sugar. If it blooms, you are ready to go.

Vegetables: Peppers, zucchini, and eggplant all make good fillings for this pizza. Chop them into bite-sized pieces and saute in 2 tablespoons of olive oil for a couple minutes, just until slightly softened. Combine with the cheese before adding to the pan. 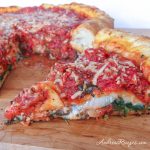 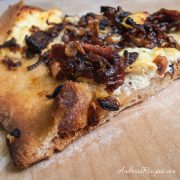 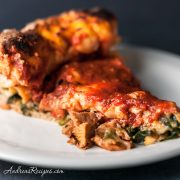