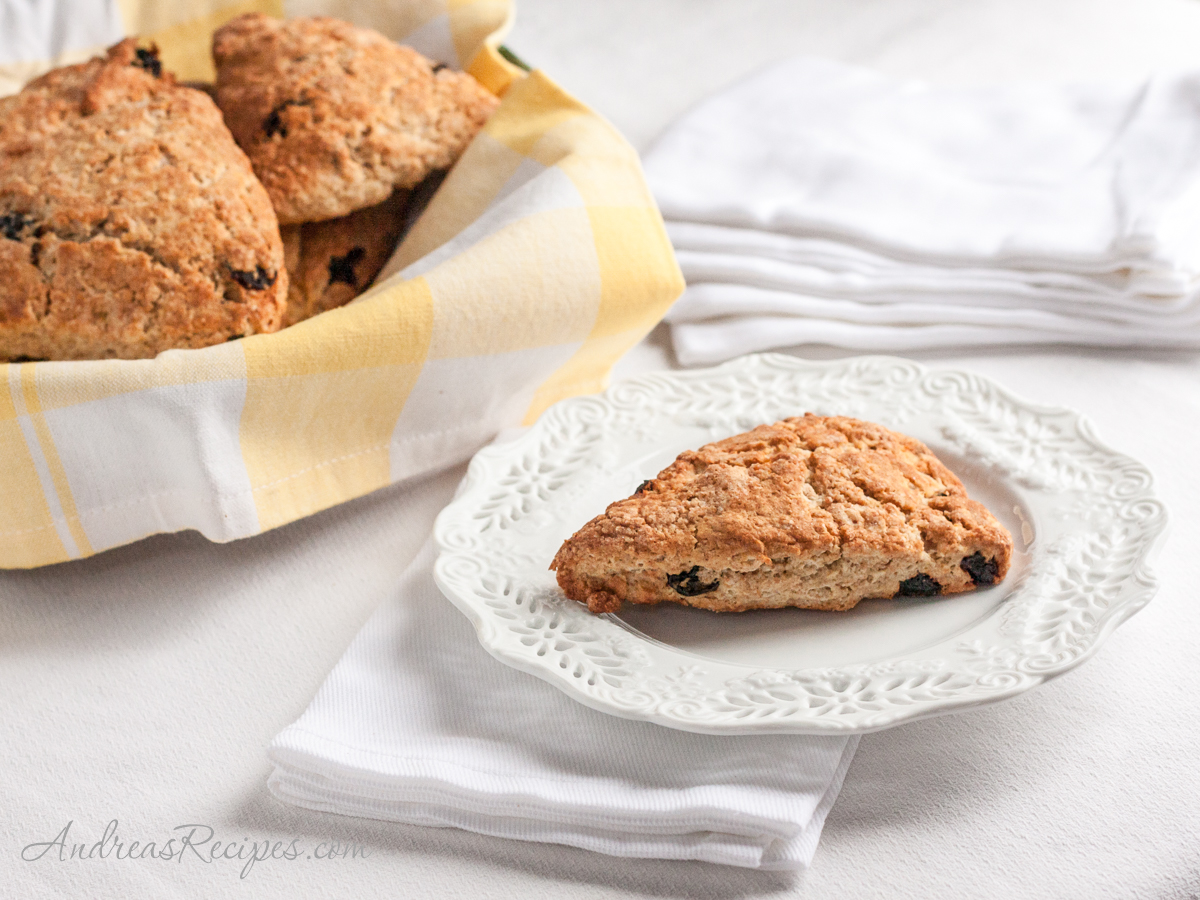 I have two little early risers, as in they like to get up before the sun. The baby has taken to waking up around 4:30 am and then staying up, and my oldest has always been an early bird. In fact, he starts talking and singing almost as soon as he wakes up. We hear him over the monitor as early as 5:30 am and Michael will go camp out in the boys' room to keep him settled down until we feel it's a reasonable time to get up. His talking and singing can get so loud that he sounds like a morning dj, so we started referring to his antics as the "morning show." "Hey, it's 5:30 am and time for all you sleepy heads to get up and PLAY!"

In desperation we put a digital clock in my son's room and explained to him that he was supposed to get up at a certain time. So if he's awake before 7:00 am, he can go to the bathroom but then he's supposed to go back to bed and stay there quietly until the clock says 7:00. He shares a room with his 2-year-old brother, who prefers to sleep a little later than his older sibling. Sometimes the 2-year-old gets a little grumpy when his big brother wakes him up, but he gets his revenge...the younger one talks himself to sleep at night and big brother tells him to be quiet when he's trying to fall asleep.

It's sometimes hard to get motivated to make breakfast for my little alarm clocks who like to wake everyone else up but aren't yet self-sufficient enough to fix their own meals, and most weekday mornings I'll heat up some oatmeal or some leftover waffles or pancakes from Sunday breakfast. However, all the kids are sick and home from school this week and I needed to do something a little fun yesterday to keep me sane. So I whipped up these cherry sour cream scones for breakfast and enjoyed them with a good cup of hot tea...a nice, civilized way to start a busy day with my early birds.

You can also make these with 1 cup white whole wheat flour and 1 cup unbleached all-purpose flour. When using whole wheat flour, I recommend adding 2 or 3 tablespoons of milk or cream to the mixture to keep them from turning out dry and crumbly. 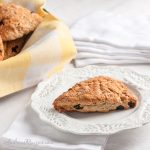 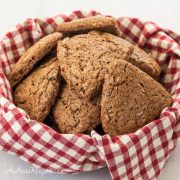 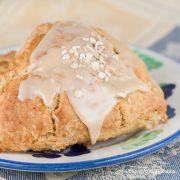 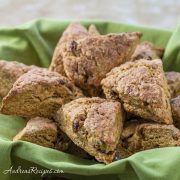