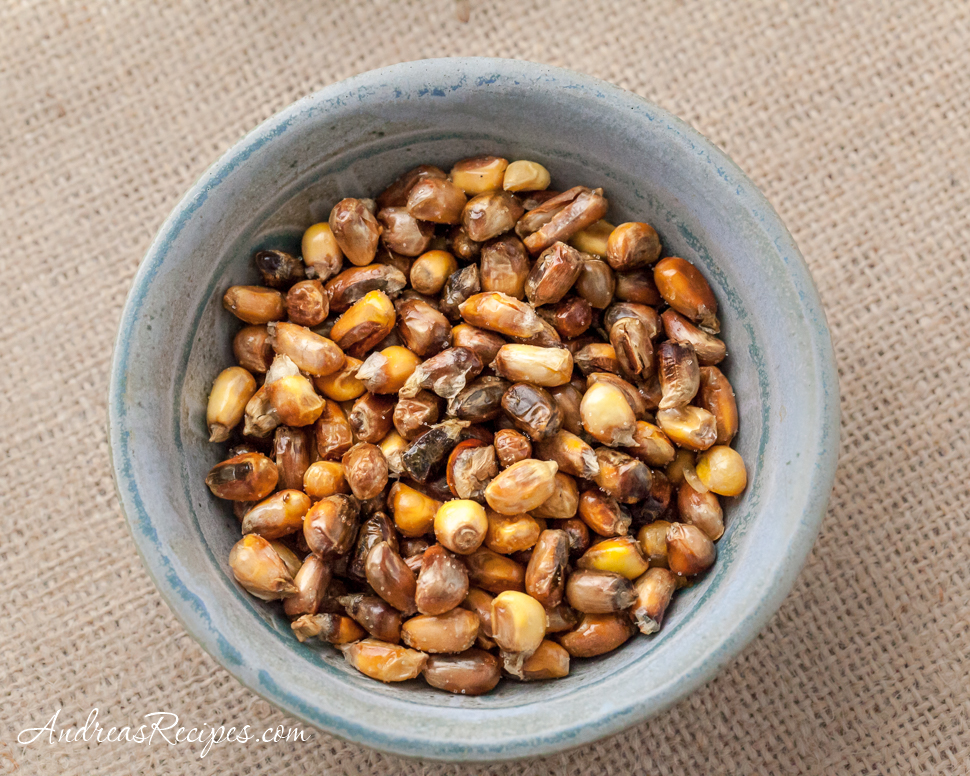 When traveling around in South America, I remember stopping at roadside stands to buy the local grilled corn, maize, with large meaty kernels. The texture is different from the sweet corn I grew up with and I became enamored with it. Now imagine those meaty kernels made into popcorn. When the maize kernels pop, that tougher texture holds together and the resulting popped corn is more like a crunchy nut. Shake some salt over it and you’ve got canchita, an addictive snack that’s very popular in Peru, often served as a first course along with ceviche, though it’s also perfect for happy hour snacks.

I’ve found the maize kernels, known as cancha chulpe, sold in bags in some international grocery stores in our area, so check similar stores in your area. If your pot has a heavy bottom, i.e. cast iron or layered stainless steel, you can cook over medium-high heat. With thinner bottom pots, use medium heat. The cancha cook better in a single layer, so don’t pour in too much, otherwise you may end up with some burned kernels. Allow them to drain well on paper towels before serving. 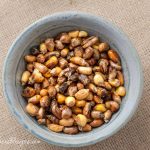 More Snack Recipes From Other Blogs