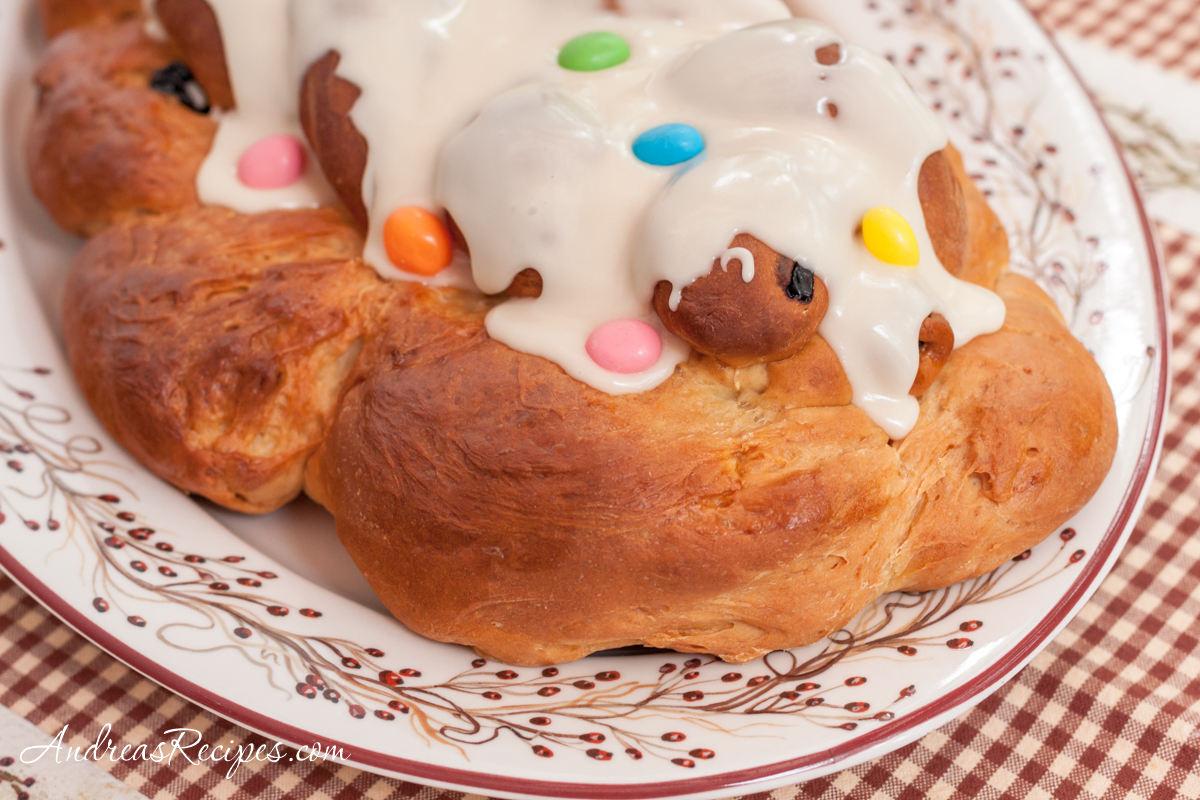 For years Michael has been telling me about the Easter bread his mother made, and for years I’ve been trying to obtain the recipe. I finally succeeded in getting two recipes: one from his mother, a scan of a page taken from an unknown cook book over 50 years ago; and the other from his brother Chip which originally came from Uncle Tom. His mother began making braided bread for Christmas and Easter during the first year they were married, a departure from her family’s Easter babka. She didn’t have her mother’s babka recipe, so she started her own family tradition. For several months there were email discussions back and forth on which recipe was better than the other and why, and I wanted to make sure I honored this family favorite. 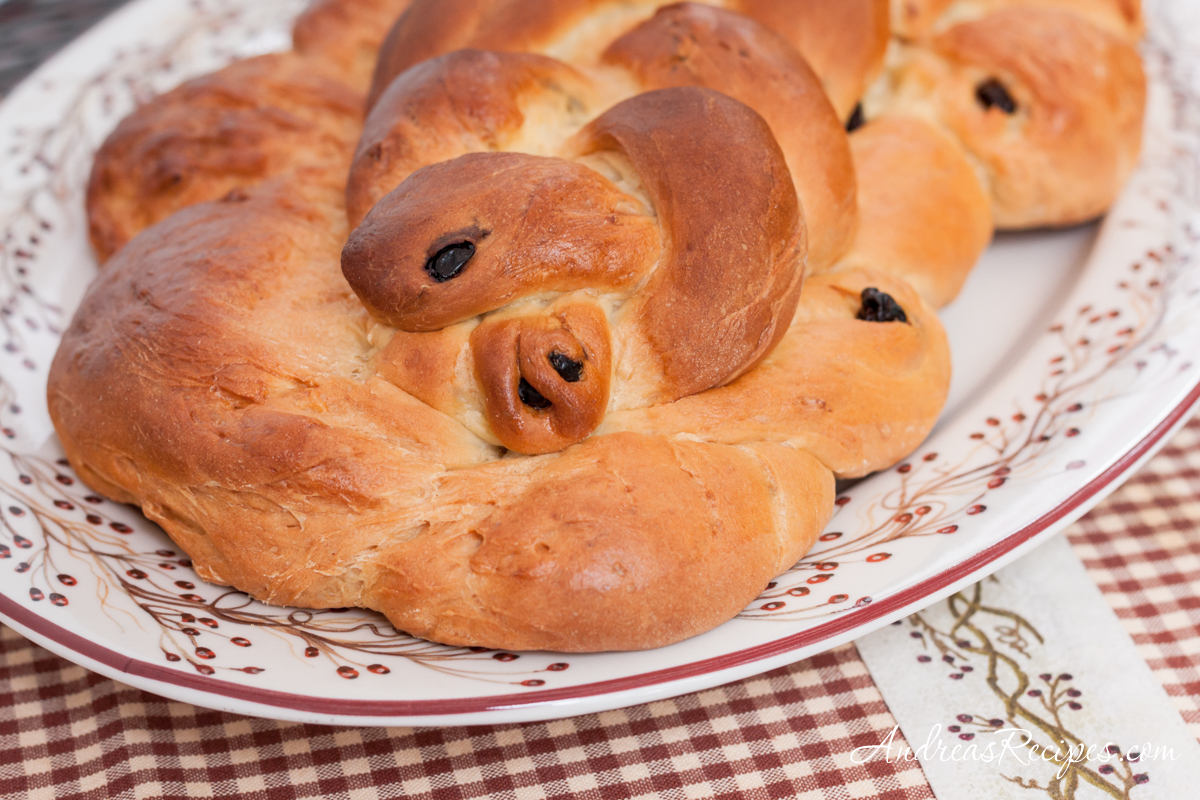 I thought about using dried cherries instead of raisins, and Michael was fine with that. Then I had to figure out the glaze recipe, which was not on the original scanned page, and after racking Michael’s brain on ingredients and thickness, we called his mom again. Her glaze is actually more like a buttercream frosting, and I just made a simple milk and sugar glaze, but thick enough to hold the colorful jelly beans. I must admit I felt a little intimidated about taking on this family tradition, but thankfully Michael liked the bread I made and the boys love the jelly beans on top. 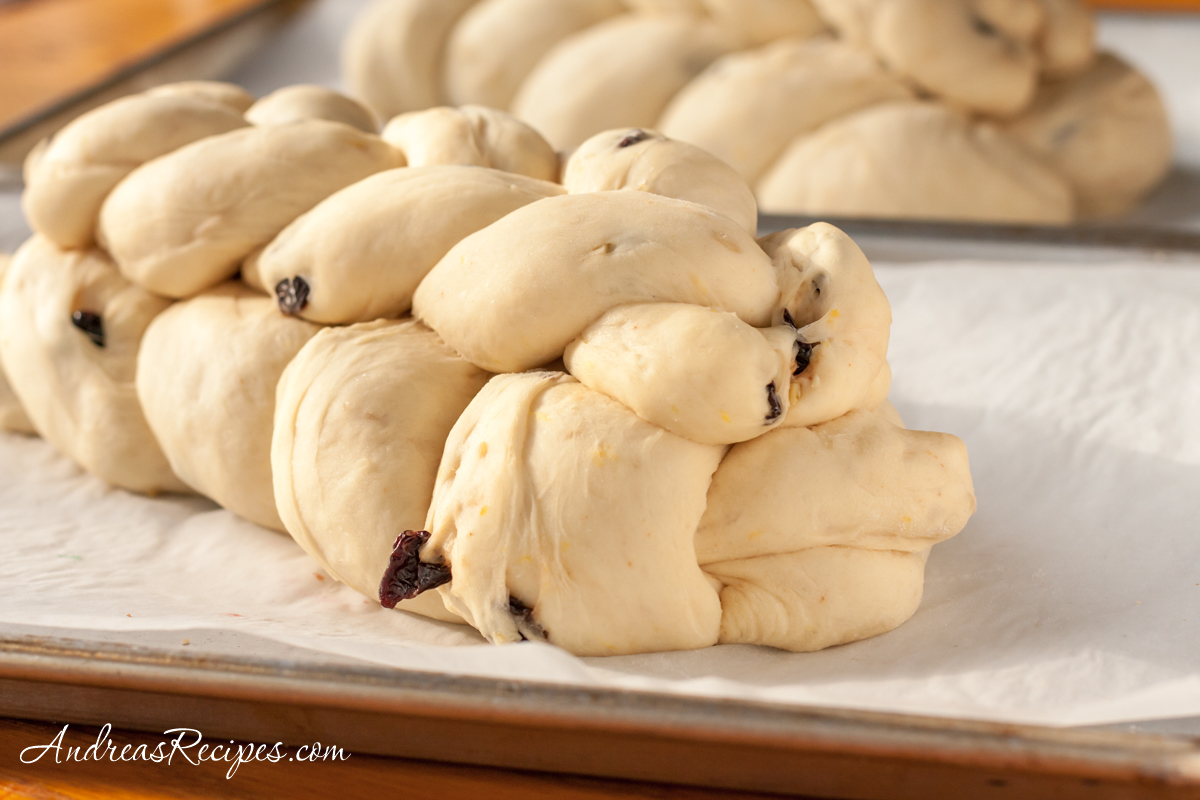 So a new tradition is born for our family.

The dough is flavored with mace and lemon zest and studded with almonds and cherries or raisins, and at Christmas you can flavor it with orange zest and nutmeg and add dried cranberries. It’s a versatile sweet dough that you can use for many different shapes. You can decorate with the glaze and some jelly beans or mini malted Easter eggs, or you can skip them if you prefer. 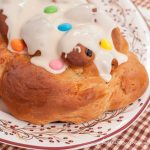 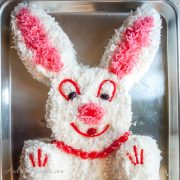 Easter Bunny Cake and a Lesson in Frugality 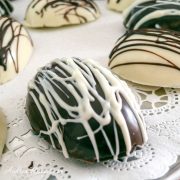 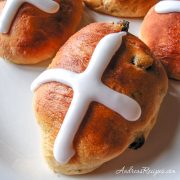 More Sweet Easter Recipes From Around the Blogs