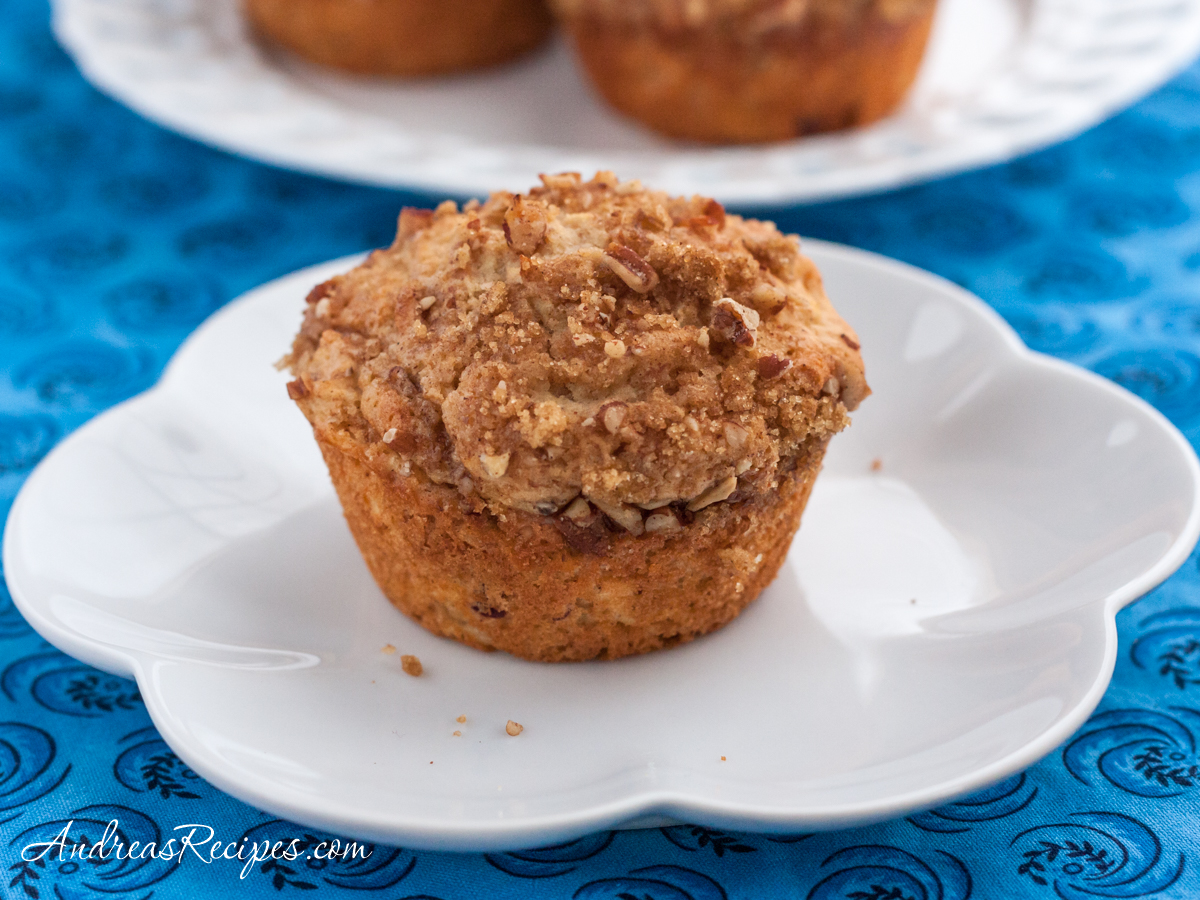 Weekday morning breakfast is usually a quick affair for us with leftovers from the weekend or perhaps cereal with fruit. But today we woke up to ice on the roads and an announcement that schools were closed, so I decided to do something fun and make apple cinnamon crunch muffins. The recipe comes from Michael's mother, a variation on her blueberry muffins that we enjoy during our treks to the family camp. The boys made quick work of them and there are none left for a snack!

My three-year-old wanted to help make breakfast, so I put him to work sifting the dry ingredients. I measured the flour, sugar, salt, baking powder, and cinnamon, and he sifted and whisked the mixture for me. He was quite a little helper!

These are easy to whip up on short notice, and you can save time by premixing the dry ingredients and topping the night before. The muffins are on the small side, not like big gourmet muffins, but for little appetites that's a good thing. If you want bigger muffins, you can make just eight muffins or you can make a double batch of batter and bake 18 muffins instead of 24. Whether you like big or small muffins, these make a tasty treat on a cold morning. With a hot cup of English Breakfast tea, I enjoyed a nice breakfast today, even though the boys were bouncing off the walls.

The topping makes enough for at least two batches, so you can save the extras for another time. And for a quick breakfast or brunch item, mix the topping ingredients, and sift together the flour, sugar, baking, powder, salt, and cinnamon the night before. 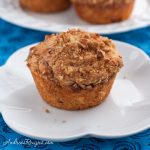 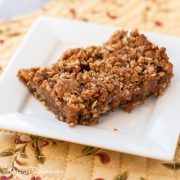 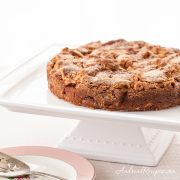 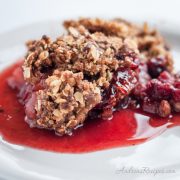